Bharti Singh recently celebrated her birthday and husband Haarsh Limbachiyaa made sure to make it special for her by showering her with expensive gifts. 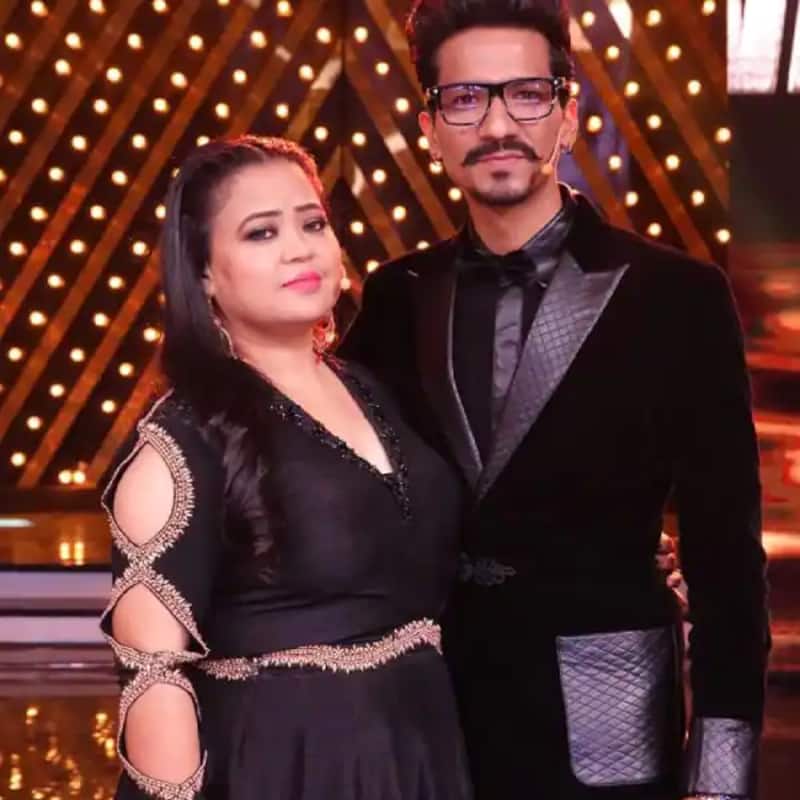 Bharti Singh and Haarsh Limbachiyaa make for the cutest couple in town. The two stars seem to be perfect for each other. They recently welcomed their son Golla and have been over the moon since then. While Bharti is being a doting mother, Haarsh Limbachiyaa recently proved that he is the best husband ever. It was Bharti's birthday recently and Haarsh made sure to make it special for her. He bought a gift that is considered to be a girl's best friend. DIAMONDS! Also Read - Jug Jugg Jeeyo success bash: Kiara Advani gets massively trolled as she ditches pants for a long blazer look; netizens say, 'Didi pant toh pehen lo'

Bharti Singh flaunts the expensive gift
The comedienne recently had a live chat session with her fans. During the session, she flaunted the shinny solitaire diamonds that she received as a birthday gift from her husband. She showered him with kisses and also joked that he took a loan to buy these earrings. Apart from the solitaires, Haarsh also gave Bharti Singh a limited edition bag by Gucci x Adidas. Later, she stated that they work 12 hours a day and all of this is taken by hard-earned money. How cute are these two? Take a look at the videos below: Also Read - Trending Entertainment News Today: Fans concerned for pregnant Alia Bhatt, Madhuri Dixit's alleged lip job, Uorfi Javed hospitalised and more

Eloborate birthday plans
Apart from the gift, Haarsh Limbachiyaa also planned a sweet getaway for Bharti Singh. The family went off to Amby Valley for a quick and sweet holiday. He made some special arrangements to make Bharti Singh's birthday delightful. He sure is the Best Husband Ever isn't he? Also Read - Ahead of Sussanne Khan-Arslan Goni wedding, here's a list of Bollywood divas who found love again and married for the second time

Talking about their son, the star couple has named their little munchkin Laksh. It was after almost three months of his birth that they revealed his name. They are yet to share the picture of the little one revealing his face.