Bharti Singh and Haarsh Limbachiyaa's baby boy who they fondly call Golla has turned one month old. The Kapil Sharma Show actress shared adorable pictures with Golla, check them out below: 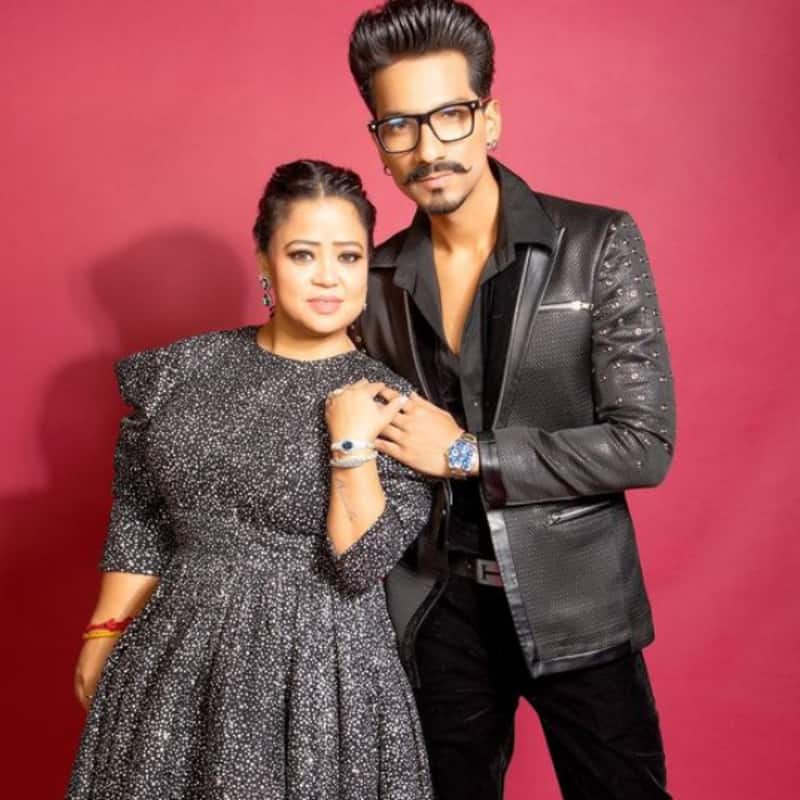 Bharti Singh and Haarsh Limbachiyaa welcomed a baby boy in April this year. The two have been managing their work-life and parental duties quite well. And just recently, Bharti and Haarsh's Golla turned 1 month old. Doting mother Bharti Singh took to her Instagram handle and shared the two cutest pictures of Golla with herself and Haarsh. However, she has yet not reveal his face. Bharti replaced Golla's face with a heart eyes emoticon. Also Read - Trending Hollywood News Today: Lindsay Lohan sparks marriage rumours; Jungkook and Charlie Puth in a BL relationship and more

The first picture is of Haarsh holding the little munchkin. He is showering him with kisses. "Happy one month golle," she captioned the picture story. She played Tu Mera Dil Tu Meri Jaan from Aamir Khan and Manisha Koirala starrer Akele Hum Akele Tum. The second story is of herself and Golla. She is holding Golla with one hand and flaunting his nickname sign as they celebrate his one month birthday. She played Darshan Raval's Tu Mileya in the background. Yet again, Bharti didn't show her baby boy's face. Guess we would have to wait a little longer. Check out Bharti and Haarsh's snaps with their baby boy below: Also Read - Trending Entertainment News Today: Kaali's poster with a Goddess smoking draws flak, Top Bollywood actress having trouble adjusting with in-laws and more 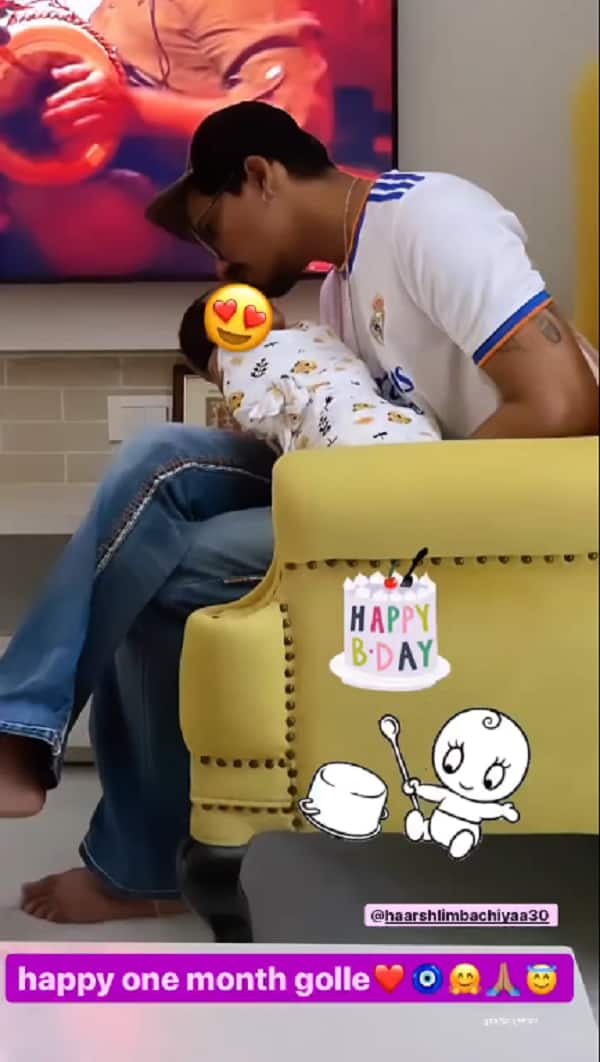 Also Read - Bigg Boss OTT 2: Ranveer Singh will NOT replace Karan Johar as the host of the web series of controversial reality show 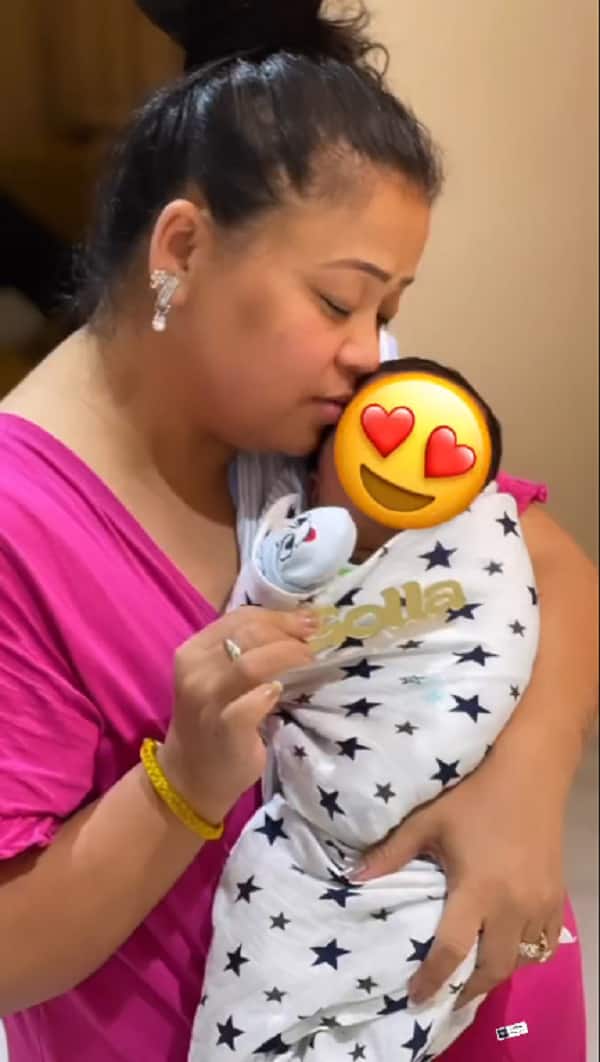 Meanwhile, Bharti had also shared a new vlog in which she revealed a 'good news. The actress was seen shying away and blushing a lot and said that even Haarsh has a big role in the 'good news'. But before you jump the gun, no she is not pregnant again. In Bharti's new vlog, y'all will see Bharti leaving the house in anger. It so happened that she had been wanting to go out with her family for lunch and everything was ready but the family ditched her at the last moment to be with Golla. And hence, Bharti took off and went on a drive. You deserved some time off, Bharti! Check out the vlog and what the 'good news' is, below:

In other news, Bharti and Haarsh had said that they'd reveal their baby boy's face soon. Guess we have to wait a little longer. Anyway, wish you a happy 1 month of your birthday, Golle!