Jasmin Bhasin who sizzled in Sajaunga Lutkar Bhi with Aly Goni recently opened up on getting death and rape threats after she was evicted from Bigg Boss 14. The actress revealed how she coped with all the trolling and abuse. 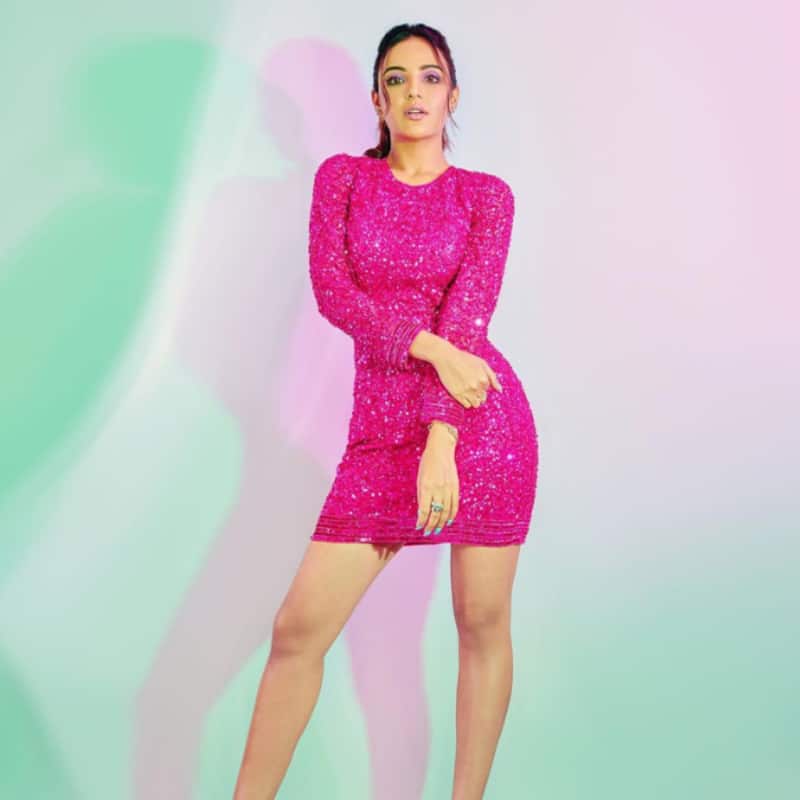 Jasmin Bhasin and Aly Goni recently set the internet on fire with their sizzling hot chemistry in a music video Sajaunga Lutkar Bhi. The two have been thick as thieves before and later started dating during Bigg boss 14. Jasmin Bhasin was the contestant and Aly Goni entered the house as a wildcard. He eventually went on to stay for a longer duration. Coming back to Jasmin Bhasin's journey in Bigg Boss 14, the actress had a tumultuous journey inside the house. Recently in an interview, Jasmin revealed that she got death and rape threats after the stint ended in Bigg Boss. She also revealed how she coped with all the online abuse. Also Read - Fahmaan Khan-Sumbul Touqeer epic reunion on Bigg Boss 16: Sidharth Shukla, Rahul Vaidya and other celebs who had such moments

Jasmin Bhasin had been one of the top trends in Entertainment News during her stint in Bigg Boss 14. She had a lot of ups and downs. She was also at loggerheads with other contestants for which she faced a lot of online abuse. Recently, as Jasmin sat down for a chat, she revealed that after her eviction from Bigg Boss 14, she got received a lot of death and rape threats. Yes, shocking, right? Before the threats, she was constantly at the receiving end of trolls. The actress shared that people gave her death and rape threats just because they didn't like her in one reality TV show. Also Read - Bigg Boss 14 duo Aly Goni and Jasmin Bhasin better than Karan Kundrra-Tejasswi Prakash? Fans hail the couple for THIS reason

Jasmin Bhasin shares how she coped with abuse

Jasmin Bhasin said that her strong pillar of support was her family and her friends who helped her deal with all the hate. Jasmin also revealed getting medical help for the same. "What I faced was very serious. All of that affected me mentally at some point. But I got over it with medical help and my friends and family who love me," the Dil Se Dil Tak actress told News18. Jasmin is now a very strong person and has learned to ignore the faceless and anonymous trolls. She said that she's all love for love but if someone chooses to hate her, it's their decision, adding that she's very busy in her life anyway. Also Read - Bigg Boss 16: From Archana Gautam to Jasmin Bhasin — Contestants who had the most DRAMATIC exits from Salman Khan's show

Jasmin also added that actors or actresses don't choose this profession to get trolled or abused online. She said that the trolls lack the guts to say all the things on their face and are jobless.