Bigg Boss fame Rakhi Sawant walked down the aisle with her boyfriend Adil Durrani. Her wedding pictures have left fans shocked; have a look. 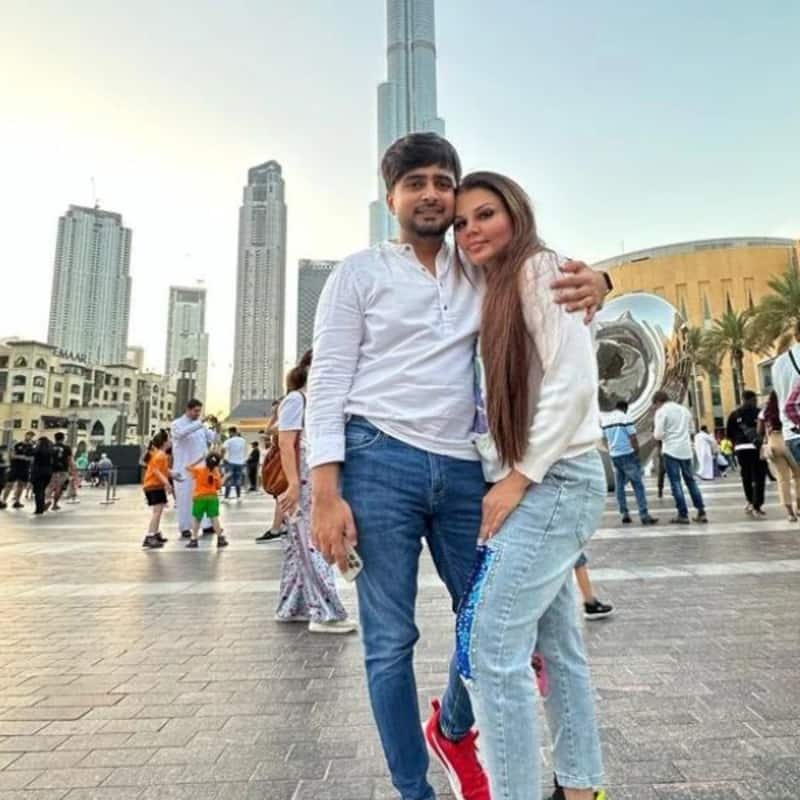 Popular TV actress Rakhi Sawant has always managed to be in news for some or the else reason. The actress had grabbed attention with her relationship with her boyfriend Adil Durrani. Both, Rakhi and Adil expressed their love for each other and their romantic PDA gave major couple goals to many. Well, recently Rakhi and Adil got secretly married and managed to hide their wedding news from the public glare. The head over heels in love couple had a court marriage and their first picture post-wedding has gone viral all over social media. In the picture, Rakhi and Adil were seen wearing garlands around their necks. Also Read - Rakhi Sawant gets a shocker post Bigg Boss Marathi 4 exit; shares heartbreaking video from hospital asking for prayers as mother fights brain tumor

Rakhi looked pretty in a white and pink colored sharara and added wedding glam to her look as she put a scarf on her forehead. While Adil looked simple as he wore denim jeans paired with a black shirt. In another snap, Rakhi and Adil were seen signing their marriage papers. Fans were taken aback by Rakhi and Adil's wedding pictures. Several fans even congratulated Rakhi on her marriage news. Also Read - Bigg Boss 16: Ankit Gupta, Abdu Rozik and more - Meet the biggest flirts of Salman Khan's show ever

Have a look at Rakhi Sawant and Adil Durrani's wedding pictures - 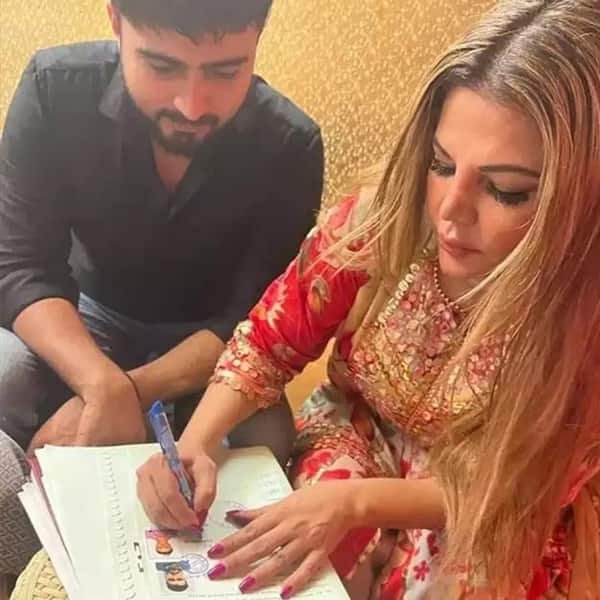 Rakhi Sawant got married for the second time as she walked down the aisle with Ritesh Raj. Rakhi had shared her wedding pictures on social media but did not show Ritesh's face. Rakhi even her husband Ritesh into Salman Khan's reality show Bigg Boss season 15. Fans were surprised to see Ritesh in the show and later believed that he is Rakhi's husband. Post Bigg Boss 15, Rakhi parted ways from Ritesh and also accused him.