The first three months of 2019 saw the launch of many new TV shows with fresh concepts and new faces. Daily soaps like Dil Toh Happy Hai Ji, Divya Drishti, Gathbandhan, Happu Ki Ultan Pultan, Kesari Nandan and Yeh Rishtey Hai Pyaar Ke debuted on the small screen. While a few of these shows saw the return of popular faces, some serials cast new talent altogether. The audience love watching new shows with fresh pairs and that’s what they voted for in our poll for Best TV Jodi of the first quarter of 2019 with Shaheer Sheikh and Rhea Sharma’s chemistry winning hearts and the title. Also Read - #BLBestof3: Vicky Kaushal's 'How's the josh?' beats Alia Bhatt's 'Dhoptungi' to become the best dialogue 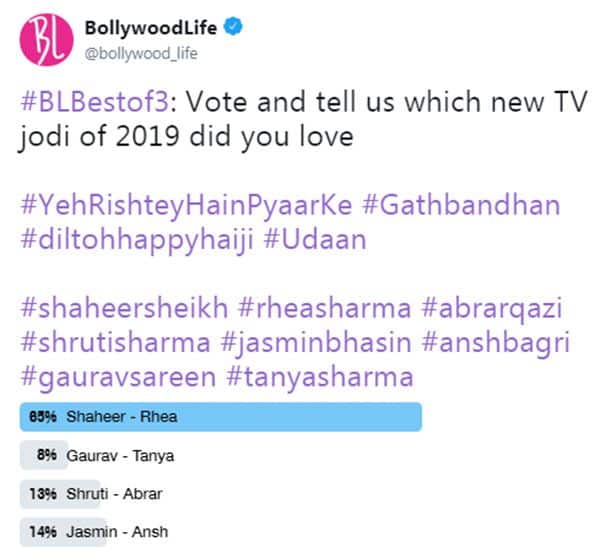 Also Read - Anil Kapoor is overwhelmed on winning the Best Jodi poll with Madhuri Dixit, thanks fans for 'all the love' over 33 years 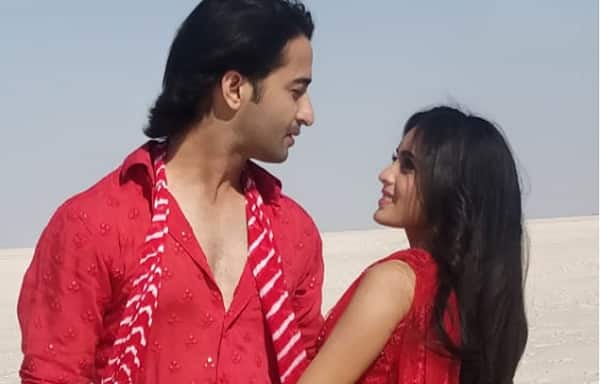 Yeh Rishtey Hai Pyaar Ke is enjoying popularity ever since it was launched. The show is a spin-off of Yeh Rishta Kya Kehlata Hai and ever since the promos were launched, the show had been getting good reviews. Their characters, Abeer and Mishti are being loved by fans and hence they have emerged as the winners with a sweeping 65 per cent of votes.

Jasmin and Ansh share a love-hate relationship on the show. They fight, but also care for each other. On one hand, while Jasmin’s character is chirpy and bubbly, Ansh’s role is very serious. Janta Janardhan have given the verdict to Jasmin and Ansh’s chemistry with a voting of 14 per cent.

Both Shruti and Abrar made their television debut with Gathbandhan and the show is gaining popularity day-by-day. Viewers are enjoying Dhanak and Raghu’s chemistry on the show and hence these two were showered with love with 13 per cent votes in the Best TV Jodi poll.

Udaan is an extremely popular show and has been running for more than five years now. Gaurav Sareen and Tanya Sharma recently entered the daily drama. But it seems like the audience has still not fully accepted this Jodi as Gaurav and Tanya managed to earn only 8 per cent votes.

We have now entered a new month with several new shows being launched and we cannot for what’s in store.

Stay tuned to Bollywoodlife for more scoops and updates.