Shaheer Sheikh and Ruchika Kapoor got married in November 2020. A few weeks ago, Shaheer had organized a baby shower ceremony for Ruchikaa and its pictures went viral. 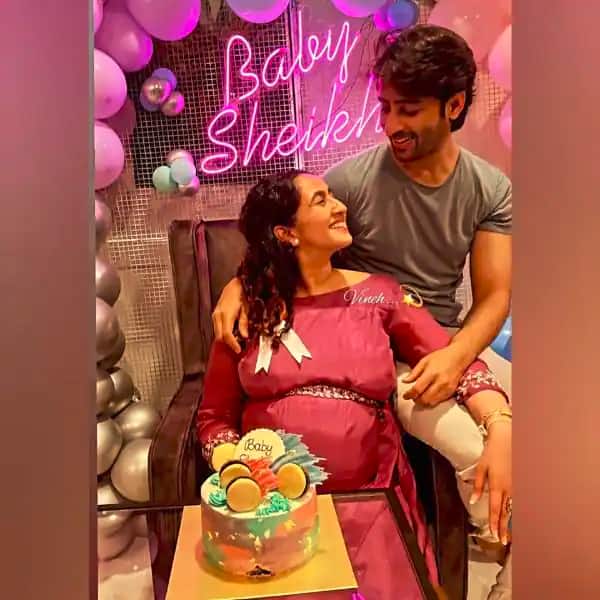 They got married in November 2020. In June, fans got a hint about her pregnancy from her Instagram story in which she had posted a picture of some new outfits she received from a clothing store that sells maternity wear. In another picture that Shaheer shared, her baby bump was quite visible. Also Read - Pavitra Rishta 2 actor Shaheer Sheikh expresses his happiness of becoming a father; says, 'It took almost three days to sink in'

Earlier in an interview with ETimes, Shaheer spoke about how life has changed after marriage. He said that they have entered a new phase of life and are learning new things every day. Shaheer also mentioned that he was living in Mumbai alone for so many years and hence is learning to share his space with someone now. He also shared that he loves cooking for Ruchikaa.

He also spoke about the wedding reception they were supposed to have in June 2021. He had said that it was cancelled due to Covid-19. “I lost two close relatives, who lived in Jammu, to COVID-19, so at the moment, I am a bit scared and anxious for the safety of my parents and everyone else. I would like my parents to come to Mumbai, but I wonder whether it would be safe for them to travel at the moment. I never wanted a big fat wedding, of course, my parents wanted us to get married in a grand manner, but I like things to be simple."