Can you spot Kapil Sharma in this throwback pic? We are clearly struggling to identify him

Kapil Sharma has shared an old pic from his college days, and boy we are struggling to spot him 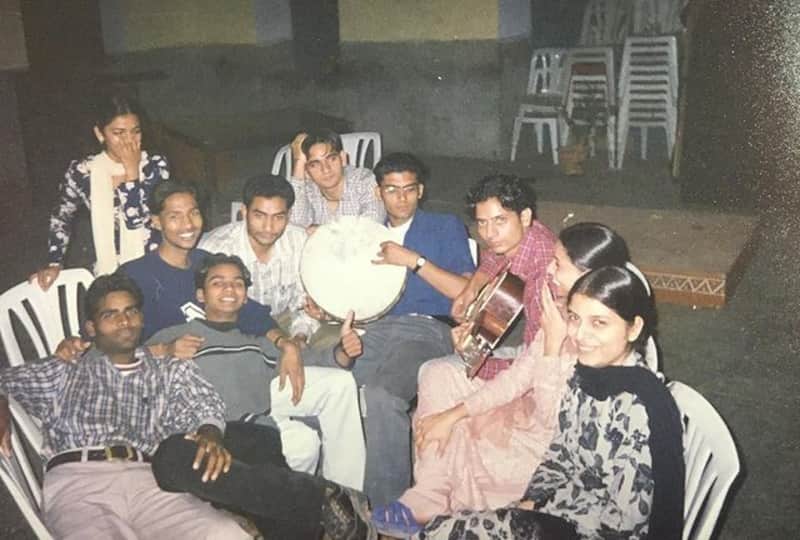 Kapil Sharma has shared a throwback pic from his theatre days and boys we are struggling to recognize him. It is from his theatre days. We can see him sitting with his friends after a musical rehearsal. During his college days, Kapil Sharma was active in both singing and theatre. In fact, he had aspirations of being a singer. He captioned the pic, "After finishing the rehearsals of our play, musical session with my team, find me in the picture? N write in comments below...#old #memories #college #theatre." His friends Rajiv Thakur (Firangi director), Lakhwinder Wadali and Anadi Mishra left comments saying how much they missed those days. Also Read - The Kapil Sharma Show fame Upasana singh sues Miss Universe Harnaaz Sandhu for breach of contract – [Deets Inside]

Kapil Sharma studied at Hindu College Amritsar and Appejay College of Fine Arts in Jalandhar. He was a good student throughout in his areas of interest. Fans know that comedian Bharti Singh was his junior in college. His good friend Rajiv Thakur has also been with him since those days. Thakur commented, "Aur main hamesha dukaan pe chala jata tha, jab masti karne ka time aata tha @kapilsharma...Always missed these sessions." Lakhwinder Wadali who is from the family of the legendary Wadali Brothers also said he missed those days. Also Read - Sunil Grover-Kapil Sharma, Sidharth Shukla-Rashami Desai and more TV celebs who grabbed headlines for their NASTY fights

Kapil Sharma is coming back with The Kapil Sharma Show in some days. He took a break of few months to be with his family. The comedian was blessed with a son, Trishaan in February 2021. He has said that he wants to give adequate time to his kids. Kapil Sharma has apparently hiked his fee for the show. It is being produced by Salman Khan's production house. The regulars will join him. Plus, he has also tied up with Netflix. After a rough patch of two days, he bounced back with full vigor and energy. Also Read - Happy Birthday Sunil Grover: Here are six famous characters of the funnyman that always make us ROFL