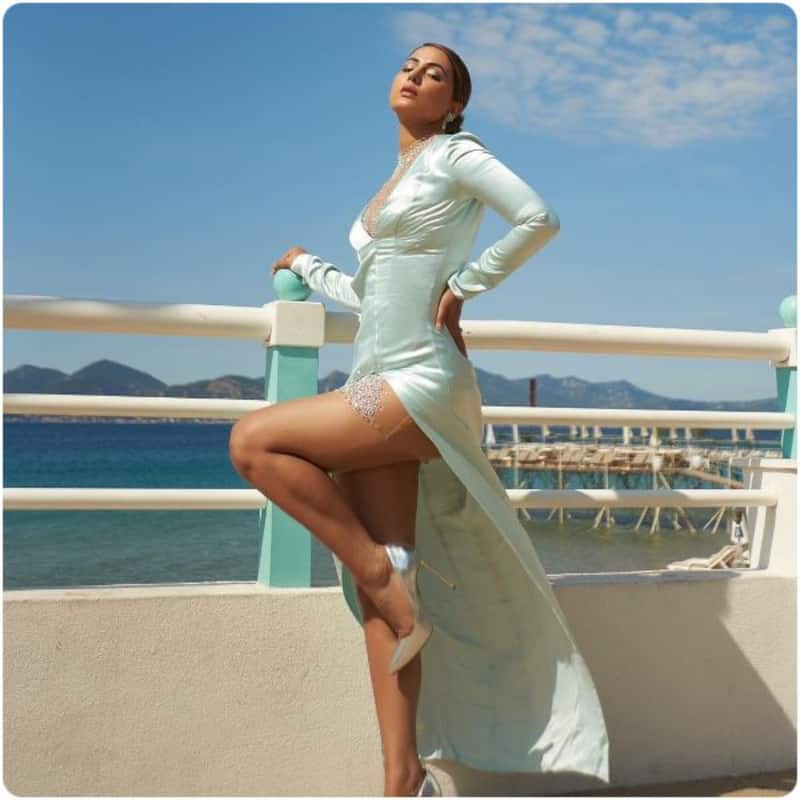 Hina Khan has said the blame for regressive TV content lies with the desi audience that is not very encouraging towards modern concepts. Hina Khan just left Cannes 2022 after promoting her movie, Country Of The Blind. This is her second trip to the French Riviera. She said that TV producers only make shows that have a definite market, which happens to be a regressive and traditional one. Hina Khan said that TV producers have made out-of-the-box and progressive shows but they have flopped. Hina Khan said the the only way to break this rut was to make progressive shows across channels so that people would not have a choice. As quoted by DesiBlitz, Hina Khan said, "Then people may not have a choice and then they will start watching progressive content, but that’s a huge call to be taken. It will take another 50 years I guess." Also Read - Ankita Lokhande, Mouni Roy, Rubina Dilaik and more celebs whose toned legs in slit gowns show the work they put in for the leg muscles [View Pics]

She also spoke about how TV stars were looked down upon. Hina Khan has often discussed this elitist attitude that seems to be way more deep-rooted than what people believe it to be. Hina Khan said she is open to doing more films if she gets them. Hina Khan said that she fails to understand why TV stars are looked down upon by many. Hina Khan said that TV stars work under stressful conditions and are trained differently. She was quoted as saying, "I know how films are shot, how comfortable and how much effort and training goes on before shooting starts. That does not happen in television. We are given a bunch of scripts every day." Also Read - Khatron Ke Khiladi 12: From Aneri Vajani to Shivangi Joshi — THESE 8 TV stars fail to make it to top 5; get eliminated before the finale

She said that TV stars shot for 18 hours a day. Hina Khan said they could deliver close to ten pages of dialogues in a day as that is how TV stars are trained to perform for telecast deadlines. She said that people call out TV stars for over the top acting. Hina Khan said that it did not mean that they could not do movies. She was quoted as saying, "Maybe we need certain training, maybe we also need a film to understand ‘that oh my god, I need to do this a little subtle. I need to improve here’. Also Read - Before Vijay Deverakonda in Liger, Kichcha Sudeepa, Siddharth and these other actors went completely NUDE in Telugu movies [View Pics]