Chahatt Khanna opens up on why she shamed Urfi Javed's outfit and took a dig at her; 'It was really getting tough to tolerate'

Chahatt Khanna finally opens up on why she shamed Urfi Javed and what was the need for the same. Because many feel that the TV actress invited an unnecessary controversy for her. 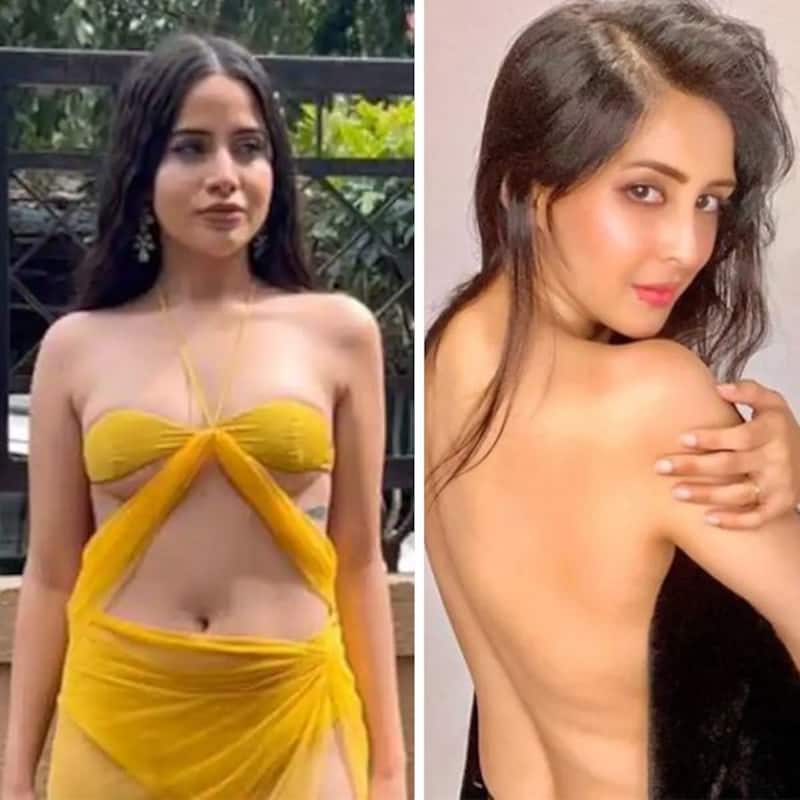 Chahatt Khanna recently shamed Urfi Javed for wearing bizarre outfits every time she steps out in the town. Urfi Javed often gets trolled for what she does, but the girl never says heave to it. And she even slammed Chahatt Khanna for shaming him and got extremely nasty with her comments toward her. While in the latest interview with ETimes, Chahatt Khanna finally opens up on why she shamed Urfi and what was the need for the same. Because many feel that the TV actress invited an unnecessary controversy for her. Talking to ETimes Khanna said, " Nothing happened, just that it was getting tough to tolerate this nonsense happening for months on social media. So I finally spoke about it, and she replied in her level of class."
What Chahatt Khanna said about Urfi Javed
The Bade Achche Lagte Ho actress took to her Instagram stories and wrote, " Who wears this? And on the streets? I mean anyone would remove their clothes and the media makes them a celebrity? Is Indian media so vulnerable? It's easy to buy this cheap publicity and media, this cheap show you'll are promoting to our generation. Anyone would pay for spotting and do anything or even go nude and you will carry? This is obnoxiously sad!! God bless you with some wisdom."
Urfi Javed turned nasty with her comments and slammed Chahatt Khanna for shaming her
Urfi who is right now hospitalised owing to health issues lashed out at the TV actress for shaming her and even picked on Ranveer Singh for going nude and why she doesn't have any opinion for the Bollywood actor, " At least I don't buy followers! Also if you would do your homework, I was there for an interview, I was dressed for an interview which is non of your business, you're just jealous that even after paying the paps they are not covering you. @chahattkhanna also whatever anyone does on this earth is none of your business, why didn't you upload this story for Ranveer Singh? Shows your hypocrisy. See I didn't judge you for your TWO divorces, dating away younger men so why judge me?".
Urfi didn't stop here, she even aged-shamed Chahatt and called her aunty for being too judgmental. Earlier ace designer Farah Ali Khan faced the brunt for commenting on Urfi's outfit. Javed also locked horns with Kashmeera Shah and Rahul Vaidya on the same topic.
Also Read - Did R Madhavan take a dig at 50-plus actors who still play romantic heroes onscreen? Watch Exclusive video
Advertisement
Stay tuned to BollywoodLife for the latest scoops and updates from Bollywood, Hollywood, South, TV and Web-Series.
Click to join us on Facebook, Twitter, Youtube and Instagram.
Also follow us on Facebook Messenger for latest updates.
Advertisement