Code M actress Jennifer Winget gets candid about wearing a uniform onscreen; reveals why she was sceptical about part 2

Jennifer Winget has enthralled all by playing Major Monica in Code M 2. The actress recently spoke about wearing a uniform and how empowered she felt while shooting. 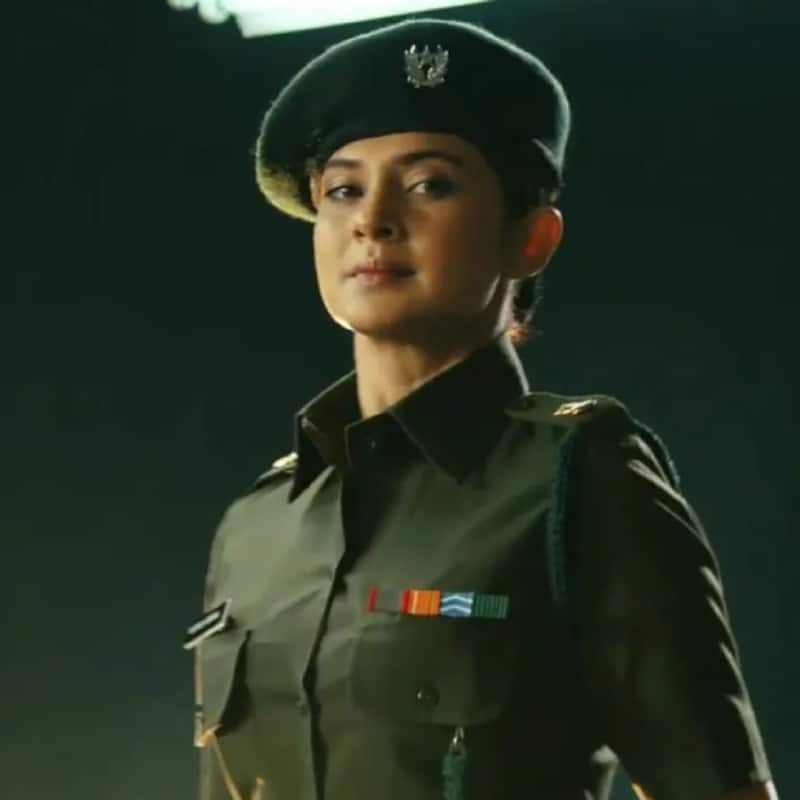 Jennifer Winget has been showing off her acting prowess since Dill Mill Gayye days. Since then there has been no stopping for her. Beyhadh, Bepannah, Saraswatichandra and more - Jennifer Winget has been a part of many hit shows. Now, she is all about the second season of her web show Code M. The first season was a super-duper hit and now the makers are all charged up for part 2. In the show, Jennifer Winget plays the role of a police officer. She has donned the uniform and feels extremely proud of it. Also Read - Trending South News Today: Jr NTR’s Hollywood debut, Tamannaah Bhatia's gesture wins hearts, Karthikeya 2 Hindi version shows fantastic growth and more

Jennifer Winget talks about wearing a uniform in Code M
In an interview with TellyChakkar, Jennifer Winget mentioned that she felt empowered to be donning the uniform of a police officer. She said, "Whenever I wore the uniform I felt a sense of empowerment. I just loved the feeling. The character is so gripping that I just grabbed the opportunity." Also Read - Madonna Birthday Special: 10 hottest pictures of the Queen of Pop that will set your screens on fire

Why was team Code M skeptical?
In the same interview, the actress also mentioned that the team was nervous and skeptical about the second season as it has been a long gap between seasons. She said, "We have already received an amazing response for Season 2. We were nervous, but we have done better before. Initially, we were sceptical as there is such a huge gap between Season 1 and Season 2, but thankfully, we have received positive feedback for the series." Also Read - Kareena Kapoor Khan, Shilpa Shetty, Bipasha Basu and more B-Town beauties who embraced motherhood in their 40s

Well, we sure Jennifer Winget's fans are more than happy to see her in a police uniform and fighting the goons in Code M 2. She essays the role of Major Monica in the show. Check out the trailer below:

Did you like it? Tweet to us at BollywoodLife and tell us. Until then, watch this space for more updates.