Satrupa helps the Daayan to be freed. In order to become immortal, Satrupa takes Janhvi to the Daayan Lok and the daayan kills her to complete her rituals

Daayan had very interesting episodes on June 8 and 9. Loyal fans wouldn't want to miss them as they showed Janhvi being killed by the daayan and Prachi revealing Satrupa's secret to everyone. But in case you missed it, worry not! we have you covered as we will give you a frame by frame (literally) recap of what went on in the show.

Janvhi And Vijesh Bring The Mirror In The Temple 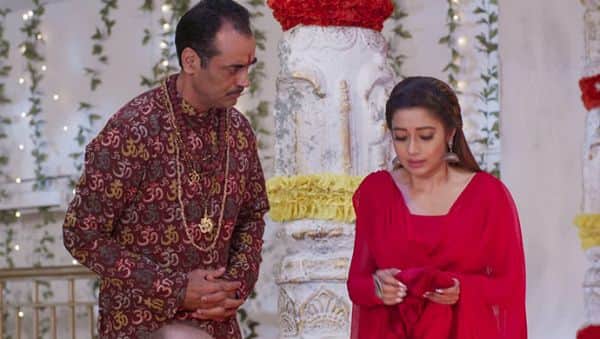 In the previous episodes of the popular show Daayan, Janhvi and Vijesh bring the magical mirror in the temple so that they can destroy Daayan once and for all.

Satrupa Comes To Save Daayan 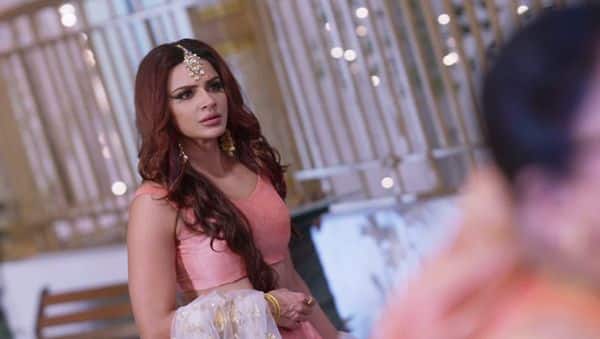 Satrupa (Aashka Goradia) tries to enter the temple but because of her evil powers, she is unable to do so. She uses her powers to get the mirror from Janhvi and gets successful. Immediately she lets Daayan come out of the mirror.

Janhvi To Find A Way To Daayan Lok 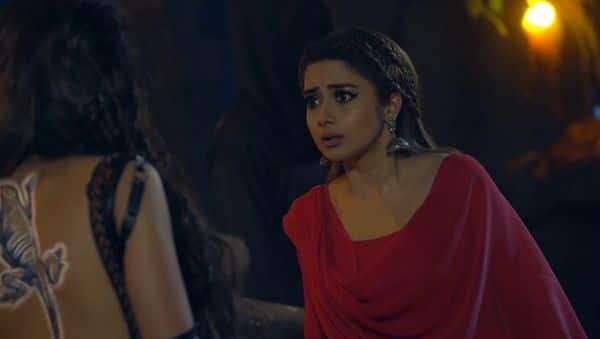 After the Daayan sets free, Janhvi decides to go to the Daayan Lok and stop her from completing the ritual. She remembers about the old temple that Asha told her which is also a way to Daayan Lok.Janhvi and Vijesh reach there but it turns out that it was Daayan’s trap to get Janhvi in which she succeeds. 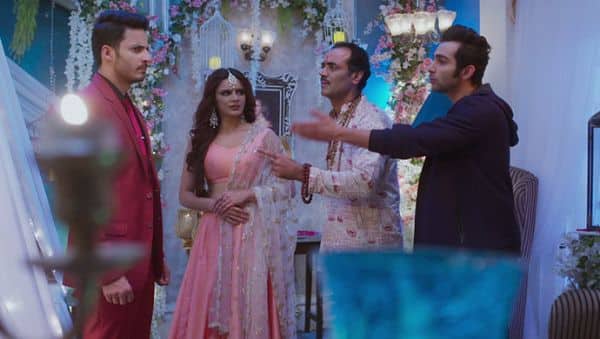 Vijesh sees Daayan taking Janhvi with her to Daayan Lok. He comes home and tells it to everyone. Having no other option left they go to Aakarsh. They try to remind him that Janhvi is his real wife by telling him about the incident when they tried to kill him with the dagger but Janhvi was the one who saved him.

Daayan Is About To Complete The Rituals 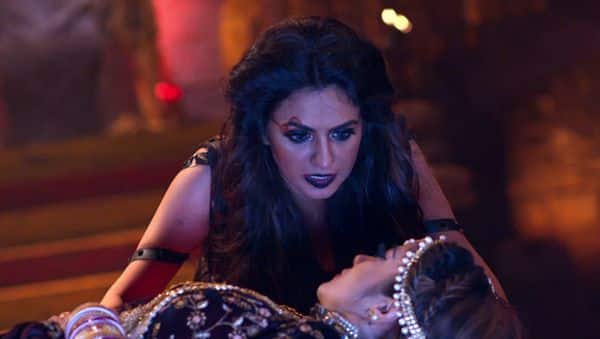 Aakarsh Is Disturbed With Janhvi’s Thoughts 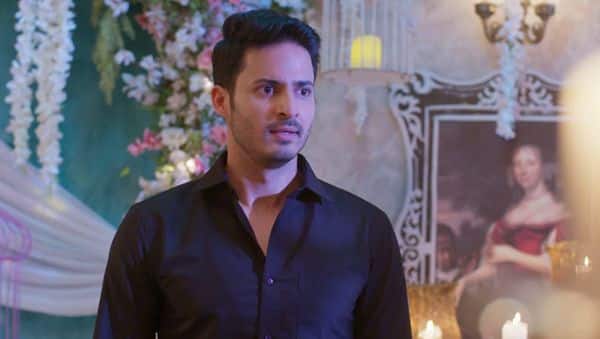 When Aakarsh gets close to Satrupa, he keeps on seeing Janhvi instead of her. Later he gets a feeling that Janhvi is in danger and decides to go and see what is happening to her. Satrupa tries to stop him but Aakarsh tells her that he will be back soon. 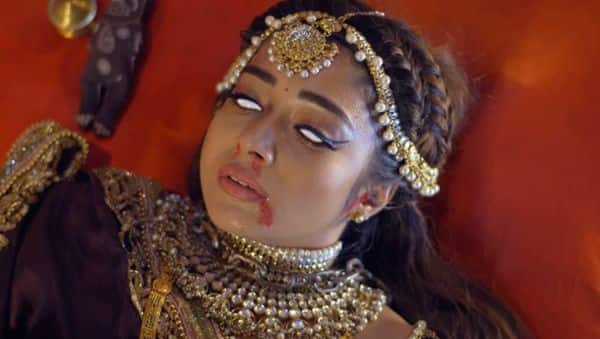 The moment Aakarsh reaches Daayan Lok, the Daayan tells him to stay away and kills Janhvi. She gets successful and gets powers from Vaitalini which make her the most powerful and immortal Daayan. 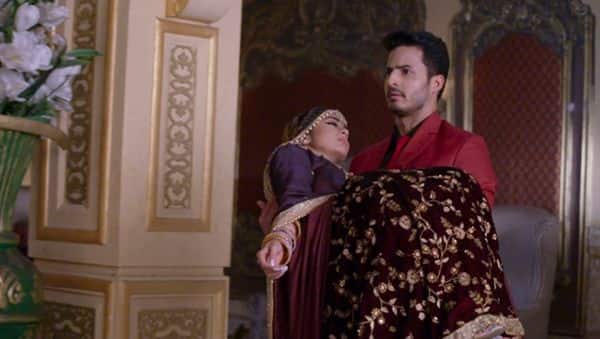 Aakarsh takes Janhvi’s dead body with him and gives it to her family. Seeing Janhvi dead, her family gets shocked and all of them blame Aakarsh for her death. Seeing this, Satrupa uses her powers on Janhvi’s family. Vijesh immediately comes near her and begs her to leave his family. Satrupa uses her powers on him saying he was the one who helped Janhvi. Vijesh gets paralyzed.

Aakarsh To Do Janhvi’s Last Rites Janhvi’s family decides to do her last rites and move away from the bungalow forever. Dadi and Veer suggest that Aakarsh should do the last rites as her husband.Janhvi’s father goes to Aakarsh to request him to do his daughter’s last rites and seeing their sentiments, Aakarsh agrees to do so. 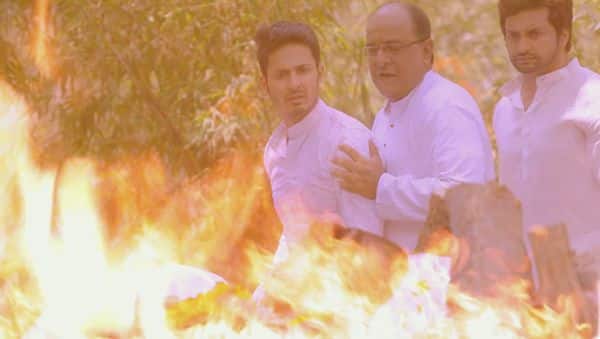 While doing Janhvi’s last rites, Aakarsh remembers that Janhvi was his lawfully wedded wife.He tries to stop the last rites but Janhvi’s family members stop him from doing so. They tell him that she has been through a lot of problems when she was alive, now when she is dead, let her go peacefully. 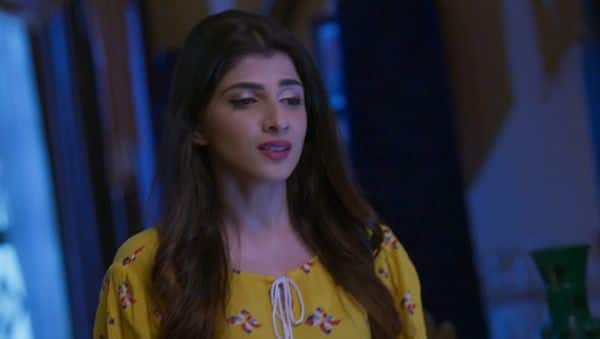 In the preview of the next episode, Prachi hears Satrupa telling Chandrika about the flower that she used on Aakarsh to wipe out his memory and forget Janhvi.She tells this to all the family members and Aakarsh.

What do you think will Aakarsh do after knowing this secret? Let us know by tweeting to us @bollywood_life.