Dalljiet Kaur was dressed in a cute denim dress and sneakers. Check out the pictures from her birthday celebrations...

Bigg Boss 13 contestant Dalljiet Kaur celebrated her birthday today. The actress had a pampering session at a spa, followed by cake-cutting ceremonies at a couple of places. She told BollywoodLife, "I feel God has been very kind. I am not someone who celebrates her birthday, but my friends surprised me. The party is continuing since last night. I am very thankful." Her friends like Vikas Kalantari, Sanaya Irani, Gautam Hegde, Rehaan Roy and Kanika Mann have wished her on social media. The birthday girl was dressed in a cute denim dress and sneakers. Check out the pictures from her celebrations...

Birthday pampering .. haha ... sounds childish na ... but it did feel good to treat myself out today! Thank u guys @cutis.in for the lovely time .. Styled by #teamhemu @diya.gangar @aashni_s97 Outfit @voski_designerstudio Jewellary @rimayu07

Dalljiet was seen as a housemate in Bigg Boss 13. In her short span of the show, the actress won hearts with her grace and dignity. Prior to her sting in Bigg Boss, the actress was playing Antara in Guddan Tumse Na Ho Payega. Dalljiet recently bought a new Mercedes and thanked God for the same. Also Read - 15 days since Sidharth Shukla's demise: 15 things that happened after the actor left us suddenly and in shock

Some dreams take a long time to come true... after a brake fail and more than a decade association with my old car which literally saw a whole changing era for me ... with a heavy heart I let it go today to make way for a new vehicle to become a part of this phase of my life. Can’t thank babaji enough for every little step of happiness and success. Truely humbled and thankful!! #newbeginning 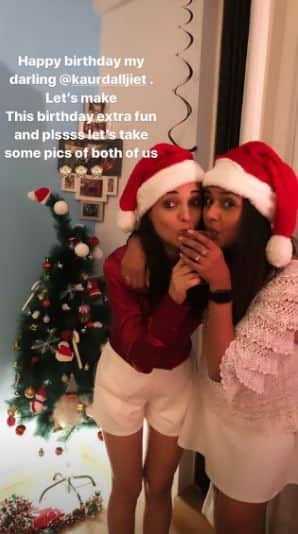