Dance Deewane Juniors: Neetu Kapoor has the best compliment for Karan Kundrra-Tejasswi Prakash's love story and it has a Rishi Kapoor connect

Karan Kundrra and Tejasswi Prakash will be seen together on Dance Deewane Juniors, and the young couple has got a big compliment from Neetu Kapoor. Read on to know more... 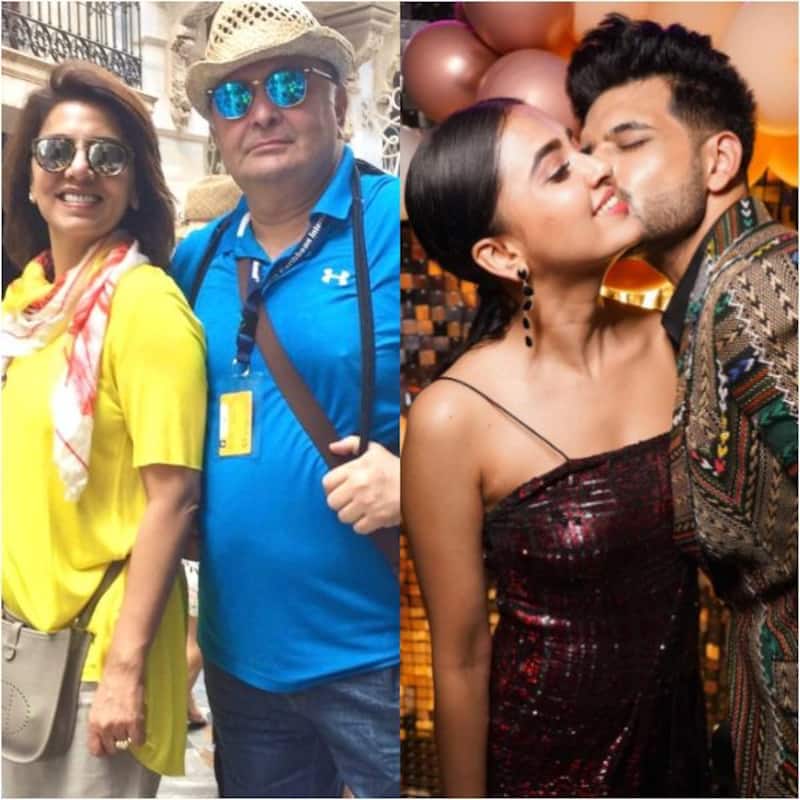 Karan Kundrra and Tejasswi Prakash started dating during their stint in Bigg Boss 15. Mostly, after the reality show gets over, couples part ways. However, Karan and Teja are going quite strong and there have been reports of their wedding as well. Now, this weekend, they will be seen hosting Dance Deewane Junior. Karan is already the host of the show, and Teja will be joining him as a special guest. Well, Neetu Kapoor, who is one of the judges on the show, gave a very big compliment to the young couple. Also Read - BTS: Desi Bangtan ARMYs stream Bad Decisions like crazy; India takes the second position after the US on YouTube numbers

According to reports, Neetu compared her and Rishi Kapoor’s love story with Karan and Teja’s relationship. She said, “Mine and Rishiji’s relationship was also like Karan and Tejasswi. We met while we were working together, and we fell in love.” Also Read - Watcho App brings an exciting line-up for K-Drama fans with 34 Korean dramas dubbed in Hindi

We are sure TejRan fans would be very happy to hear this compliment from Neetu Kapoor. Rishi Kapoor and Neetu Kapoor have always given their couple goals. When the late actor was diagnosed with cancer, Neetu stood by him like a strong pillar. Also Read - Raksha Bandhan 2022: Sara Ali Khan and Ibrahim to Janhvi Kapoor-Khushi; Bollywood siblings we wish to see together on screen

Colors TV have shared a promo on Instagram in which Marzi Pestonji asks Karan and Tejasswi a few questions and plays a very interesting game with them. The channel captioned the promo as, “Tejasswi aur Karan ki pyaari si nok-jhok ne kar diya sabka dil garden garden. Are you ready to go all aww over #TejRan?”

It looks like the episode is going to be a treat for TejRan fans. Meanwhile, recently, Karan and Teja went to Goa to celebrate the latter’s birthday. The actress cut the cake with the media there and later Karan kissed her. The video and the pictures of the same have gone viral, and fans are going gaga over their cute chemistry.