In the upcoming episodes of Dance India Dance 7: Battle of the Champions this weekend, Kareena Kapoor Khan will be seen making magic happen on stage with Bosco Martis and Raftaar. Here are some BTS pictures

The 7th season of Dance India Dance: Battle of the Champions was launched with in style with Kareena Kapoor Khan, Bosco Martis, Raftaar and Kundali Bhagya's lead Dheeraj Dhoopar who would host the show. The TV hearthrob even expressed his excitement on sharing the stage with Kareena. However, just days before the show went on air Dheeraj opted out of it citing the reason as timing issues and hectic schedules. And so, he was quickly replaced by the makers with Karan Wahi who brought in all the enthusiasm along with him. Also Read - Dance India Dance 7: Ayushmann Khurrana and Nushrat Bharucha visit the sets to promote Dream Girl

And while the first two episodes were equally energetic and entertaining, the thrid episode, which will air tomorrow, too seems to be full of magic. And the magician is none other than Kareena herself, who will be seen shaking a leg to 90's hits which featured sister Karisma Kapoor and husband Saif Ali Khan. Here's a look at some BTS pictures from tomorrow's episode: Also Read - Dance India Dance 7: Jamai Raja 2.0 stars Ravi Dubey and Nia Sharma reveal secrets about each other 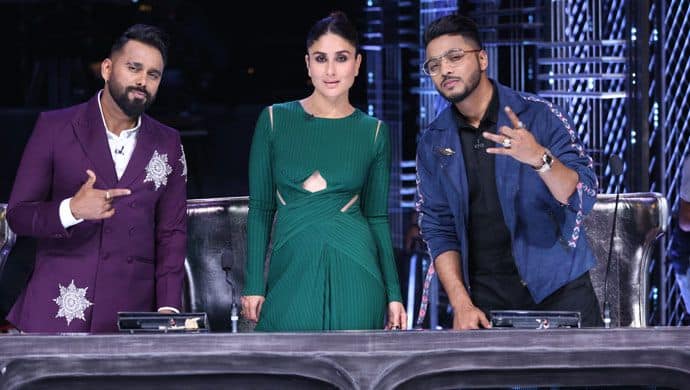 Still reeling under the grandeur and enthrallment of Dance India Dance 7 premiere? We suggest you get over it because the third and fourth episodes of the Zee TV dance reality show are even bigger and better than the first two ones. Judges Kareena Kapoor Khan, Bosco Martis, and Raftaar are set for a power-packed with some dhamakedaar performances. Don’t believe us? Check out exclusive stills from the shoot. 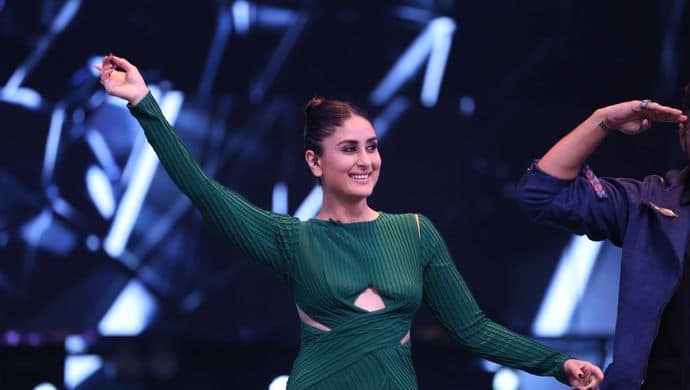 Of course, Kareena Kapoor Khan has to drop like it’s haute (couture). The Bollywood diva slipped into a thigh-high slit number by atelier Tadashi Shoji, turning us all green with envy. The actress has been experimenting with her looks off late, and thus, opted for a sophisticated, sleek high bun to accentuate her outfit. Nude lips, kohl-rimmed dramatic eyes, and Aquazzura heels rounded out the ‘lewk’ just fine. 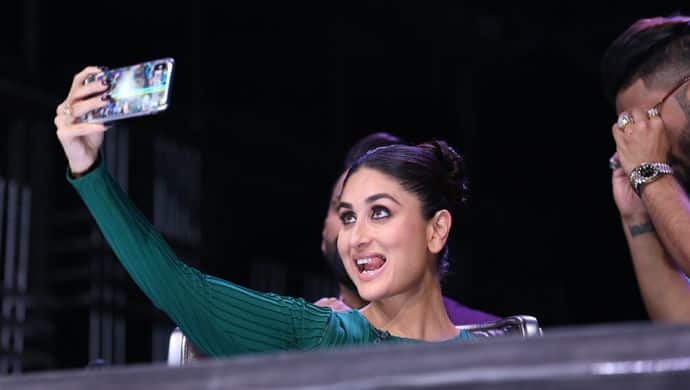 It’s impossible that Kareena Kapoor Khan doesn’t flaunt her famous ‘pout‘ for a selfie. The television debutante was clicked trying to get a snap with her co-judges Raftaar and Bosco Martis. Told ya, she ain’t a regular television celebrity judges, when it’s Kareena, everything is just so “WOW”! 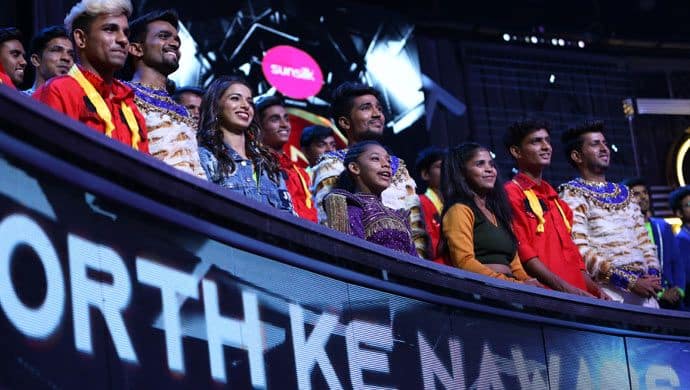 Inki shaan hai Nawabi, khoon hai Punjabi! Bhawna Khanduja’s team from up north, North Ke Nawabs are ready to take over your screens. Whose performance are you looking forward to from the zone?

Will contestants from West Ke Singhams win a standing ovation this time too? 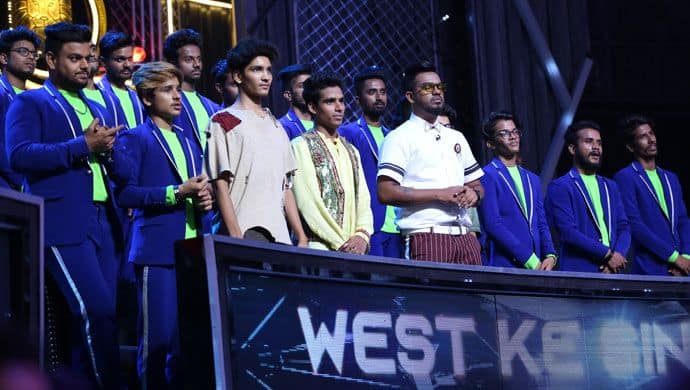 Last weekend we saw Mansi and Akshay from West Ke Singhams win a standing ovation for their performance. In fact, Kareena Kapoor Khan even complimented Mansi that she danced better on Kalank song Ghar Mora Pardesiya than Alia Bhatt.

East Ke Tigers will get a ‘Sattack Vala Attack’ compliment from Bosco Martis? 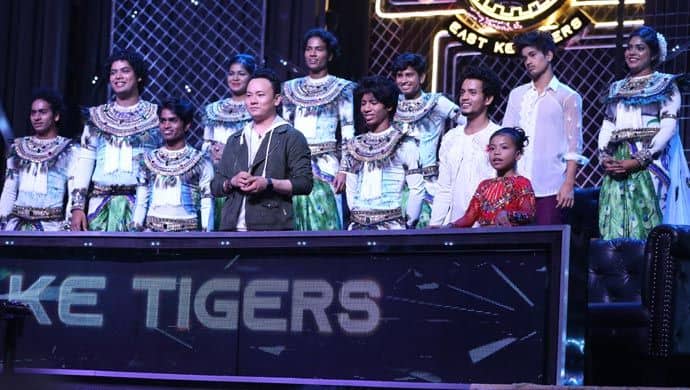 East Ke Tigers team are equally competent in the #DanceKaJungistaan. Who do you think will win #BattleOfTheChampions? 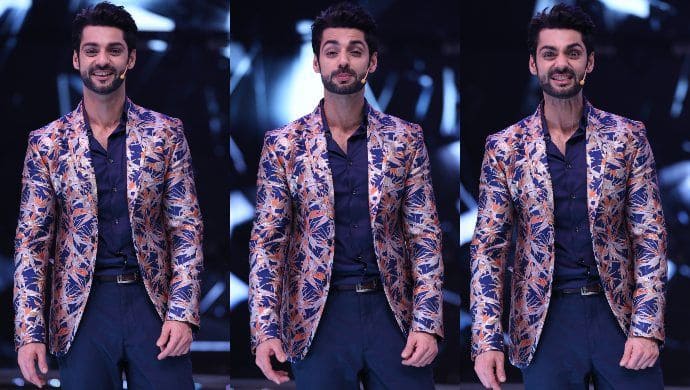 Dheeraj Dhoopar quit Dance India Dance 7 citing time issues a couple of days before the show went on air. The Kundali Bhagya actor has been replaced by Karan Wahi, who has earlier hosted Dance India Dance. Given these pictures, we cannot wait to witness the many moods of Wahi – these expressions are just Wah Wah-i! 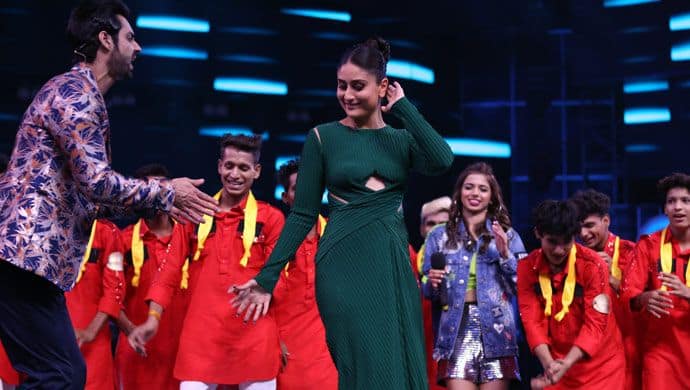 Kareena Kapoor Khan has been having the time of her life on Dance India Dance 7. After every stunning performance, she just cannot resist herself and joins the contestant(s) on stage for either a selfie or to shake a leg with them. In the upcoming episode, she will be seen grooving to Main Toh Raste Se Ja Raha Tha song from her sister Karisma Kapoor and Govinda’s 1995 hit film Coolie No. 1. Will Kareena match Karisma’s stint in the evergreen dance number? Wait to find out! 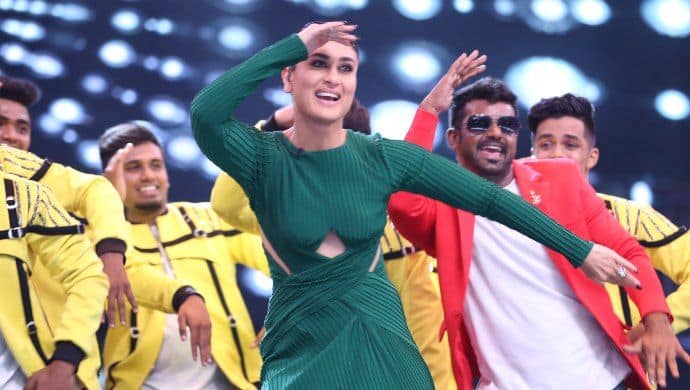 Yes, you read that right! Ole Ole has been one of the highlights of Saif Ali Khan‘s career. But when Kareena Kapoor Khan performed to the 1995 chartbuster, she left the stage claiming she danced better than Saif. What do you think, will Bebo outdo Saifu? Let’s find out this weekend. 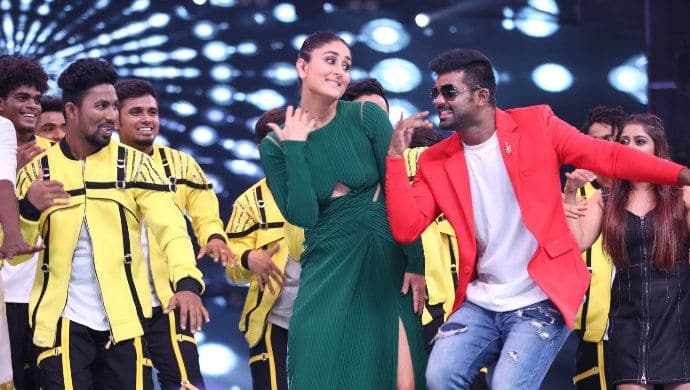 As mentioned earlier, Kareena Kapoor Khan shall sway to the tunes of Ole Ole. Her special performance will come after Loyola Dream Team of South Ke Thalaivas compel the star to join them on stage. We bet even Saif Ali Khan will go ‘Wow’ seeing his beautiful wife dance to his song.

Is MD Hasan the Salman Khan Of Dance India Dance 7? Find out why we say so 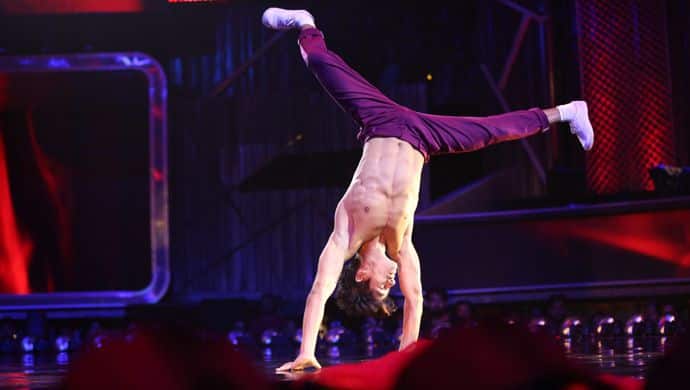 MD Hasan of East Ke Tigers team on Dance India Dance 7 gave a smashing performance. However, one thing common between his last weekend and this weekend’s performance is that he is shirtless. Yep, flaunting his surfboard abs, the young boy ditches the shirt for a stellar show.

A rose for a rose, from Loyola Dream Team 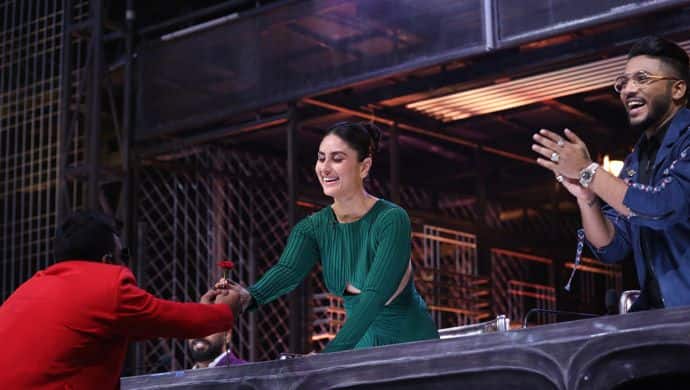 This weekend, the level of dance increases on Dance India Dance 7 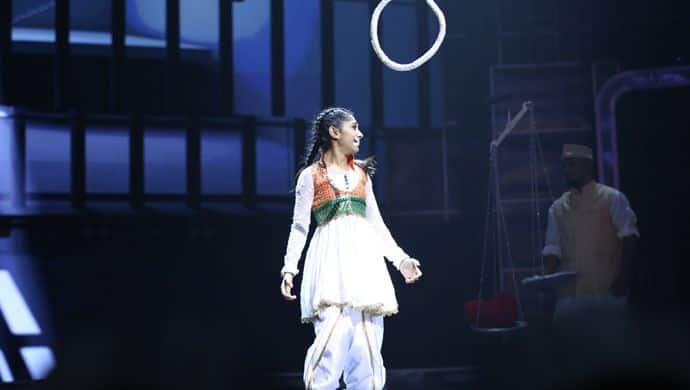 With stupendous performances and dancing acts from North ke Nawabs, South ke Thalaivas, West ke Singhams and East ke Tigers, the level of dancing definitely has been raised a notch above. As eliminations begin this weekend, which contestant or group are you rooting for?

Will Ramya and Bhaskar impress the judges on Dance India Dance 7? 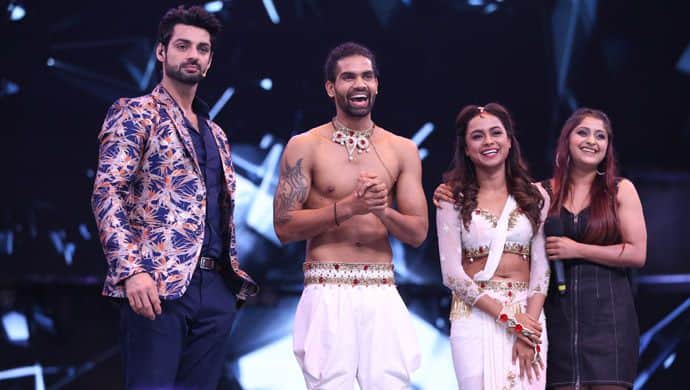 Watching the crackling chemistry between Ramya and Bhaskar last weekend on Dance India Dance 7, Kareena Kapoor Khan had said that even she and Saif wouldn’t be able to recreate it. Will they manage to impress the judges this weekend too? Besides, Jaipur boy Hardik Rawat is set for a roaring performance coming weekend. Check out a glimpse here:

The standard of dance will surely increase every week! Tune in to Zee TV on Saturday and Sunday at 8 pm to watch Dance India Dance. #DanceKaJungistaan #DanceIndiaDance #BattleOfTheChampions

So, who are you cheering for on Dance India Dance 7? Tell us in the comments box below with the hashtags #DanceIndiaDance, #BattleOfTheChamipons