Debina Bonnerjee BREAKS SILENCE on getting trolled for holding baby Lianna in a certain way, 'All I say is...'

Debina Bonnerjee was recently trolled after she shared a reel on Instagram with her baby daughter. Fans slammed her for not holding her baby correctly. Now, the actress has responded to all. 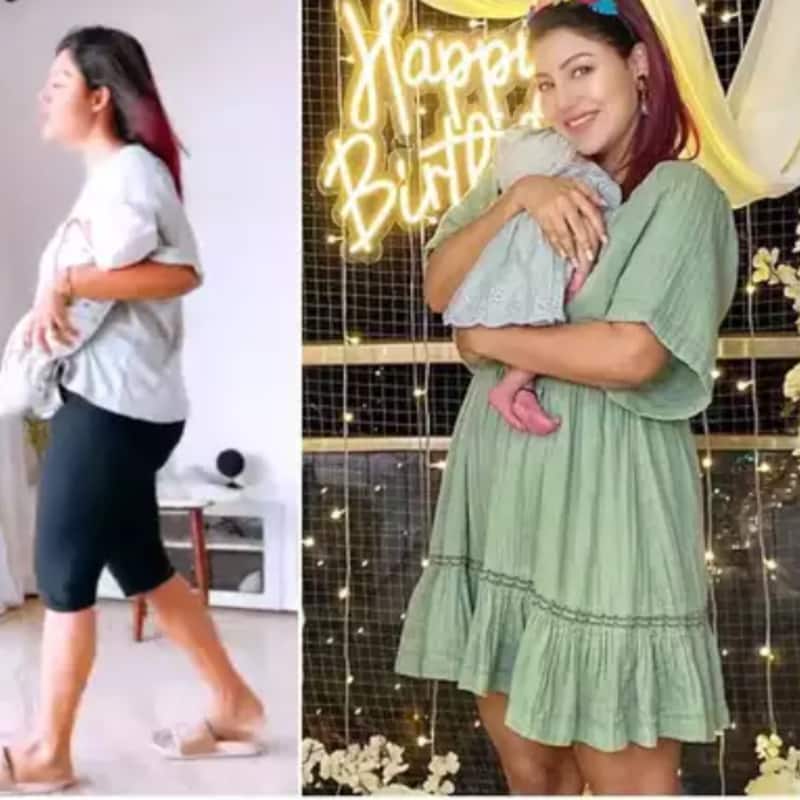 Debina Bonnerjee and Gurmeet Choudhary welcomed their baby daughter on April 3. Since then the little one has been the centre of their attention. Debina Bonnerjee has been pretty active on social media and is sharing glimpses of her motherhood journey with her fans. From daughter's nursery room to puja, Debina has been sharing all. However, recently, she got trolled for one of her reels. The video had her holding her baby in one hand and walking toward the balcony. She got trolled for not holding her baby correctly. Now the actress has opened up about the same. Also Read - Katrina Kaif, Akshay Kumar, Bindu and more Bollywood stars who scorched the screen with the most seductive striptease numbers [View Pics]

In her recent Insta stories, Debina Bonnerjee hit back at all those asking her so many questions. She also hit back at those asking her why does she call her mother-in-law aunty. In the post, she wrote, "So many questions you have!! Why I hold my baby a certain way...Why I call my mother-in-law aunty and not mummy...Any more questions? All I say is I am surrounded by a few pair of protective hands as you can see who say it's all fine." Along with this, she shared a picture that saw with her baby Lianna, Gurmeet, and their mothers. Also Read - Trending South News Today: Dhanush's Captain Miller first look, Prabhas-Anushka Shetty to reunite and more 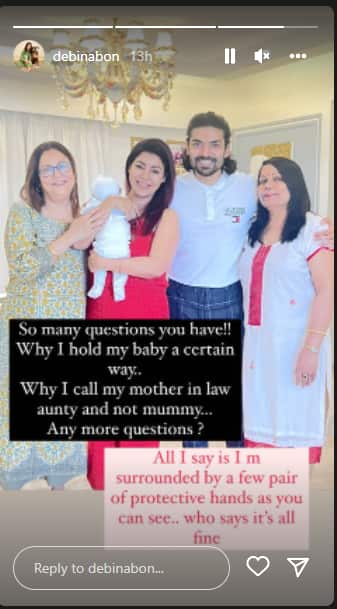 The picture is from her Mother's Day post. On the special day, she had penned a sweet note that read, "Happy Mother’s Day to me ! And to my mother who is my rock guiding me seamlessly in this journey (at all stage) what would I have done without you. And to my mother in law for being the bestest breather and trusting me at all times.The journey of motherhood made easy by my husband @guruchoudhary by being THERE at all times when my body tires. And @lianna_choudhary for making me a mother. You are my life my little darling. #happymothersday."