Debina Bonnerjee and Gurmeet Choudhary have finally introduced daughter Lianna to the world after three months of her delivery. The couple welcomed their first child on April 3. 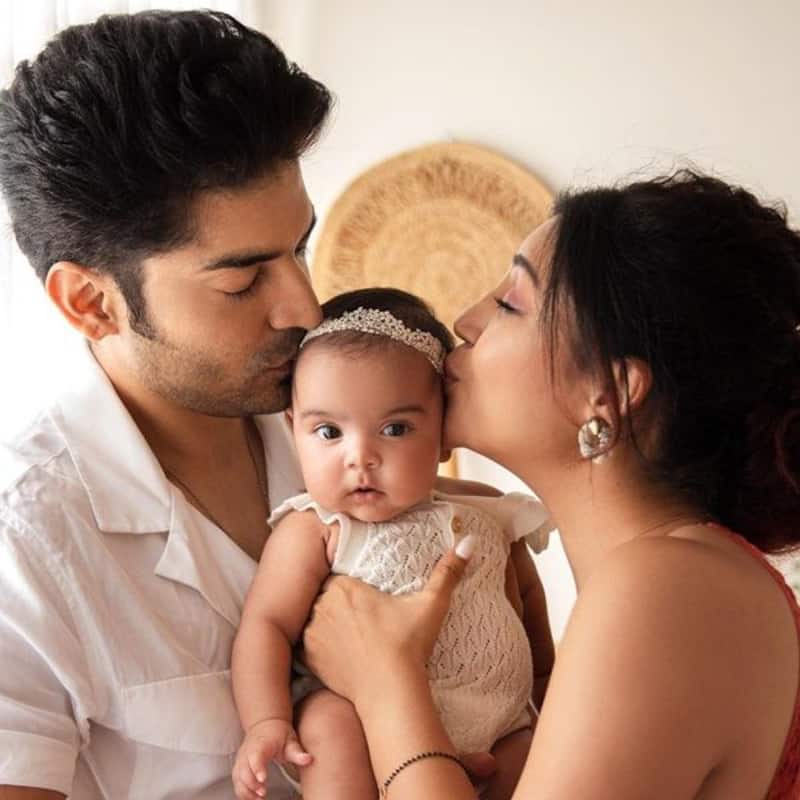 Debina Bonnerjee and Gurmeet Choudhary welcomed their first child, a baby girl, on April 3. They named their daughter Lianna. While the couple had been sharing the glimpses of their newborn baby girl on Instagram, they had refused to reveal her face in their posts. Debina and Gurmeet have finally introduced daughter Lianna to the world after three months of her delivery. Also Read - Trending Entertainment News Today: Ranveer Singh poses completely naked; Sushmita Sen again trolled for 'vodka bottles' in happy selfie and more

Taking to Instagram, Debina shared an adorable family picture in which she and Gurmeet were seen planting a kiss on their daughter's head while holding her in between them. "Introducing lianna… our heart united into one. Our hearts are so full - knowing that we are part of a beautiful community of such genuine people.. who prayed for her and waited and longed to see her face," she wrote. Also Read - Gurmeet Choudhary flaunts his b*tt in tiny underwear; joins John Abraham, Hrithik Roshan, Tiger Shroff and more actors in the hottest derriere league

Not long ago, Debina had responded to social media users who slammed her for holding her newborn baby in a careless manner. The actress had shared a video in which she was seen holding her daughter in one arm and singing to a song by Elvis Persley. After she posted the reel, while many of her fans admired her, some also started trolling her on the way she was holding the newborn baby. Also Read - Gurmeet Choudhary-Debina Bonnerjee to Aamir Khan-Reena Dutta: Celebs who eloped and went against family for love

Debina responded to the trolls, who keep raising questions on why she calls her mother-in-law 'aunty' and not 'mummy'. "So many questions you have!! Why I hold my baby a certain way...Why I call my mother-in-law aunty and not mummy...Any more questions? All I say is I am surrounded by a few pair of protective hands as you can see who say it's all fine," she wrote. She also shared a picture with her family.

Recently, Debina celebrated her first Mother's Day and shared adorable pictures on her Instagram handle. She had written, "Happy Mother's Day to me ! And to my mother who is my rock guiding me seamlessly in this journey (at all stages) what would I have done without you And to my mother in law for being the bestest breather and trusting me at all times.

"The journey of motherhood was made easy by my husband @guruchoudhary by being THERE at all times when my body tires. And @lianna_choudhary for making me a mother. You are my life my little darling."