Debina Bonnerjee shares a loving picture and pens a heartfelt note for her SECOND child; says, 'I'm a different mother this time around'

Debina Bonnerjee and Gurmeet Choudhary welcomed a second baby girl earlier this month. The little one is currently being showered with extra love and attention. Debina has penned a heartfelt note for her second child. 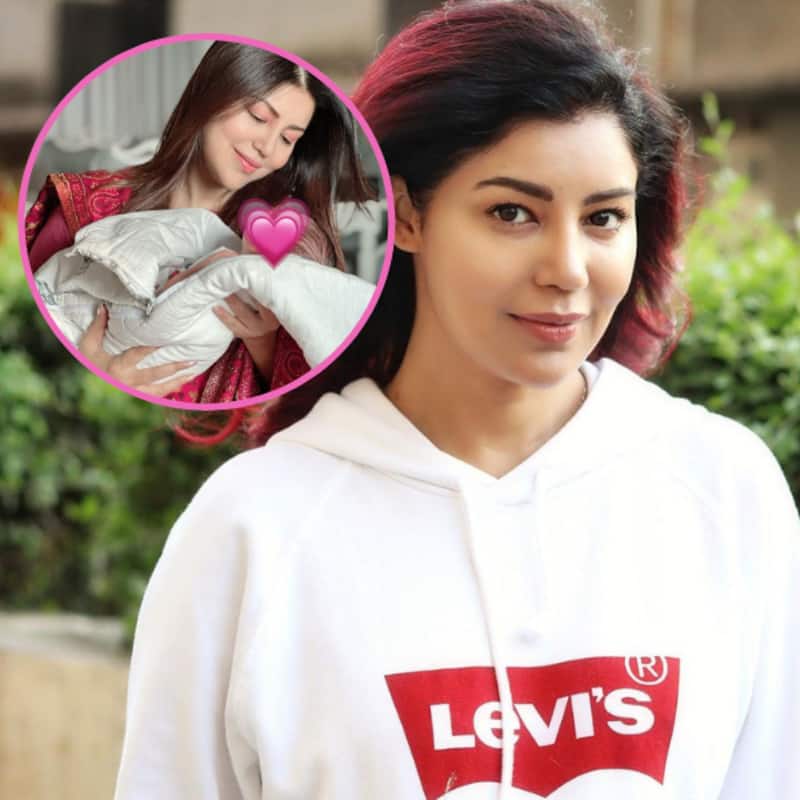 Debina Bonnerjee turned mother for a second time this year. The actress welcomed a baby girl in April this year. She conceived again and gave birth to her second child earlier this month. Debina had to undergo labour earlier than the due date. Gurmeet Choudhary and Debina are both blessed with two girls and it's been a very difficult journey for them both. Debina has penned a heartfelt note for her second child. In it, she addressed her secondborn and said that this time, she is a different mother. Debina Bonnerjee also shared a vlog about her labour online. Also Read - Trending TV News Today: Sumbul Touqeer meets Fahmaan Khan in Bigg Boss 16, Ghum Hai Kisikey Pyaar Meiin fans celebrate 2 years of SaiRat Marriage and more

Debina Bonnerjee pens a heartfelt note for her second child

Debina Bonnerjee and Gurmeet Choudhary have been grabbing headlines in Entertainment News every day since their welcomed their second child this month. They have been sharing posts for their little ones or sharing stories online as well. Just a couple of hours ago, Debina shared a heartfelt note for her baby girl. She said that all her firsts would be all her lasts for her (Debina). This time, she will be taking things slow than the first time around, the actress said in her post which included a picture of herself with her newborn child. Also Read - Trending TV News Today: Shehnaaz Gill dedicates her award to Sidharth Shukla, Salman Khan receives backlash for slamming Bigg Boss 16 Sumbul Touqeer and more

Debina Bonnerjee shares a vlog of hospital and childbirth

In the vlog, we saw Debina Bonnerjee's mom and dad also present at the hospital during labour and childbirth alongside Gurmeet Choudhary. Debina was in the operation theatre where the doctors performed surgery on her. She was awake and asked about the baby and her parents too. Gurmeet Choudhary was seen visiting Debina and also the NICU wherein their little one was kept. The little one's position in the womb was a difficult one. The doctors explained to Gurmeet the complications and how they went about and brought her into the world. When Debina regained consciousness she couldn't wait to see her. The actress also revealed how the doctor revealed the baby had a complicated position. Lianna also reached the hospital to meet her little sister. You wouldn't want to miss out on Lianna's reaction to meeting her little sister. Also Read - Debina Bonnerjee shares postpartum pictures of swollen legs and belly; says 'Have survived them all'

The heartfelt meeting of Debina, Gurmeet and Lianna with the youngest member of their family is really heart-touching. The way they showered her with love and welcomed her is just aww-worthy.