Did you know: Posham Pa is an all-female thriller with no villain or hero?

In Posham Pa females are shown in the grey shade but not the typical saas-bahu serial way. The characters were given a humanizing background that established their image more as anti-heroic than as all-around horrible.

Posham Pa is not just the story of India’s first female duo on death row, the serial killer sisters. The ZEE5 Original film extends its special status beyond the criminal arc, deeper into the cinematic realm. The movie features an all-female cast comprising of Mahie Gill, Ragini Khanna and Sayani Gupta in the lead roles. Given the real-life incidents, the movie is based on, it is a gut-churning watch enabled by the nuanced performances as we mentioned in our review of Posham Pa. But cinematic marvels in India have majorly set the plot of an all-female cast around female friendships, women empowerment and more, sample the likes of Veere Di Wedding, Lipstick Under My Burkha and others. This is where Posham Pa takes the road less traveled. All three characters in the movie are criminals, not just any, but heinous ones. Also Read - 5 times Sayani Gupta mesmerised us with her unconventional style statements

Mirror, mirror on the wall, who is the ultimate villain of them all? In Posham Pa, Mahie, Ragini and Sayani turn to the dark side, completing the part with a scary demeanour and show-stealing makeovers. There are the iconic baddies like Mogambo from Mr. India, Sholay’s Gabbar Singh, and several others who lined up to exude evergreen villainess. But when we speak of females as villains, how many can you really enlist that can be termed as ‘legendary?’ None, if you ask us. The most human baddies – the bullies, the murderers include women too. But it was only with Posham Pa that the mold for glossy and glamorous chick flick tales was broken by a gritty and gruesome tale. Also Read - It's Expensive! Sayani Gupta's orange bikini look will cost you as much as a high end smartphone

Also Read - Posham Pa: Writer Nimisha Misra reveals what behind the creation of the thriller

Mahie plays her part as Prajakta Deshpande to perfection, supported impeccably by the likes of Sayani’s Regha Sathe and Ragini’s Shikha Deshpande. If spine-chilling is your poison, look no further. Posham Pa is easily one of the most wicked watches of all time. Of course, there aren’t any scenes of cackle and chew with glee but we guarantee merciless killings that will instill fear. Their performances also throw light on the fact that generally females who portray villains are shown as female villains. Not in Posham Pa! The film serves as an excellent example of writing characters for women that span across the good-to-evil spectrum, and beyond. Besides, there is nothing inherent to being a baddie that demands a male play it only. Is there? Guessed so! 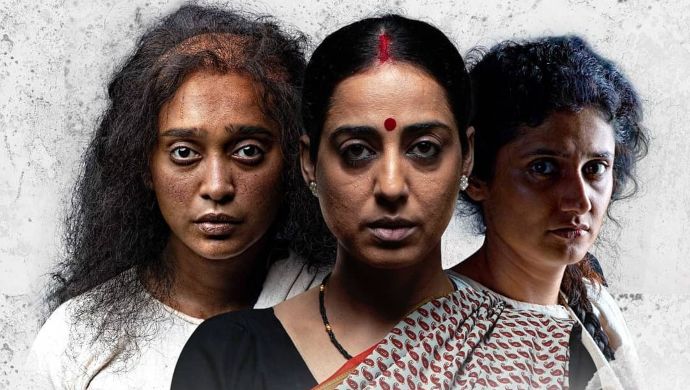 Another striking feature of Posham Pa is that females were shown in the grey shade but not the typical saas-bahu serial way. The characters were given a humanizing background that established their image more as anti-heroic than as all-around horrible.

What are your views about females playing villains? Let us know by tweeting to us @bollywood_life.