Did you know Sumona Chakravarti was in Aamir Khan and Manisha Koirala’s Mann; actress shares clip from the film

Sumona Chakravarti is embarrassed as her old video from Aamir Khan and Manisha Koirala's Mann is going VIRAL; checkout her reaction 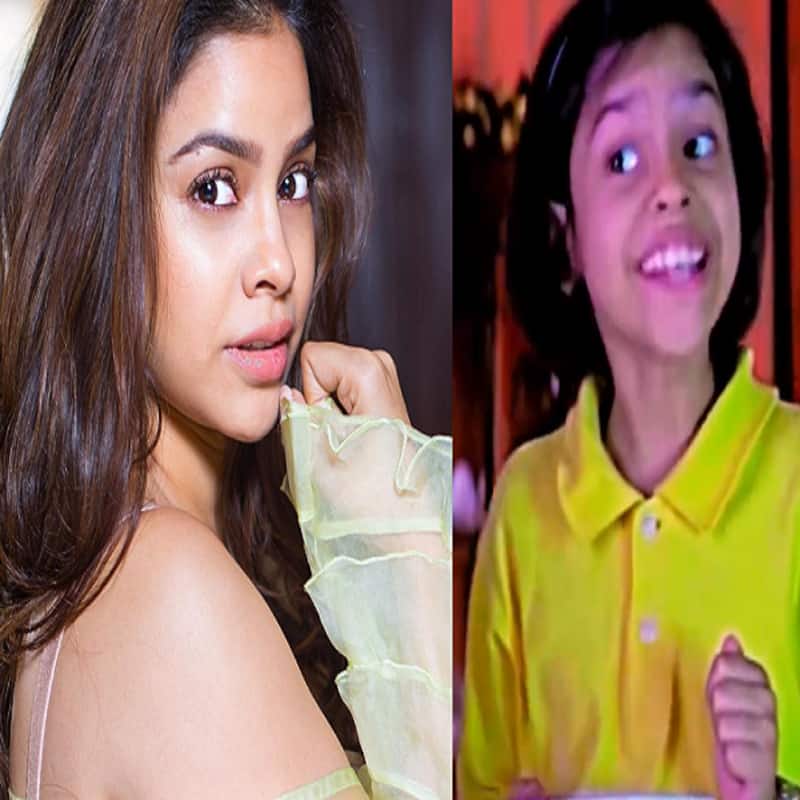 Sumona Chakravarti of The Kapil Sharma Show fame has come a long way. The diva has been working in the industry since she was a child. She played a small role in Aamir Khan and Manisha Koirala's Mann and she was indeed one adorable kid. Sharing the old clip from the film, Sumona informed her fans that she has been asked by many of her fans and viewers whether she was indeed the kid from the film. Share the clip on her Instagram stories, she said, "Since everyone is asking if it's me. Yup". She later added another story of being a tad bit embarrassed and said that she was just a kid. Also Read - Trending South News Today: Mahesh Babu shares interesting deets about SS Rajamouli's movie, Rashmika Mandanna on dating and breakup rumours with Vijay Deverakonda and more

Sumona Chakravarti is embarrassed by her younger self Also Read - Naga Chaitanya's film with Parasuram delayed due to Rashmika Mandanna? Here's what we know

This old video of Sumona from the film is going viral and fans cannot stop going gaga over it. One user wrote, " Is she Sumona?". Another useracha said, " Wooohhh #sumonkravarti you're getting notice now". One user wanted to know the name of the film and promised to watch it because of Sumona being in it, " What is the name of the movie? I'm going to download and watch it". Also Read - Urfi Javed resumes fight with Chahatt Khanna by posting ULTRA-HOT video; again takes a dig at her alimony money 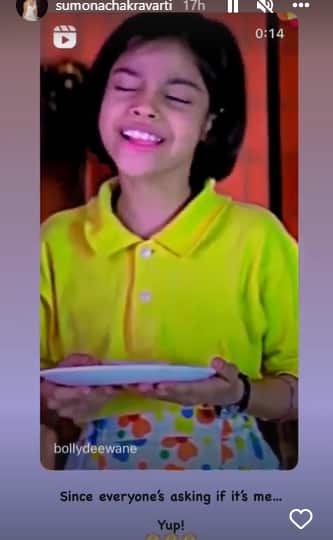 Well, Sumona is looking adorable. Sumona is one of the popular names of television industry. She gained fame with The Kapil Sharma show and recently she has written a hard-hitting note on being jobless and grabbed a lot of eyeballs. Sumona may be a TV actress but she hasn't picked up any typical role for herself!


While talking about Mann, it was one of the best romantic films of Aamir Khan featuring Manisha Koirala as his leading lady. The film also featured Rani Mukerji and Anil Kapoor in pivotal roles. It was a film way ahead of its time. And to date, it is counted as Aamir Khan's best romantic film. Stay tuned to BollywoodLife for the latest scoops and updates from Bollywood, Hollywood, South, TV and Web-Series.
Click to join us on Facebook, Twitter, Youtube and Instagram.
Also follow us on Facebook Messenger for latest updates.
Advertisement