Dilli Darlings last episode begins with, Pragati Nagpal hosting her first kitty party of the Dilli Darlings. However, she doesn’t invite Seema Gumber for it. They decide the rules for the kitty party and include a fine for people who show up late. Reena is attending her first kitty party and is surprised when she finds all the women dancing. Shaloo Jindal invites everyone at the party for her ISCKON Divine event. Sona is picked as the next host for the kitty party. Also Read - Dilli Darlings winner Shaloo Jindal on her victory: This crown is not just for me but for every homemaker

In tonight’s episode, Shaloo Jindal begins her day by going to ISCKON Temple. She asks for the lord’s blessing in helping her event become a success. Sona has already decided on a theme for the next kitty party which is ‘sweet sixteen’. She has also invited Seema Gumber to the kitty. Also Read - Dilli Darlings 23 September 2019 Written Update: Santosh promises not to take a holiday after the wedding

Seema is happy to get Sona’s invitation and agrees to join the Kitty. Manya takes out a hard drive to find her look when she was 16 years old. When she takes out the hard disk she is shocked to find that all the data is lost. She panics and wonders how she will find her sweet 16 look.

Pooja Dua is at home with her son Akshay. She calls him to eat something but he doesn’t respond. She finds him listening to loud music in his room. Pooja asks her son why he looks sad. He tells her that all his friends have big cars but he doesn’t. He also says he won’t go to office with his father till he get a car for himself. 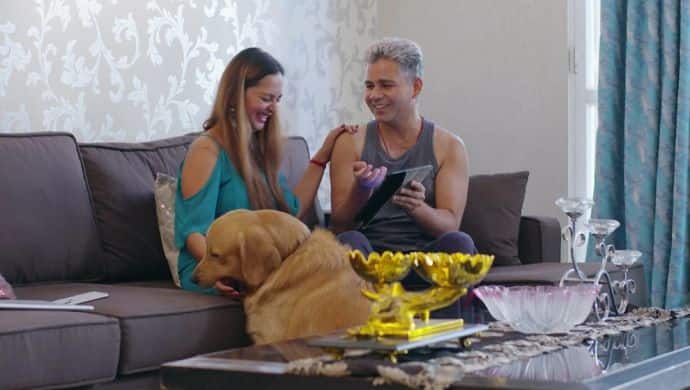 Reena remembers the moment she met Madhuri Dixit on her sixteenth birthday. She wants to dress up as a school girl but can’t find the right dress so she asks her desginer to help her. Manya calls her husband and asks him to help recover the data. Her husband says he knew this day would come so he stored everything on the cloud 7 years ago.

Pooja tells her husband that Akshay refuses to go to office till he has his own car. Akshay’s father argees to give him a car. When they ask him which car, Akshay demands for a 7 seater Fortuner which his dad finds quite expensive. Akshay doesn’t budge from his demand and gets what he wants.

Deepshika finds her pictures at 16 looking horrible she decides to go with a look she wished she had when she was 16. While, Shaloo Jindal, remmebers tying her hair in a puff which was very popular when she was 16. She decides to recreate the look for the kitty party. How will Sona’s Kitty party go? Watch next week’s episode to find out.