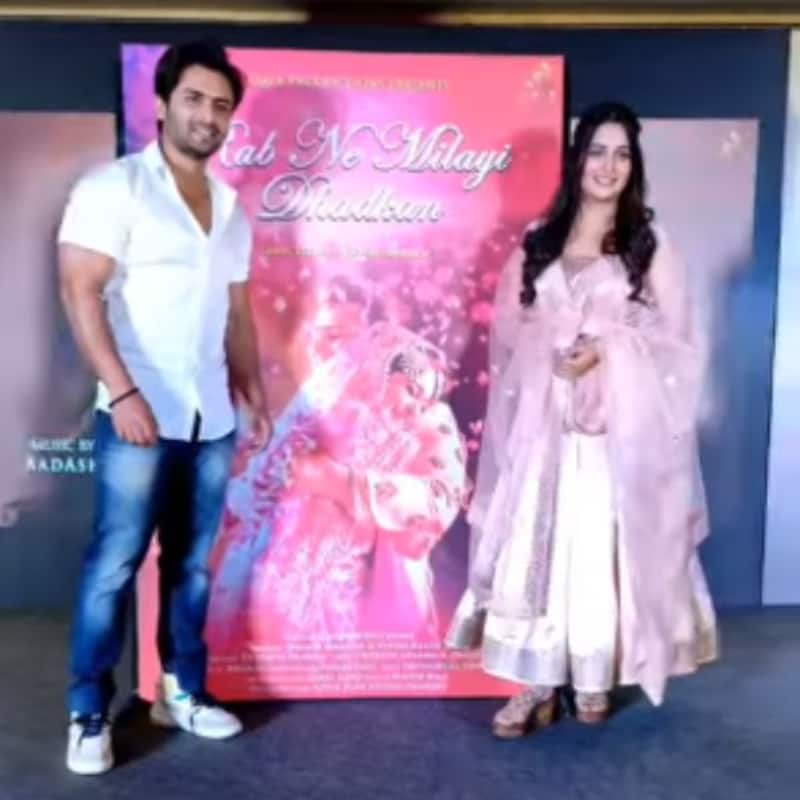 Dipika Kakar and Shoaib Ibrahim were seen at a recent event where they launched their production house. Their first venture is a song that has been shot in Rajasthan. Dipika Kakar and Shoaib Ibrahim's love story is adored by their millions of fans. In fact, the Sasural Simar Ka actress Dipika Kakar has a YouTube channel Dipika Ki Duniya where she shares her daily life, recipes, beauty treatments and what not. Every video there gets millions of views. She has also showcased her wardrobe to fans. But the actress' styling at a recent event left fans very disappointed. Also Read - Bigg Boss 16: Karan Kundrra, Sidharth Shukla, Hina Khan and more - Meet the Highest Paid contestants in the history of Salman Khan's show

The actress chose a cream coloured anarkali for the event with a number of flares. It had a deep back with latkans. She left her hair open. Fans were extremely upset to see her dressed so casually. A fan wrote, "She definitely needs a stylist. In her vlogs, She is always shopping despite an overflowing wardrobe and designing her own outfits but not even a single of her outfits stand out or even look good enough. I mean you might be passionate about designing your clothes but doesn’t mean you know it all. You’re so gorgeous and kind, and a good stylist will only enhance your personality all the more." Another fan also echoed the same sentiment that she was a gorgeous Indian beauty but definitely needs that extra edge when it came to her clothes. Another fan wrote, "She badly needs a stylist. Her face is pretty but her dressing is not good. Considering the event she should have hired one stylist." Also Read - Aarambh, Prithvi Vallabh, Chandrakanta and other big budget TV shows that flopped on the TRP charts

We hope that Dipika Kakar listens to her fans. With the comments it looks evident that they want the best for her. Surely, she will amp up the game next time round! Also Read - Imlie, Mehndi Hai Rachne Waali, Shaurya Aur Anokhi Ki Kahaani and other shows where fans' demanded season two with same leads
Advertisement
Stay tuned to BollywoodLife for the latest scoops and updates from Bollywood, Hollywood, South, TV and Web-Series.
Click to join us on Facebook, Twitter, Youtube and Instagram.
Also follow us on Facebook Messenger for latest updates.
Advertisement