Divya Agarwal reveals she dated Apurva Padgaonkar for 3 years before Varun Sood; 'He helped me move on'

Divya Agarwal revealed that she was in a relationship with her fiance Apurva Padgaonkar for three years before she started dating Varun Sood. She said that Apurva helped her move on from her split with Varun and was there for her like a best friend. 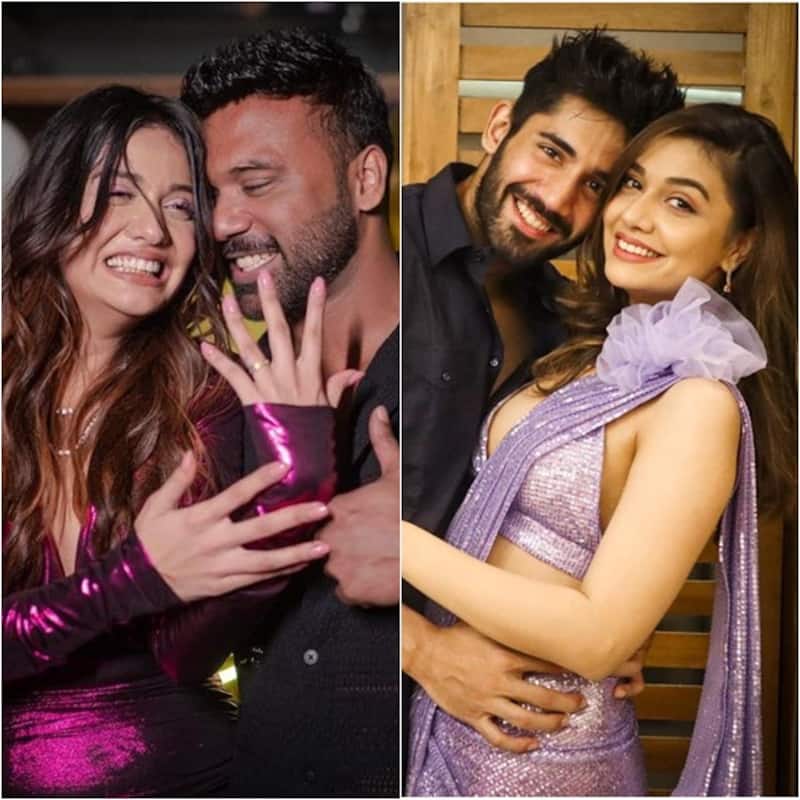 Divya Agarwal shocked everyone when she got engaged to Apurva Padgaonkar, nine months after her breakup with Varun Sood. The Bigg Boss OTT winner has now revealed that she has known Apurva for the past seven years and also dated him for three years in the past. She said that Apurva helped her get over her split with Varun whom she dated for four years. Also Read - Sumbul Touqeer, Divya Agarwal, Shivangi Joshi and more TV divas who set social media on fire with their viral photoshoots just before the New Year

Talking about her relationship with Apurva, Divya said that she was in a relationship with her fiance before dating Varun but they drifted apart. However, they continued to remain in touch and he was always that friend who she could go to any time. She was in a tough phase after breaking up with Varun and Apurva was there for her like a best friend who stood by her like a rock. Also Read - Divya Agarwal adds to the X'Mas sparkle with her photoshoot in metallic backless bikini top and green shorts [View Pics]

Divya added that though she was not expecting a proposal from Apurva, in her mind she knew that he was the kind of guy who she wanted to marry. Before parting ways with Varun in March this year, Divya was in a relationship with former Bigg Boss contestant Priyank Sharma. She said that they are yet to fix a date but she is sure that her marriage with Apurva will happen next year. Also Read - Divya Agarwal-Apurva Padgaonkar to Devoleena Bhattacharjee-Shanawaz Shaikh: Celebrities who got struck by cupid's arrow in 2022

"Initially, he did feel that we had long and different working hours, but now he understands. I always feel that in a relationship even if two people are the opposite of each other, what matters is how much one understands and adapts to what the other likes. We haven’t set a date yet, but marriage will happen next year. Everything in my life has happened unplanned. For now, I just want to enjoy my life with him,” Divya talked about Apurva in her interview with TOI.

On her 30th birthday celebration, Divya shared a series of pictures of her engagement with Apurva. In one of the pictures, Apurva can be seen giving a kiss to Divya, while in another pic she is seen sporting her ring. Varun took to his Twitter handle to share a calm emoji. Many people assumed that he was showing his reaction towards Divya's engagement and they expressed their disappointment as now there is no hope that both can be together.