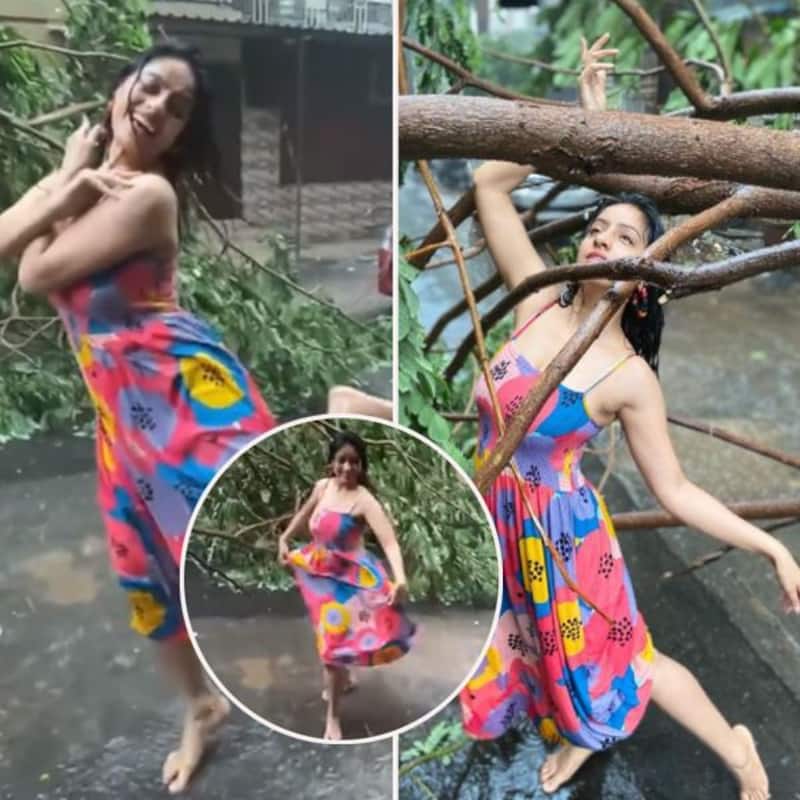 Diya Aur Baati Hum actress Deepika Singh Goyal is famous in every Indian household as Sandhya Rathi from her blockbuster show. Two days back, Cyclone Tauktae hit the Western Coast of India. It has left behind sufficient devastation of life and property. Deepika Singh Goyal posted pictures posing with an uprooted tree near her house. She also filmed a video dancing in the rain. People were upset as they felt it was wrong messaging. Now, she has spoken about the trolls. Deepika Singh Goyal told ETimes, "I haven't seen any hate comments on my post. 99 percent of the comments I've received are positive. Rest 1 percent bad comments are on all the posts, even on my traditional dance posts, I receive negative comments." Also Read - Rupali Ganguly-Sudhanshu Pandey to Divyanka Tripathi-Karan Patel: Cold wars between these onscreen TV couples left fans in shock

The actress says the uprooted tree was planted by her five years ago. She said that it fell down in front of their eyes on her car. It seems they kept the tree aside so it could not block the road. The actress says she made a call to the BMC but they said they did send a person later as it was pouring. Deepika Singh Goyal says she is unaffected by the trolls. She told the paper, "The cyclone indeed was very scary and my heart goes out to all those affected and my only aim is to plant as many trees as I can. I will not stop spreading positivity, and this is for my well-being and happiness. I don't regret it but, I would definitely request the audience to not step out in the rain, this area is right outside my house. Therefore, I stepped out for 5 minutes." Also Read - Diya Aur Baati Hum actress Kanishka Soni marries herself a month after quitting TV industry; says, 'I don’t need any Man Ever' [View Pics]

She says the shed of her home shook due to the torrential rains. It seems water accumulated inside her house as she lives on the ground floor. She says she was worried for her room where she does her dance practice. The actress has small kids at home. Deepika said, " I just danced my heart out for a few minutes, and I felt good because it works as therapy for me. It's all about the perspective towards the situation and life." Also Read - Bigg Boss 16: Diya Aur Baati Hum actress Deepika Singh approached for Salman Khan's reality show