From being a Balika Vadhu to courting controversy about a secret child: Here are the juiciest highlights of Avika Gor's life

Avika Gor won everyone's heart as she essayed the role of Anandi in Balika Vadhu. From being a child artist to one gorgeous diva, she has come a long way. Here's to the times when she made headlines

Avika Gor has become one of the most popular faces in the Television industry. Audiences indeed seem to have seen her grown for a sweet girl to a dashing diva. On her birthday, here's a look at some of the highlights of her journey so far that has kept her in the limelight. Also Read - Manish Raisinghan's wife Sangeita Chauhaan reacts to rumours of his secret child with Avika Gor; says, 'Ek sambhal rahi hu, doosra bhi sambhal lungi'

Loved as Anandi: Avika Gor rose to fame by essaying the role of innocent Anandi in Balika Vadhu. She won everyone's heart by being the bubbly girl who goes on to bring about a change in an orthodox family. She received tremendous love from the audience. Also Read - Balika Vadhu 2 promo: Anandi's birth brings happiness to her family; declare her a 'bahu' the moment she's born – watch video 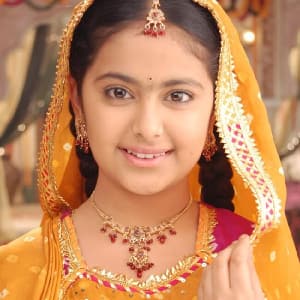 Journey to fame with Sasural Simar Ka: After being a child artist in Balika Vadhu, Avika Gor went on to become a household name with her stint in Sasural Simar Ka. She was loved by all for essaying the role of a supportive sister to Dipika Kakar.

Visit to Cannes: One of the highlights of Avika's career is her visit to Cannes. She attended the extravagant event not once but twice. Once she attended with her friend Manish Raisinghan.

Awesome transformation: We all knew Avika as the cute, innocent girl from Balika Vadhu. But recently, she surprised one and all as she posted pictures of her amazing physical transformation. She has gone from being cute to all sexy.

Love life: Avika Gor is one of those stars who is not very secretive when it comes to her private life. On Instagram, she has accepted that she is in love with Milind Chandwani.

Love child? There were rumours doing the rounds that she has had a secret child with bestfriend Manish. However, in an interview, she rubbished all the reports and said, "It’s impossible! No way! There were articles like humne bachcha chhupa ke rakha hai (we have a secret child). We are very close, even now. In my journey from the age of 13 till now, he has been the closest friend that I’ve ever had.”