All the characters of Taarak Mehta Ka Ooltah Chashmah are pretty famous. Among all, Munmun Dutta who essays the role of Babita Ji in the show often calls for attention with her fun social media posts. Recently, she posted a reel on Instagram giving all her fans a glimpse of her two pretty looks. Of course, her fans could not stop raving about her beauty. Raj Anadkat who essays the role of Tipendra Jethalal Gada, aka Tapu also dropped a comment but little did he know that he will get trolled. Also Read - TRP Report Week 29: Khatron Ke Khiladi 11 gets decent numbers while Kuch Rang Pyaar Ke Aise Bhi fails again; Indian Idol 12 maintains the position in Top 5 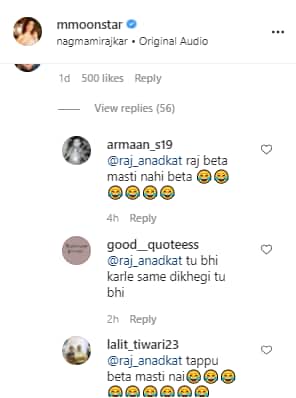 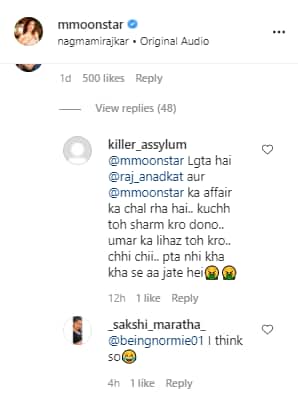 Meanwhile, Munmun Dutta recently hit headlines as she spoke about the different and unfair treatment received by Television stars. On one of the social media posts, Munmun wrote, "Couldn’t have agreed more with these lovely ladies and what they have to say. As someone from TV myself, I have experienced the same on many occasions," whilst sharing a video of ladies talking about unfair treatment received by TV stars. Apart from that, Munmun had also hit headlines for allegedly hurting sentiments of people by using the casteist slur in a video. She had later tender apology saying, "I sincerely would like to apologize to every single person who has been unintentionally hurt by the usage of the word."