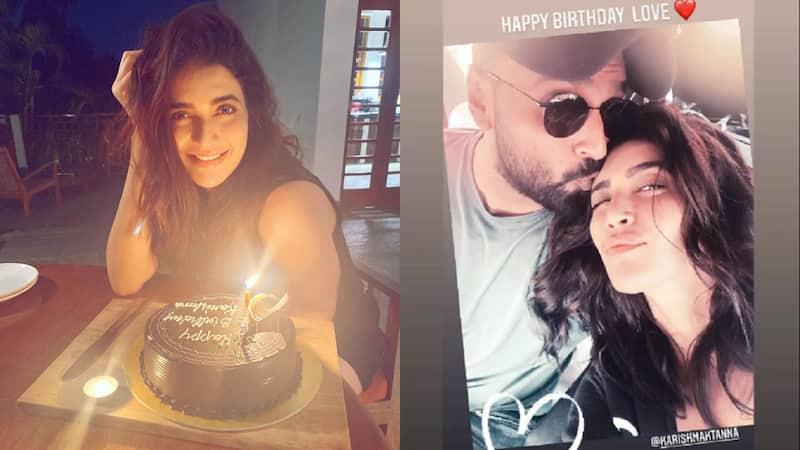 It's Naagin actress Karishma Tanna's birthday today. The gorgeous beauty turns fabulous 38, can you believe it? Soon-to-be married Karishma Tanna went on a special date night with her businessman beau Varun Bangera. The Grand Masti actress' beau gave her a special romantic birthday surprise to make her birthday even more special. Karishma took to her social media handle and thanked him for the same. The pictures, sadly, don't include Varun in them. However, we can see the gorgeous glow face on Karishma's face. "Happiness, Thanku V." She captioned the post. Check it out here: Also Read - Jhalak Dikhhla Jaa 10: Pearl V Puri to make his reality TV debut with the dance show? Karishma Tanna got engaged to Varun in November. It was a hush-hush affair and not an official one per se. Ekta Kapoor and others had congratulated her on the same and hence the news came out. Now, if reports are to be believed, Karishma will be tying the knot early next year. It would be yet another grand wedding with all the pre-wedding rituals in place. If reports are anything to go by, Karishma Tanna and Varun Bangera will tie the knot on 5th February 2022.

The Haldi, Mehendi, Sangeet and other pre-wedding functions will begin days before the wedding. It is said that Karishma and Varun will host a lavish wedding reception on 6th February in Mumbai for their close industry friends and family members. The bride-to-be wants her wedding to be a very private affair. Karishma wants to keep it grand but low key as far as the media is concerned. It is said that the two lovebirds met at a common friends party about two years ago and hit it off. As time passed, their bond grew. Aww!