Yeh Rishta Kya Kehlata Hai: Shivangi Joshi turns emotional as she talks about the experience of playing Naira and Sirat; says, 'It’s rare to get a chance to...'

Shivangi Joshi who got immense love as both Naira and Sirat in Yeh Rishta Kya Kehlata Hai has turned emotional on getting to be a part of the show.

The actress thanked the producer, her co-stars and the entire team who works for the show for being a part of this journey with her, giving her countless memories and more. Expressing her feelings, Shivangi said, "I will forever be grateful for the boundless love & affection I have received while playing Naira and Sirat (especially Naira) in Yeh Rishta Kya Kehlata Hai. To Rajan Shahi Sir, To Star Plus, to the Show, to my Co-Stars, and the incredible people who make it, thank you for giving me the finest memories & moments I could have ever asked for. Without all of you, I wouldn’t be the person I am today. It’s rare to get a chance to be a part of something that’s beautiful, historic, and incredible. And finally to our well-wishers, thank you for falling in love with Naira & Sirat and supporting our journey till the end. I’ll miss this more than anything," quoted IWMBuzz.com. Also Read - Yeh Rishta Kya Kehlata Hai Spoiler alert: Abhimanyu CONFRONTS Harshvardhan; Manjari falls unconscious

Meanwhile, a couple of hours ago, Mohsin Khan aka Kartik had penned heartfelt notes for Rajan Shahi and Shivangi. In his Instagram story post he shared a picture with them both and wrote, "Saying my thank you to this two amazing ppl for being so courageous smart dedicated. For making "Kaira" happen. Absolutely humbled to have worked and yes as Sir said we will work together in d future insha'Allah." He posted another picture and said, "And yes... MashaAalh This dude just keeps getting younger day by day and this girl jus keeps getting prettier." (sic) Check out his posts here: Also Read - TV News Weekly Rewind: Shehnaaz Gill's special gesture ahead of Sidharth Shukla's birth anniversary, Ankita Lokhande-Vicky Jain's pre-wedding festivities, Neil Bhatt-Aishwarya Sharma tie the knot and more 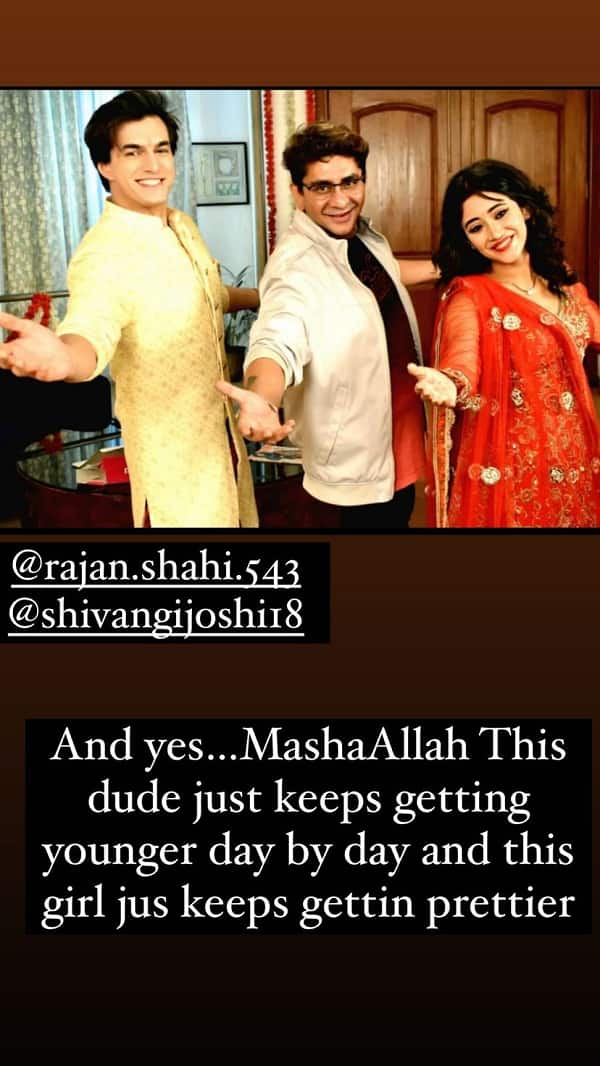 Shivangi Joshi agreed with Mohsin Khan about Rajan Shahi and also complimented him saying, "Yes definitely @rajan.shahi.543 does gets younger day by day and you looks handsome as always @khan_mohsinkhan." (sic) Check her story here: 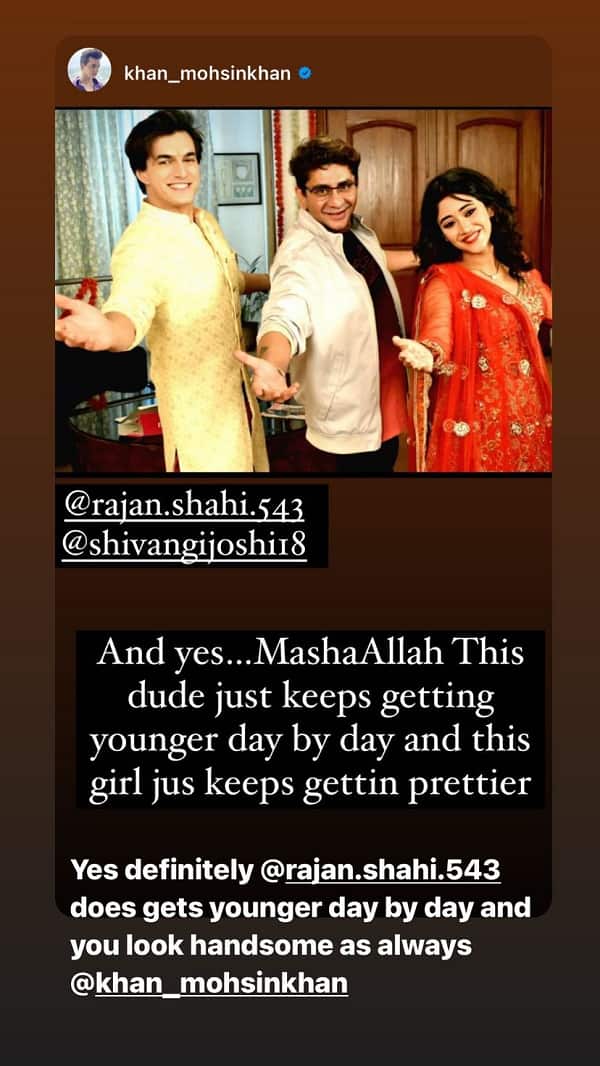