Additie Shirwaikar and Mohit Malik welcomed a baby boy on April 27. And today, they have announced the name of their newborn. Additie and Mohit have named their newborn son, Ekbir. Read the whole story to know what it means. 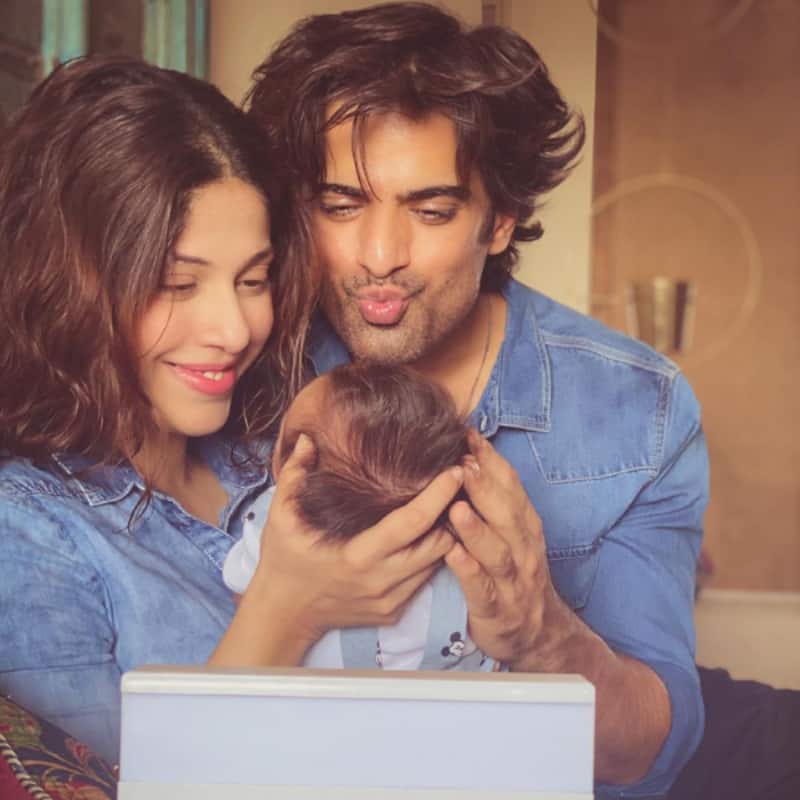 A couple of days ago, Kulfi Kumar Baajewala actor Mohit Malik and Additie Shirwaikar welcomed a baby boy. And now, they have announced the name of their son. Additie and Mohit Malik have named their newborn, Ekbir Malik. The two of them took to their social media to announce the same with the cutest family picture ever. Additie shared a reel video in which they have mentioned the name in as unique a way as the name of the baby. She captioned the reel video saying, "What is in a name? Well you are Brave, You are Positive, You are Strong and you are our Strength and all our prayers answered, our Ekbir! We (red heart) You." Have a dekko at the reel video here: Also Read - Khatron Ke Khiladi 12 grand finale written update: Tushar Kalia BEATS Faisal Shaikh and Mohit Malik to be the ultimate winner

On the other hand, Mohit Malik shared a picture in which we can see him and Additie holding Ekbir in their arms with the nameplate in the foreground. He captioned the picture saying, "My Brave One, You Have Come Into Our Lives during the toughest times the world has seen, giving us so much strength, love, and positivity! You give us a future to look forward to....We Love You Ekbir Malik!" Have a dekko at his post here: Also Read - Khatron Ke Khiladi 12 grand finale: From Pratik Sehajpal's 'zero enthusiasm' to Mohit Malik losing his memory — The top highlights of Rohit Shetty's show

Additie confirmed revealed the story behind naming him with an interview with ETimes. She said, "Yes, we have named our son, Ekbir. Mohit had finalised a name each for both boy and girl when I was six months pregnant. I loved the name Ekbir for our son. It was a thumbs-up from me right from the time he mentioned the name. It is a Sikh name and means ‘the only brave’. Besides, I love the name Kabir a lot and it sounds similar to Ekbir. For me, the name not only sounded beautiful but also had a beautiful meaning associated with it." Also Read - Khatron Ke Khiladi 12 Grand Finale: Rohit Shetty offers a film to THIS contestant

Before announcing the name, Additie revealed that they performed a pooja. She said, "I waited because we couldn’t have announced the name before the ceremony that took place at home recently. It was attended by only immediate family members owing to the current situation. Among those present were my mother-in-law, my staff, which is more than a family to us, and my parents, who reside in the same building. In fact, we couldn’t even invite the pandit, as it wasn’t safe for our child. We connected with him virtually and performed the ritual. I wanted our close relatives from Delhi and my sister, who is based out of the US, to be a part of the ceremony, but that’s not an option at the moment."

Additie shares she wants Ekbir to address her as Mai while Mohit wants the little one to call him Baba. The Shararat actress added, "I would love him to call me Mai, as it is a combination of maa and aai and evokes a lot of love. However, let’s see what he picks up when he is growing up. I think Mohit would want to be called Baba, because he resonates with it, especially after his TV show, Kullfi Kumarr Bajewala."