From Ghaghra with Madhuri Dixit to a romantic dance with Sidharth Shukla: Shehnaaz Gill will stir up a storm on Dance Deewane 3 – see pics

The upcoming episode seems like a treat for all Shehnaaz Gill, Sidharth Shukla and Madhuri Dixit fans. Here's a glimpe of all the exciting moments.

As you might be aware, Shehnaaz Gill will be seen on Dance Deewane 3 along with Sidharth Shukla this weekend. A new pic of Shehnaaz with Madhuri Dixit has emerged and they can seen dancing on the song Ghaghra from the film Yeh Jawaani Hai Deewani. The song was a big hit when the film had released back in 2013. Here's a pic of them looking super-cute together. Also Read - Trending OTT News Today: Shang Chi-Jungle Cruise web release dates, Star Wars Visions is truly visionary, Netflix announces Rana Naidu and more 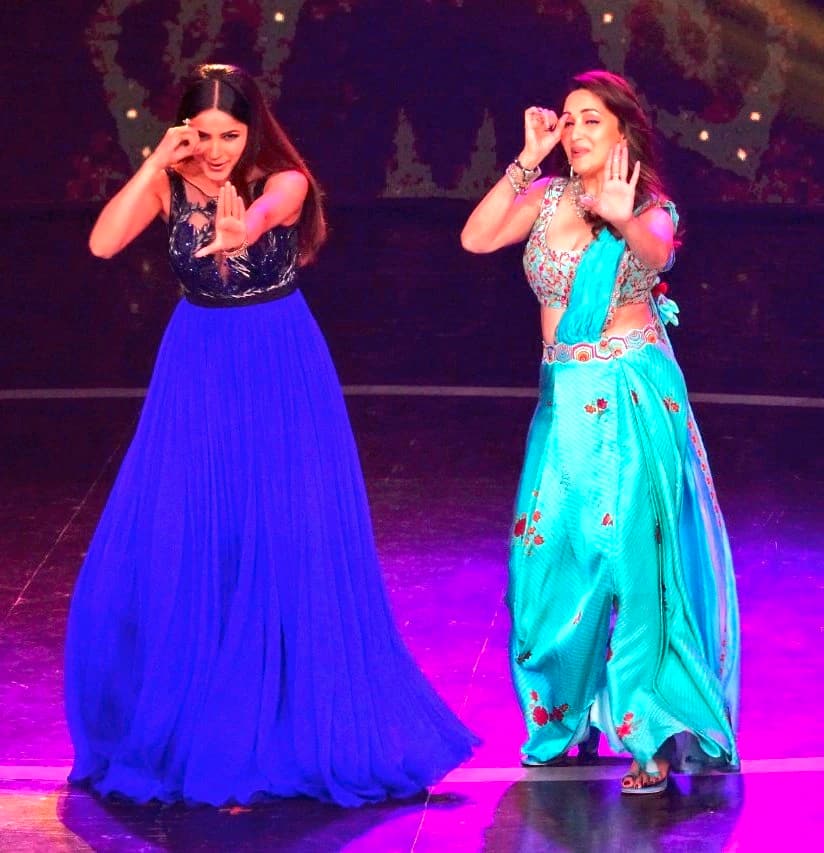 Shehnaaz had earlier released a promo in which she was seen announcing SidNaaz's arrival on Dance Deewane 3. Her caption read, "Coming Soon #DanceDeewane @realsidharthshukla @colorstv (sic)." In the video, Shehnaaz is heard saying that she and Sidharth will be seen doing the 'Ishq wala dance' on the show. Have a look at the promo below: Also Read - 10 of the most talked about Bollywood celeb link-ups that startled everyone

In another promo, Shehnaaz is seeing dancing with someone after which Sidharth Shukla seems a bit jealous and takes her away. Have a look:

Sidharth Shukla and Shehnaaz Gill’s friendship started in Bigg Boss 13. Sidhrath recently said, “Well, Bigg Boss holds a very special place in my heart, it’s given me back my identity and the audiences got to know the real Siddharth through this show. My Bigg Boss journey wouldn’t have been the way it was without Shehnaaz’s and everyone who has supported me wholeheartedly!”