EXCLUSIVE! 'I prayed to be the first runner up and not the winner,' says Ishita Vishwakarma after lifting the trophy of Sa Re Ga Ma Pa – here’s why 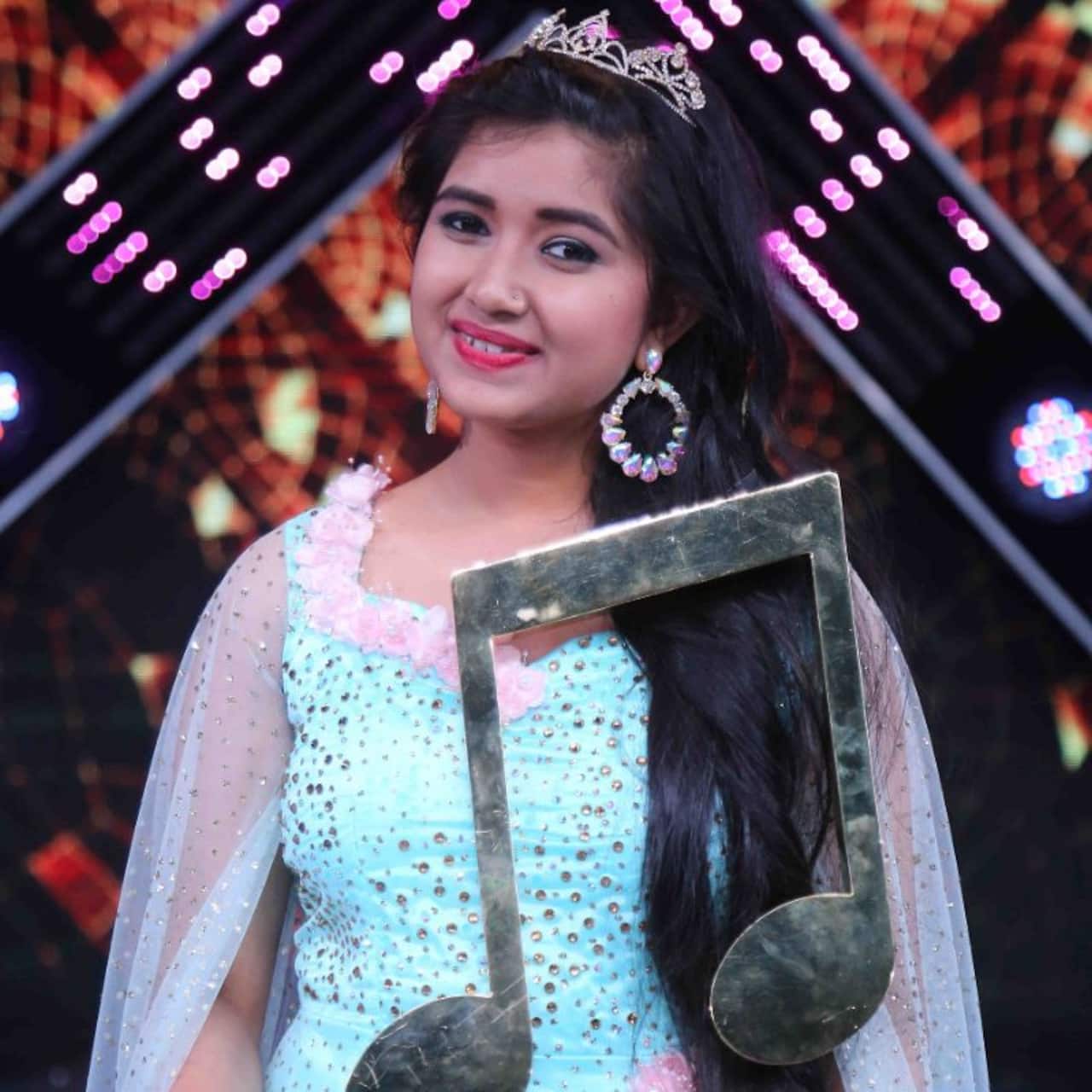 "It was an unbelievable moment," says Ishita Vishwakarma moments after she was announced as the winner of the singing reality show Sa Re Ga Ma Pa. The Grand Finale of Zee TV's popular series aired just a few minutes ago wherein Jabalpur's Vishwakarma was announced as the winner of the 23rd season by show host Aditya Narayan. Vishwakarma, in jest, claims, "Narayan is the best when it comes to giving heart attacks and he outdid himself while announcing the name of the winner." After her victory, BollywoodLife got in an exclusive chat with the sixteen-year-old, who was the youngest contender in the competition. She reminisces, "Everyone used to treat me like their daughter as I was everyone's favourite." The girl who can't keep her eyes off her trophy talks about her journey and gives the credit for her victory to the Lord. "All the credit for my winning the trophy goes to my God. Five years ago, when I was in Sa Re Ga Ma Pa L'il Champs, I couldn't even make it to the top 12. That time, I cried a lot and I took a vow that I will return to the platform and win the trophy. Maybe God saw my tears." [sic]

Ask her who was her toughest competition in the show, and the girl goes back to the time when her name was announced. "When the 3rd and the 2nd runner-ups' names were announced, it didn't have my name. So, the final competition was between me and Sahil Solanki. And that moment, I lost all my hopes there. He is already a playback singer and he has a huge fan following, I was 100 % sure that Sahil will be the winner. So, when my name was announced I thought it was a joke." [sic]

Ishita also adds how her competitors were happy for her victory which, for her, was an achievement. Also Read - Anurag Kashyap OPENS UP about refusing a collab with Sushant Singh Rajput three weeks prior to his demise; says he gets 'pangs of guilt'

The talent show saw several celebrities gracing its stage, which left Ishita star struck. She shares some of her moments which were so surreal for her that even winning the trophy became secondary. "When Sushant Singh Rajput and Sara Ali Khan had arrived on the sets, I sang Jaane Kya Baat Hai which is filmed on Sara's mother Amrita Singh. That time, Sara called her mother to make her listen to my song. She (Amrita) was so impressed that on the loudspeaker, she gave me best wishes and also claimed that I'll be the winner of the season. And it turned out to be true." [sic]

The singer already has been signed by music composer Amaal Malik, when he visited the show as a guest to promote his upcoming show. However, the fret of a jinx has already hit her. The jinx being, that winners never turn out to be successful. Ask her about it and the girl smirks, saying, "Actually I'm myself a firm believer of this. In fact, on the show, I used to say that winners have never been successful. I used to pray to God to make me the first runner up and not the winner. In fact, I used to pray in the temple. When I won the title, I had flashbacks of the same. But I know that hard work works the most. So, I hope to change all of this through my hard work and change the trend." [sic]

By the end of the conversation, there was a question that had to be asked. After five years from Lil' Champs, Ishita still decided to choose the regular edition of the show. Ask her why Sa Re Ga Ma Pa, she replies, "Because Sa Re Ga Ma Pa is the only reality show which isn't fake and it is original. It is completely based on music and no drama. Also, it is an Indian born show, unlike other shows like Indian Idol or The Voice. It has given the industry names like Shaan, Sonu Nigam and Shreya Ghosal, so I wanted to come on this show because of its legacy. Moreover, I did try my hands at other shows as well. But I have seen failures more than success. I have not won this show just after doing Lil Champs; I have got rejected from a lot of shows." [sic]