EXCLUSIVE! Nalini Negi recounts the horrific physical assault by roommate, says people should be beware of such people

Nalini Negi opens up on the unprovoked attack on her

TV actress Nalini Negi who is known for her work in Naamkarann and Splitsvilla was the victim of a horrific attack by her room-mate and her mother. The lady tells us, "I am recovering now but it was horrible. Such unprovoked aggression is scary, to say the least. I have filed the FIR and now I am waiting for the matter to come to Court. It takes 90 days for the matter to come to court." She further tells us that her room-mate's actual name in the papers is Sunita Rana. "She works in the industry by the name of Preeti. People should be aware as such people can change names tomorrow and seek accommodation else," Nalini asserts.

The lady further says, "I thought her mom, Snehlata had come to help her pack and move her stuff. Normally, no one allows parents when people are sharing out a place. My friend had come and I was about to leave with her for the gym but I saw their laundry bag lying on the floor. I picked it up and put it on the washing machine. Her mom came out and started shouting. She was like, 'you don't touch our washing machine'. They were using a lot of my stuff and I pay all the bills of the residence. She began shouting at me, so I told her to talk politely. She began screaming and I shut the windows of my place. She went and opened it and screamed louder. My friend was trying to pacify her. Then, she called up Preeti who came up in five minutes. I had just begun explaining when they attacked me. They hit me on my face. I was horrified and instantly called the police." Also Read - Zain Imam rubbishes rumours of dating Naamkarann co-star Nalini Negi 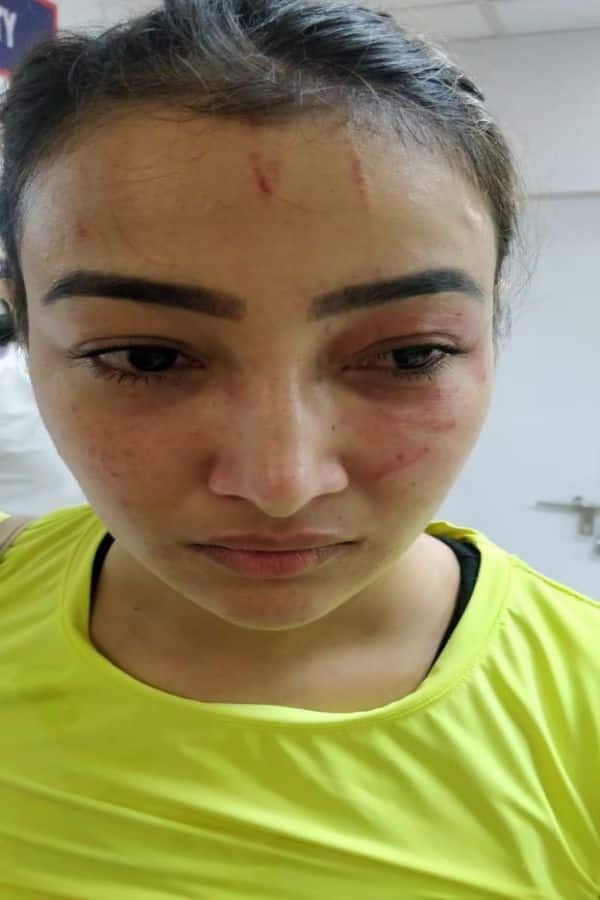 Nalini says she knew Preeti from before and this was totally unexpected. "We were like friends so this is very shocking. I did not have the courage to return to the flat post that. I went home only after my dad came to Mumbai after this incident. Even when we were walking out of the police station, they showed me the middle finger. It is scary. I don't know the reason behind such an attack," she states.