On Friendship Day 2022, Rubina Dilaik hosted a small party at her residence for Khatron Ke Khiladi 12 friends like Rajiv Adatia, Sriti Jha, and others. 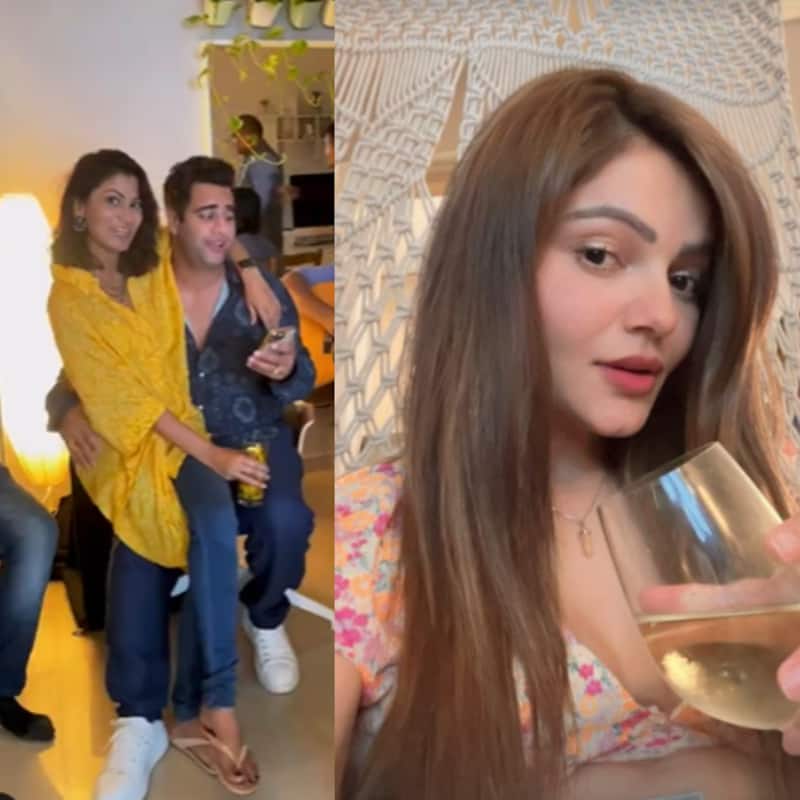 Khatron Ke Khiladi 12 is creating a lot of buzz around the masses. Since the show hosted by Rohit Shetty is inching close to its finale everyone is wanting to know who the winner of the show is. The list of contestants includes Rubina Dilaik, Jannat Zubair, Sriti Jha, Nishant Bhat, Rajiv Adatia, Mohit Malik, Faisal Shaikh and many more. While everyone waits for the result with bated breath, it looks like the contestants have managed to leave the competition behind and strike a strong bond of friendship among themselves. Also Read - Khatron Ke Khiladi 12 grand finale written update: Tushar Kalia BEATS Faisal Shaikh and Mohit Malik to be the ultimate winner

On Friendship Day 2022, Rubina Dilaik called her closest friends from Khatron Ke Khiladi 12 for a musical afternoon. Rajiv Adatia has shared the video on social media. One can see Sriti Jha, Nishant Bhat and Anupamaa's Aneri Vajani too. All of them could be seen enjoying themselves singing old songs. Rajiv shared the video with the caption, "Happy Friendships day!!! Mini reunion! Thank you @rubinadilaik for an amazing, fun loved afternoon.. laughs and joy!! Love you guys!!" Check out the video below: Also Read - Khatron Ke Khiladi 12 grand finale: Kanika Mann gets eliminated, Rubina Dilaik, Jannat Zubair, Faisu, Mohit Malik and Tushar Kalia in the race - who will win the trophy?

Who will win Khatron Ke Khiladi 12?

As the show is progressing, it appears that in the top five are Rubina Dilaik, Jannat Zubair, Mohit Malik, Faisal Shaikh and choreographer Tusshar Kalia. It remains to be seen who is going to win the show. Apart from these stars, Yeh Rishta Kya Kehlata Hai's Shivangi Joshi, Bigg Boss 15 star Pratik Sehajpal, TV actress Chetna Pandey, Guddan Tumse Na Ho Payega star Kanika Mann and others were a part of the show. One by one, the stars got eliminated from Rohit Shetty's show. Also Read - Dheeraj Dhoopar in Jhalak Dikhhla Jaa 10, Kavita Kaushik in Bigg Boss 14 and more: TV stars who QUIT reality shows

The stunt-based show is expected to be replaced by Jhalak Dikhla Jaa and Bigg Boss 16 once it is done with its finale. Who do you think will win?