In the current episode of Ghum Hai Kisikey Pyaar Meiin, actress Ayesha Singh who plays the lead role of Sai was seen reminding Virat his duties and responsibilities of revealing the truth. 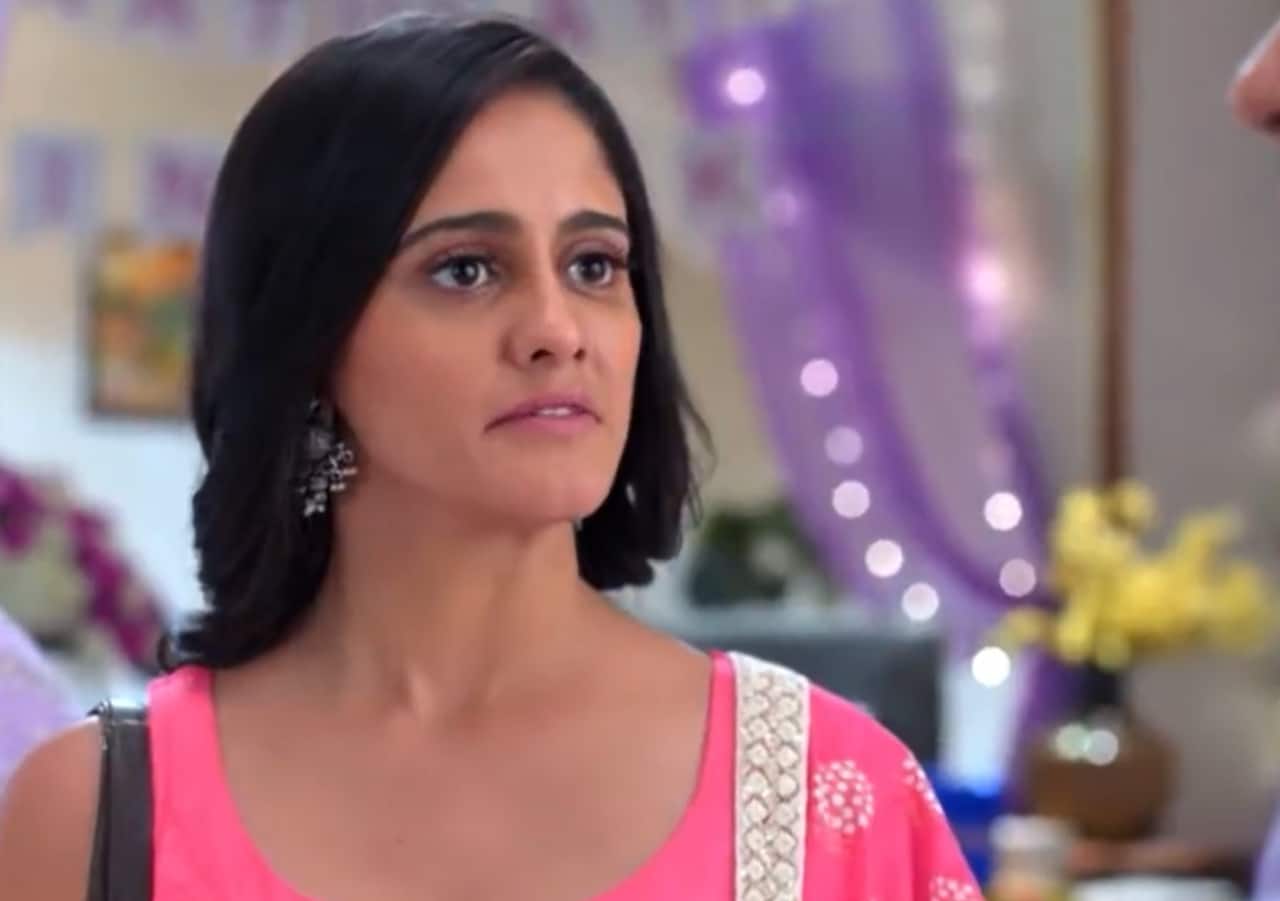 In the current episode of Ghum Hai Kisikey Pyaar Meiin, Pakhi describes herself as Vinayak's Yashoda maa and leaves netizens fuming in anger. On the other hand, Sai prepares to get Vinayak home. But, Vinayak chooses Pakhi over Sai and Virat feels guilty for his behavior. Pakhi goes to the washroom when someone comes from behind and puts a letter in her bag. Pakhi comes out and does not find her bag. She sees her bag in Sai's hand and the latter says that she found the bag lying on the ground. Pakhi accuses her of theft. Also Read - Taarak Mehta Ka Ooltah Chashmah continues to rule; Anupamaa regains position; Bigg Boss 16 makes a surprising jump on Most-liked Hindi TV shows list

In school, Vinayak has to make an idol of maa Yashoda and Kanha, He dedicates it to her mother Pakhi, and calls her the best mom in the world. Sai gets emotional as she cannot call Vinayak her own son. Also Read - Ghum Hai Kisikey Pyaar Meiin BIG TWIST: Pakhi points a gun at Ayesha Singh aka Sai in a face-off; netizens wonder who will get shot [View Tweets]

On the other hand, Bhavani will curse Sai that she took away their grandchild from them and now she is behind Pakhi's adopted son. Sai gives a befitting reply to her and says that one-day truth will come in front of them. Also Read - Trending TV News Today: Dalljiet Kaur supports Shalin Bhanot after he's bullied on Bigg Boss 16, Yeh Rishta Kya Kehlata Hai actress Karishma Sawant in online spat and more

In the upcoming episode of Ghum Hai Kisikey Pyaar Meiin, Virat tries his level best to tell Pakhi that Vinayak is not her son, but she does not listen to him. On the other hand, Virat begs Sai to not reveal Vinayak's truth in front of Pakhi. Sai makes Virat realize his duties and responsibilities as ACP and tells him to reveal the truth.

Netizens have lost their calm seeing Ayesha Singh aka Sai reminding Virat of his duties. These fans have slammed the writers of Ghum Hai Kisikey Pyaar Meiin for stooping so low. One user wrote, '#GhumHaiKisikeyPyaarMeiin #AyeshaSingh isn’t Sai expecting too much from this immoral dishonest man . Did she forget he supported his criminal lusty mistress preleap so how she expects he will have courage to tell truth and support her this time .' While anotger commented saying, 'This Cracked me up ?????

@StarPlus
?? how low will you stoop Writers ??'

Have a look at netizens' reaction -

#GhumHaiKisikeyPyaarMeiin #AyeshaSingh isn’t Sai expecting too much from this immoral dishonest man . Did she forget he supported his criminal lusty mistress preleap so how she expects he will have courage to tell truth and support her this time . pic.twitter.com/Y1UEbEuENZ

1. Baccha Chor doing what she does best (run away with babies)
2. BK blabbering as usual and then sudden change in her attitude - I cursed my own chiraag?
3. V as usual with his awful hand?️movements- 15y acting exp ?#GhumHaiKisikeyPyaarMeiin pic.twitter.com/CEPUxylZUu

P running away with their passports ???
How will she manage the language ‘ENGLISH’ outside india ? We all know how good her language skills are???

Oh I forgot, Vinu speaks better English than her??
Am sure his vocab is far better #GhumHaiKisikeyPyaarMeiin @AishSharma812

Virat begging Sai for his Pakhi.

#GhumHaiKisikeyPyaarMeiin #AyeshaSingh is it just me or did anyone else think virat looked more sad and dejected not because p ran away with vinu but because she ran away without him ?to me it looked like he was sad p didn’t take him along when he found his passport