Ghum Hai Kisikey Pyaar Meiin upcoming big twist: Sai (Ayesha Singh) and Pakhi (Aishwarya Sharma) to have a major face-off over Vinu. Virat (Neil Bhatt) tries to diffuse the situation but the gun clicks. Who will be shot? 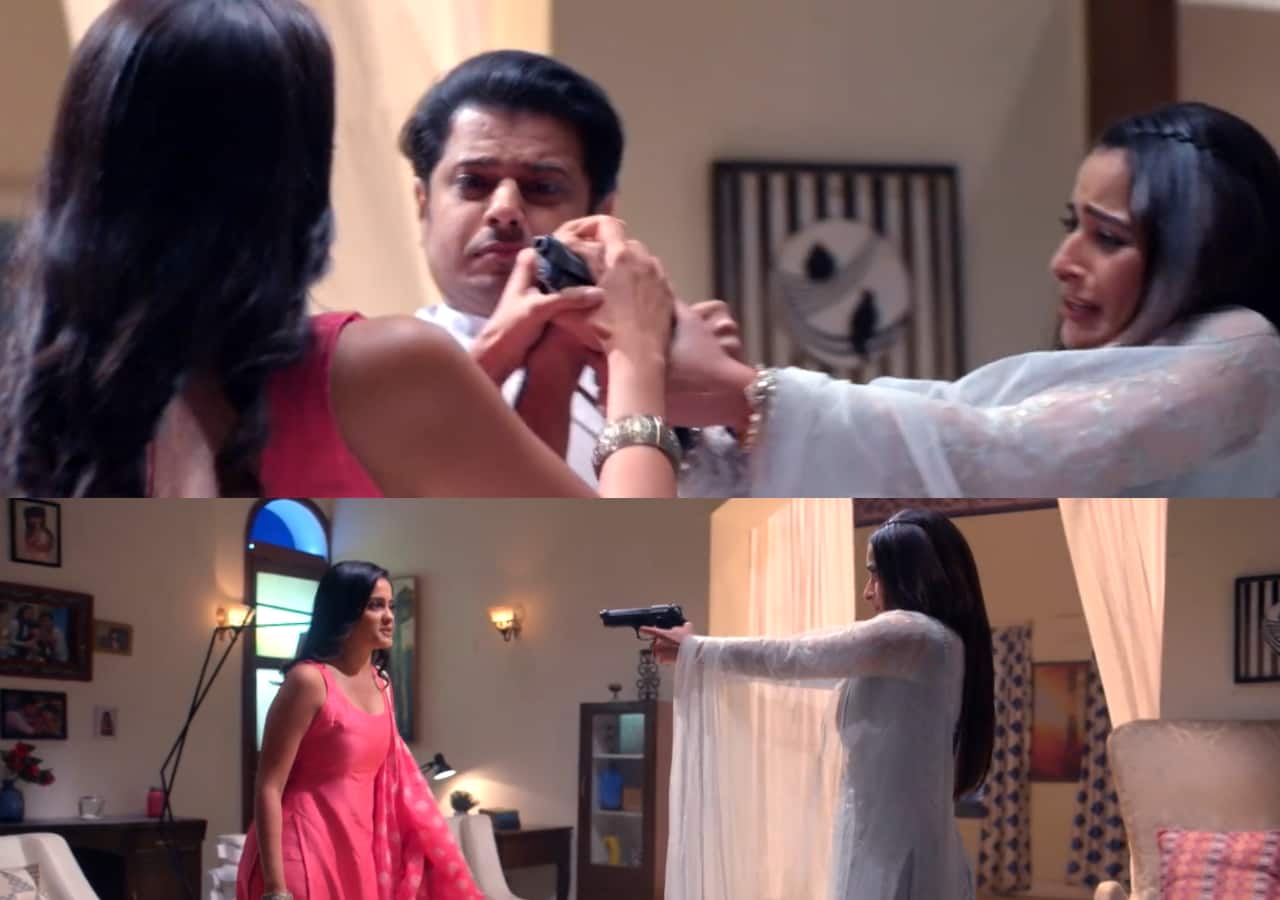 Ghum Hai Kisikey Pyaar Meiin shocking spoiler alert! Ayesha Singh, Neil Bhatt and Aishwarya Sharma starrer TV show is gearing up for a dramatic twist in the story now. Sai is hellbent on getting her son, Vinu back. She has given an ultimatum to Virat on the same. She has given him a chance to reveal that Vinu is their son to all the Chavans after which she will take him away. Pakhi is unaware of the same and has been having weird experiences of late. And now, there will be a huge face-off between Sai and Pakhi, Virat will intervene but it would be too late. Also Read - Ghum Hai Kisikey Pyaar Meiin ongoing track improves popularity, Anupamaa, Bigg Boss 16 rule hearts – Meet TOP 10 Most-liked Hindi TV shows

Ghum Hai Kisikey Pyaar Meiin: Pakhi and Sai to have a major showdown!

In the upcoming episode of Ghum Hai Kisikey Pyaar Meiin, Sai will reach out to Pakhi at Chavan Niwas. Much to her shock, Pakhi has a gun in her hand which she is pointing towards her (Sai, Ayesha Singh). Sai asks her to return Vinayak to her. Pakhi (Aishwarya Sharma) threatens her to use the gun. Sai stands her ground. She is ready to be shot but won't leave without Vinayak. Pakhi then points the gun at herself and threatens to shoot. Sai gets shocked. Virat (Neil Bhatt) comes and is shocked to see Pakhi and Sai having a face-off. He and Sai try to stop Pakhi from doing any harm but the gun clicks. Someone will get shot! Also Read - Ghum Hai Kisikey Pyaar Meiin: Netizens call Ayesha Singh aka Sai a doormat; want her to quit as there's nothing left for her character

I have a feeling the gunshot will hit Vinu. And he would need blood. Nalla-Sai will have to bring Savi for it. Then that tharki budhi Kaku will realize both Savi and Vinu are her heir. And would ask Sai for forgiveness. #GhumHaiKisikeyPyaarMeiin

#GhumHaiKisikeyPyaarMeiin
sarcastic me: let pakhi get the bullets,sai be jailed and get hatred from vinu! let vinu and savi live without sai and pakhi! punishment for all the three else theeno ek dusrey ko goli ,aarkey marjao,show khatam and humey mukthi mi;egi!


Well, for all we know, this could be another dream of Virat as he has been failing to reveal the truth to Pakhi despite given hours. Stay tuned to BollywoodLife for the latest scoops and updates from Bollywood, Hollywood, South, TV and Web-Series.
Click to join us on Facebook, Twitter, Youtube and Instagram.
Also follow us on Facebook Messenger for latest updates.
Advertisement