Ghum Hai Kisikey Pyaar Meiin upcoming story: Virat aka Neil Bhatt comes to Savi's rescue as she gets kidnapped. Whilst reports on Virat and Pakhi's relationship on the show have created a buzz online. Neil and Aishwarya Sharma are at receiving end again. 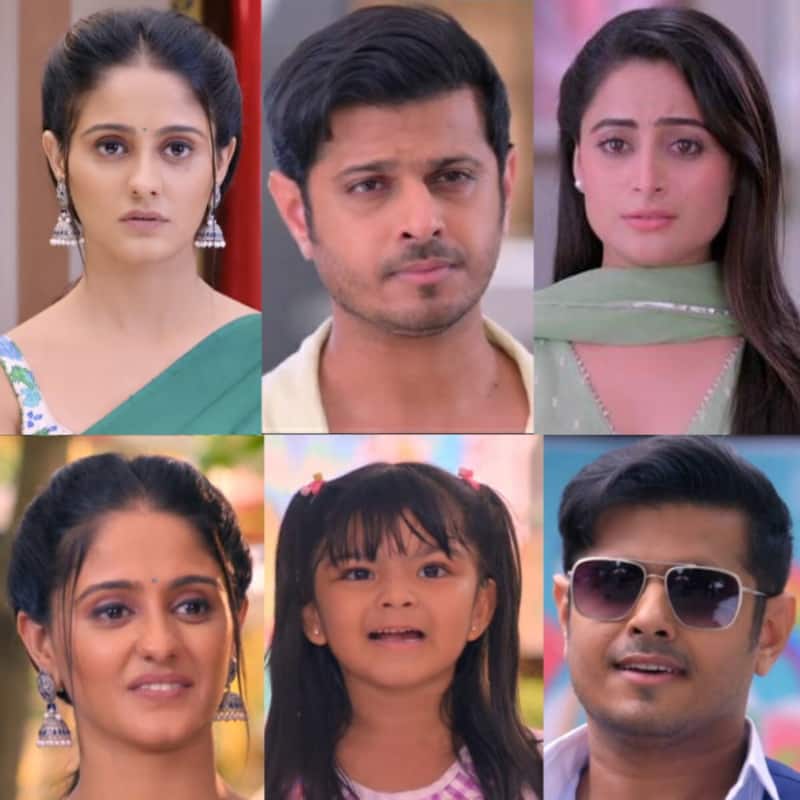 In the upcoming episode of Ayesha Singh, Neil Bhatt and Aishwarya Sharma starrer TV show, we will see Virat coming across Savi's message on a tree, pleading for her father's return. He replies back to her saying that she will soon be reunited with her father. When Savi reads the message she gets super happy. Elsewhere, Sai has been facing some tough times in Kankauli because of the men of the village. Sai teaches underprivileged women but their husbands are not happy with the same and complain to MLA Gulabrao who in turn threatens her. Now in the upcoming episode, Gulabrao will get Savi kidnapped to teach Sai a lesson. And Virat will come to her rescue. Yes, you read that right. Savi, who has been fascinated by police officers will be in awe after seeing Virat fighting the goons. So, there you go, that's how Savi and Virat will meet each other. Ghum Hai Kisikey Pyaar Meiin is going to be a big trend in entertainment news for weeks now. Also Read - TRP Report Week 37: Ghum Hai Kisikey Pyaar Meiin, Anupamaa, Yeh Rishta Kya Kehlata Hai ratings improve despite online flak [Check TOP 5]

There have been reports that post leap, Pakhi will be shown as the bahu of the Chavans. Online buzz states that Pakhi will be in a complex marriage with Virat. Though there is no confirmation on the same, Aishwarya Sharma and Neil Bhatt are at the receiving end of the criticisms again. As of now, Pakhi and the Chavans haven't been introduced in the show. Netizens are wondering about the other side of the story. Plus this update on Pakhi's marriage has left them cringing. Check out the reactions here: Also Read - Ghum Hai Kisikey Pyaar Meiin: Netizens are cringing over the ongoing track; SLAM makers for focussing too much on Virat-Pakhi scenes and sidelining Sai [View Tweets]

If Virat and Pakhi would get married why are they showing Virat and Sai with their kids then..? The whole purpose of the separation is to bring some drama and then reunite the couple. Happens the same way in every show #GhumHaiKisikeyPyaarMeiin

Will you justify Virakhi marriage in the name of drama ? Marriage is marriage there is no complex or fake marriage. If virat pakhi are married with all rituals sairat are over and do is this show for a lot of people

I agree with my opinion ???
Must bring new ml for sai ?#Ghumhaikisikeypyaarmeiin https://t.co/BskhV5pL0g

If #GhumHaiKisikeyPyaarMeiin brings a new man for Sai all the "popularity" from the Bhatts may go or no one will ship sai? anymore they will ship her with the new guy so to keep them riding on Sai's strength as the lead they will keep her yearning for not IPS Chavan

So the actual meaning of the montage of #GhumHaiKisikeyPyaarMeiin is

That is why they haven’t changed it till now ? pic.twitter.com/XNXE7pHGKp

Vankar just got two cute kids to distract audience from Virakhi marriage.
All trp techniques.
Now everyone will watch #GhumHaiKisikeyPyaarMeiin mainly for the kids & their scenes
Sai ? is over, he will write some crap scenes in betwn showin Humane Virat jugglin betwn S & P ?

Vankar’s main aim was to get Bhatt couple married on screen.

Orelse who will write surrogacy and give these useless tracks like 3 idiots delivery scene ??‍♀️ and keep Pakhi - a useless character for a show which is already in trp top 5 list #GhumHaiKisikeyPyaarMeiin

In 8 yrs,
Virat went from

Wait what! V&P r married couple now??. If it's true,it's a gud move actually make their rlnship gud, create a Lovely love story for Sai. I know it will never happen cz the storyline is only TRINGLE TRIANGLE.

Ok so next wll be HE IS MY HUSBAND story?#GhumHaiKisikeyPyaarMeiin

#GhumHaiKisikeyPyaarMeiin who said complex marriage means sexless marriage.Are you telling me those are S bangles behind V ? I don’t think so which means P shares his bedroom too so whats the complexity here.eww no way will sai return to that room in that case pic.twitter.com/2eH9kJw1yl

It means V & P are living jst like Sairat.
Sairat used to sleep on same bed with pillows between them

Maybe here it's Vinayak instead of pillows
Means Vinu sleeps between Virakhi.

In the promos till now, we saw Vinayak addressing Pakhi as his mother. Netizens have also noted the bit that Virat has not revealed about Sai to Vinayak yet.