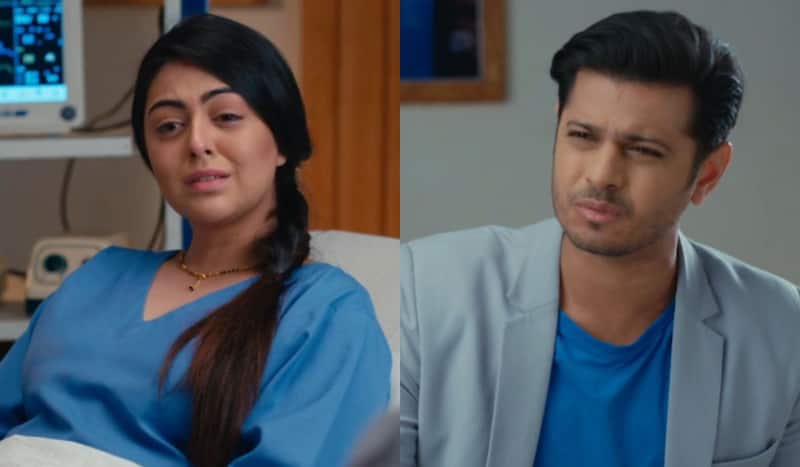 Ghum Hai Kisikey Pyaar Meiin fans are proving that they are one of the most active on Twitter. Well, the makers have been keeping them hanging for a long time now. Yes, the love confession of Virat (Neil Bhatt) and Sai (Ayesha Singh) is not happening any time if we see how the show has been dragging. The new drama is the growing fondness between Virat and Shruti. It is evident that Sada's widow is rather impressed by Virat's genuine care and concern for her baby. Sai is having trust issues seeing Virat with Shruti. Fans have found this whole concept of two women crushing on Virat Chavan rather funny. Also Read - Ghum Hai Kisikey Pyaar Meiin fans shower love on Ayesha Singh as she grooves with Akshay Kumar on Ravivaar with Star Parivaar

Also, we have seen how Shruti has done a complete U-turn in her attitude towards Virat. While she called him a murderer some episodes back, she is now talking about the virtues of his profession. This is how fans reacted on the matter on social media... Also Read - Ghum Hai Kisikey Pyaar Meiin: SaiRat fans rejoice after Pakhi's great fall but feel plot is rushed; share heartfelt opinions on Virat's changed behaviour [View Tweets]

Why shruti changed her colors all of a sudden ? #GhumHaiKisikeyPyaarMeiin

Bcz she fell on raja babu.. Another love story start in ghum ???

I want DIG to come and arrest Shriti and rehabitate her with her son . Govt is doing the same for the wives of naxals. They will be given a chance to relocate themselves in society. Virat as the ACP should know it but Vankar chose to show him dumb.#GhumHaiKisikeyPyaarMeiin

Shruti accepting Sada to be a Rebel & proving Virat to be non guilty??????... in 180° she flipped from not letting her child to Virat to him to be the most humble Man...is she playing Victim or being judgemental?? 180° still left...#ViratChavan #GhumHaiKisikeyPyaarMeiin

Why not.. Shruti virat share such a beautiful bont.. Virat is a leagal father of shruti 's child so its obvious that they both knows each other very well.. Actually they became parents.. Congratulations virat stans aapka raaja babu "BABA" ban gaya ??#ghumhaikisikeypyaarmeiin

Shriti should call Mrs Chavan and say sorry for impersonating her and for snubbing her on phone. If not she will be the most selfish woman who want to flee from justice at the cost of another woman’s marriage that stood on the verge of break up.

Husband goal is all okay when some criminal accuse him of murdering her husband. .but looseses his shitt at the very moment when deal wife points valid questions raja babu #ghumhaikisikeypyaarmeiin

Hence proved,
Shruti's morals about duty of being police officer >>>>> virat.
What a mockery of the dignified profession
while Virat listening to shruti was like ?#GhumHaiKisikeyPyaarMeiin pic.twitter.com/ENNrMCw2ft

It seems makers have to take quick steps to keep the interests of SaiRat fans intact. On the positive side, there is a New Year special happening where we will see the couple dancing. Also Read - Bade Achhe Lagte Hain 2's RaYa, Ghum Hai Kisikey Pyaar Meiin's SaiRat and more TV jodis whose love story suffered due to forced separation tracks