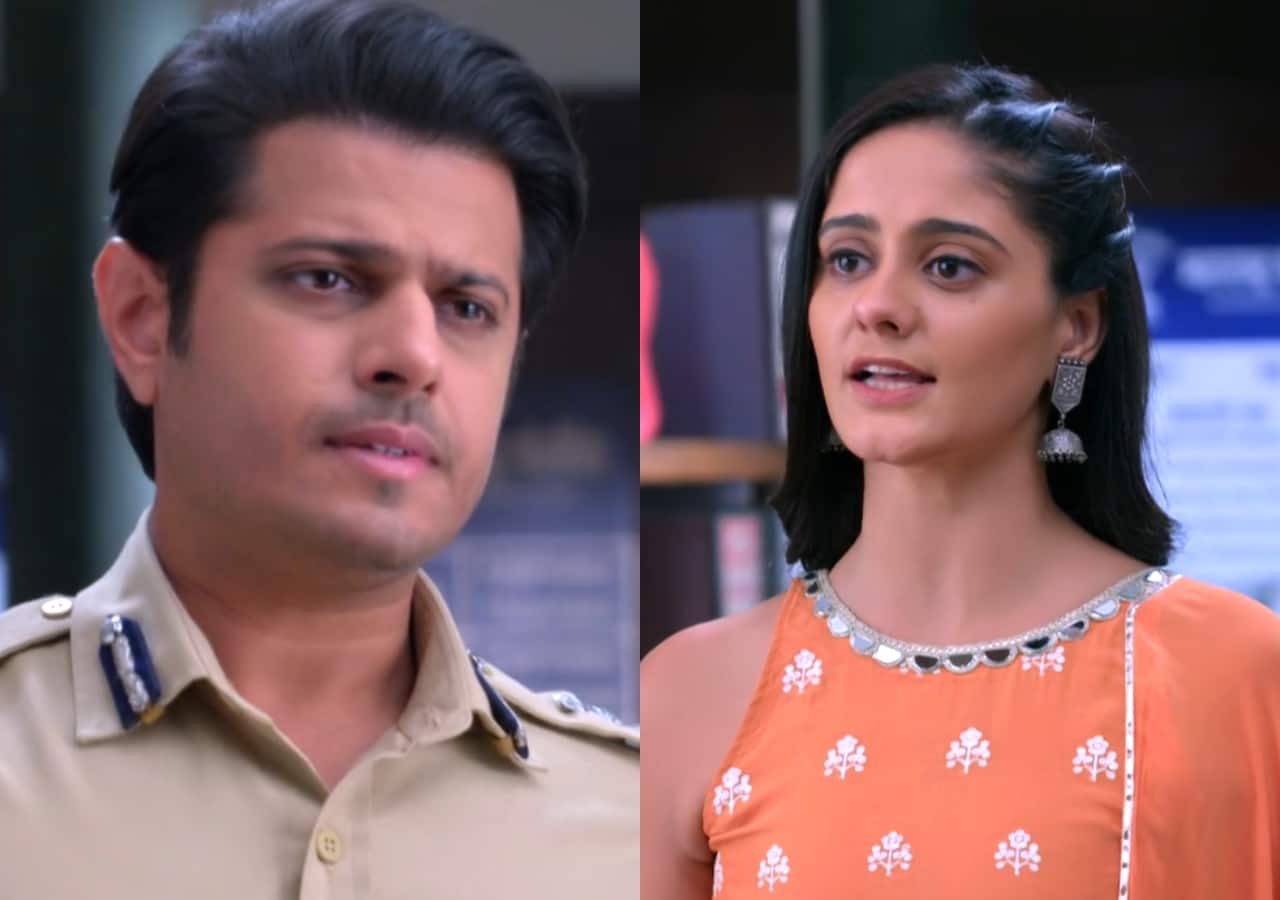 Well, the online audience of Ghum Hai Kisikey Pyaar Meiin has watched the show already. For those, who haven't here's a spoiler: Virat (Neil Bhatt) will learn that Sai has kept a Puja. He fears that it is Punyatithi puja for Vinayak. When Bhavani Kaku asks to keep the puja as well, Virat lashes out. He reaches the temple where Sai is performing the puja and stops her. He unwittingly tells Sai that Vinayak is alive. Sai (Ayesha Singh) pesters him to reveal where Vinayak is. But Virat stands still. And then, Jagtap joins them. He asks Virat to tell the truth before he regrets it. Jagtap tells Virat and Sai that he knows the whole truth. He gives an ultimatum to Virat and begins the countdown. It is then that Virat reveals that Vinayak is Vinu. This gesture of Jagtap has won over the audience and they cannot stop praising him. Check out the tweets here: Also Read - Ghum Hai Kisikey Pyaar Meiin: Sai reprimands Virat for hiding Vinayak's truth from her; netizens appreciate Ayesha Singh; calls Neil Bhatt a 'monster'

Jagtap was the real hero of the episode.He felt sai's pain the way no one else could.he made this moron v to spill the truth in front of sai otherwise he would nvr have told the truth to sai. Y can't he be forgiven if he's really changed. #GhumHaiKisikeyPyaarMeiin #AyeshaSingh

Jagtap countdown of 3 finally he revealed yes our son vinnu is alive finally mother #SaiJoshi got to know this ??her happiness of tears her relief that her baby was alive he's safe #AyeshaSingh was so good ? #GhumHaiKisikeyPyaarMeiin pic.twitter.com/oJbIqwK8sM

In one of the live interaction #siddharthvankar reveal that sairat ka ek hona nishchit hai? please don't do it.....I know it's his trick to give fake promo and fake promotion to keep audience bind to show.lets see kya show no.1 TRP le pata hai ?#GhumHaiKisikeyPyaarMeiin https://t.co/UbtHnTBHB2

#GhumHaiKisikeyPyaarMeiin #AyeshaSingh if anyone thinks V told truth out of goodness of his heart let me break their bubble.V was cornered by J.if J had not threatened to tell S whole truth even now he would have continued to protect that bitch p & not told S anything.V is evil

Today’s HERO IS JAGTAP!!!! HE SHOWED THE MIRROR TO VC ! This is called redemption n reform of char unlike VC who didn’t want to say the truth nkeep mom son away from eo ..coward can’t say the truth (I don’t ship Sai n jags) #GhumHaiKisikeyPyaarMeiin

Without siddharth bodke it would have been really impossible kudos to him for bringing it so perfectly. And I'm not shipping jags with sai so so called sairat stans better don't eat my head over that#GhumHaiKisikeyPyaarMeiin

Ayesha Singh and Neil Bhatt starrer TV show is often grabbing headlines in Entertainment News. In the upcoming episodes of Ghum Hai Kisikey Pyaar Meiin, we will see Sai giving an ultimatum of 72 hours to Virat to reveal the truth to the Chavans. She tells him that she will take away Vinayak after that. Elsewhere, Ashwini comes and informs Virat that Pakhi and Vinayak are missing. Also Read - Trending TV News Today: Fans upset as Nimrit Kaur Ahluwalia becomes the first contender to be Bigg Boss 16 finalist; Rakhi Sawant's husband Adil accepts marriage