Ghum Hai Kisikey Pyaar Meiin: Sai Joshi aka Ayesha Singh's Sherni Avatar is back and fans are rejoicing in the fact that she has left Chavan house. Neil Bhatt's character Virat Chavan gets slammed online for his hurtful words against Sai. 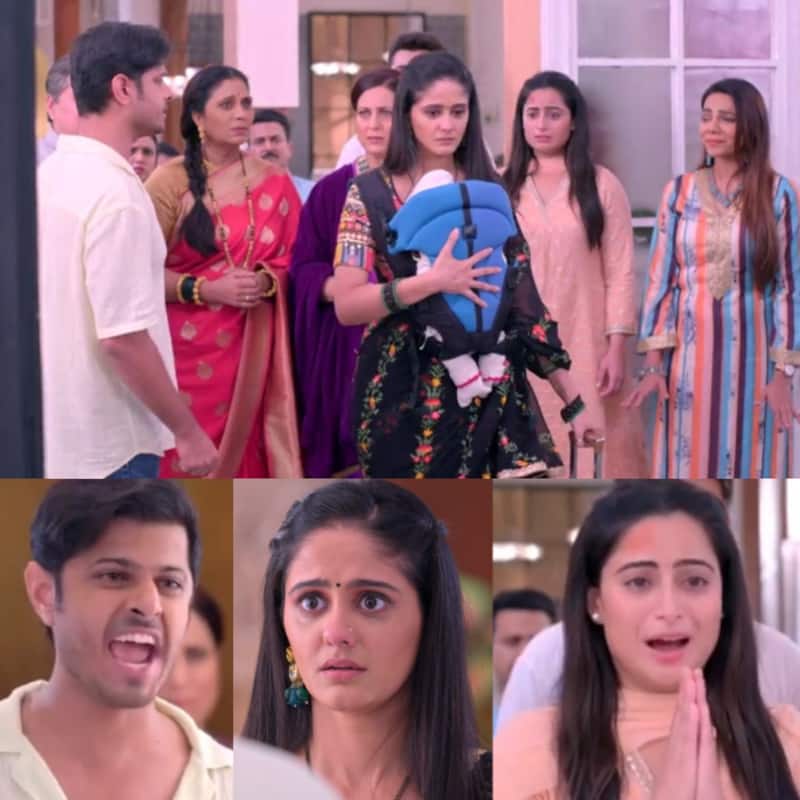 Sai and Virat at loggerheads as the latter brings Pakhi back

In the latest episode of Ghum Hai Kisikey Pyaar Meiin, we saw Virat aka Neil Bhatt and Sai aka Ayesha Singh get into an argument over Pakhi. The former decides to bail Pakhi aka Aishwarya Sharma out. Sai si staunchly against it as she believes Pakhi should be punished for all the bad deeds she did in order to get closer to Virat. The illegal pregnancy, threatening Geeta and her husband against the surrogacy to even attacking Sai with goons. While at first Virat was furious upon learning Pakhi's deeds. And now, he himself goes to get Pakhi out on bail. Sai and Virat get into a heated argument over the same where Virat says a lot of hurtful words against Sai. Ghum Hai Kisikey Pyaar Meiin is one of the top shows that keep trending in the entertainment news. Also Read - Ghum Hai Kisikey Pyaar Meiin: Rumours of Rrahul Sudhir entering Ayesha Singh-Neil Bhatt starrer surface amidst ongoing flak; fans react [View tweets]

Ayesha Singh fans rejoice as Sherni Sai is back

In the upcoming episode of Ghum Hai Kisikey Pyaar Meiin, we will see Sai Joshi deciding to move out of Chavan Nivas. She is very adamant. Sai and Virat yet again get into a war of words. Even Bhavani Kaku rebukes Sai for being stubborn about Pakhi staying in jail. However, Sai doesn't silently take it all. She is seen giving it back to everyone. While Ashwini and Ninad try to calm Sai and Virat down, even Pakhi tries to stop Sai from leaving, but Virat stays unfazed. Later, Sai walks out of the Chavan Nivas with Vinayak. Fans are happy that the Sherni Sai Joshi is back. They are also lashing out at Virat for his hurtful words against Sai. Check out the tweets here: Also Read - Ghum Hai Kisikey Pyaar Meiin: Netizens not happy with Virat-Pakhi's closeness; say, 'Sairat is dead'

Some people behaving like Virat doing all this for the first time ??
Angstttt Raww Reall

#GhumHaiKisikeyPyaarMeiin
What the F was the ep?

Definitely whatever ?said or did was baseless meaningless but then he’s suar of ITV for a reason
Ek toh already 0 sense of screen presence hai isse upar se ye “ML”char?

I missed this Sai so much ??
This is the #SaiJoshi for what she is loved and praised for??#GhumHaiKisikeyPyaarMeiin https://t.co/QEpMMARImZ

I would say Sai was still mellow. She was giving back to the accusations Virat was throwing. If she was toxic like Virat, she would've mentioned how she was treated during her pregnancy then surrogacy,after Vinu's birth & Virat snatching Vinu from her. #GhumHaiKisikeyPyaarMeiin

Today we all got our reply as to why V stands mute when his family n achi dost taunts, abuses, n even slaps sai bcus they are actually saying n doing things which he himself wants to but can't bcus of his mask of being "good"

If she had stayed she would have ended up like Ashwini and Virat exactly like his father and Vinayak just like Virat! Kudos to her for leaving that hell hole! #ghumhaikisikeypyaarmeiin

#GhumHaiKisikeyPyaarMeiin @sidd_vankar Ur current Story ? Virat Blames Sai for everything even smart death& he want to live with his family &wife doesn't include in that but bhabhi tho chahiye.Non of the family stopping Sai because they consider her family,sirf bacha chahiye

Virat put his own family/married life at risk for his Pakhi ?♥️

Now even after Pakhi’s truth is out he is still behaving the same way ??

Sai said those “hurtful” words in return to all the blames put on her by Virat! #GhumHaiKisikeyPyaarMeiin https://t.co/44X4ffOz73

All he had to do is make Pakhi stay away from that house Atleast until Sai calms down ?

In Neil Bhatt, Ayesha Singh and Aishwarya Sharma starrer Ghum Hai Kisikey Pyaar Meiin, we will see a leap taking place where Sai will be seen living with a baby girl whereas Pakhi is seen being a mum to Vinayak and staying at the Chavan Nivas. On the other hand, Virat is seen buying gifts as per Vinayak and the little girl's wishes. Let's see how the new twist unfolds in Ghum Hai Kisikey Pyaar Meiin.