In the upcoming episode of Ghum Hai Kisikey Pyaar Meiin, Vinayak will choose Pakhi over Sai after Virat brainwashes him. Sai feels heartbroken and fans have demanded justice for her. 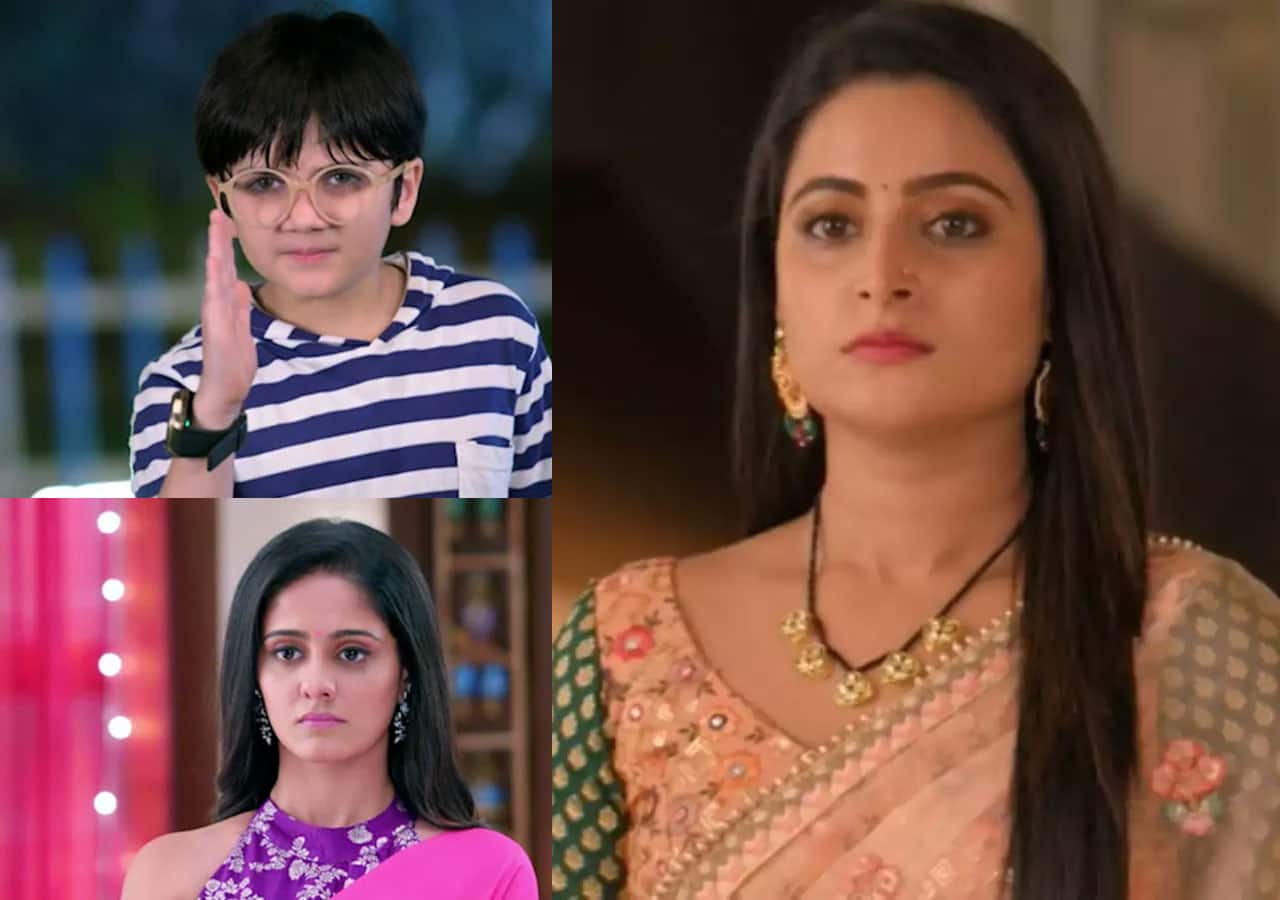 In Ghum Hai Kisikey Pyaar Meiin, Sai finally gets to know that Vinayak is her lost son Vinu. She also gets to know that Virat was busy hiding the truth from her for Pakhi's happiness. She lashes out at Virat and loses her calm at him. On the other hand, Virat begs Sai to not reveal the truth as she will ruin everyone's lives. Virat advises Sai to stay with his daughter Savi and let Vinayak stay with Pakhi. Sai gets furious at him and scolds him. She gives an ultimatum to Virat and says that he has only 72 hours to tell everyone that Vinayak is her son. The upcoming episode of the show will witness some major twists and turns. Also Read - Ghum Hai Kisikey Pyaar Meiin stars Ayesha Singh, Neil Bhatt's latest pics with Siddhartha Vankar make netizens wonder if they are leaving the show

In the upcoming episode of Ghum Hai Kisikey Pyaar Meiin, Jagtap sees Pakhi running with Vinayak and informs Sai about the same. Sai gets furious and tells everyone that Vinayak is her child and not Pakhi's. Virat gets shocked and worried for Pakhi. Virat supports Pakhi against Sai and makes Vinayak choose her. Will Sai also give Vinayak rights to Pakhi and sacrifice her love? Also Read - Ghum Hai Kisikey Pyaar Meiin character Virat to Anupamaa star Vanraj: Meet the not-so-good husbands of these Top TV shows

On the other hand, Virat reveals that Vikrant used Karishma to take revenge. Omkar and Sonali get shocked. They hold Bhavani responsible for ruining their son's marriage for her political career. Meanwhile, Vinayak will win a trophy and he wants to give it to his mother. Sai and Pakhi will come to Vinayak. Virat gets confused and thinks about who will Vinayak give his trophy. Vinayak decides to dedicate his trophy to Pakhi and leaves Sai heartbroken. Also Read - Anupamaa fails to trump TMKOC; Yeh Rishta Kya Kehlata Hai surpasses Ghum Hai Kisikey Pyaar Meiin to be the Most-Liked TV show of 2022

Fans of actress Ayesha Singh aka Sai are upset with the makers after Vinayak chooses Pakhi over her. They have expressed their sadness on the social media and demanded justice for Ayesha's character.

A surrogate mother is claiming her rights on legal parents son n abusing his mother but look at the spineless father/husband is standing like a statue n taking all her craps just not2hurt her.i haven't seen a worse father/husband than? in my entire life#GhumHaiKisikeyPyaarMeiin pic.twitter.com/uYrb2RP60Z

She's practicing how she explains vinnu about her existence in his life you're not a orphan years back your dad virat and me did a,fight I leave the house suffered from accident and get separated ? God knows how much more suffering is left #AyeshaSingh #GhumHaiKisikeyPyaarMeiin pic.twitter.com/yyWMT99dvG

#SaiJoshi ready vinnu to call p as mumma, but she don't even want choti mumma she's the same woman who forgive all her crimes when she delivered vinnu but again when she snatched she take stand for herself that's the difference #AyeshaSingh #GhumHaiKisikeyPyaarMeiin pic.twitter.com/L8vJixaCH4

SAIRAT IS DEAD
&
P is MAHAAN in every which way
&
V is the BEST DCP, Husband, Devar ,Father of d Millennium@sidd_vankar @cockcrow_shaika @pradeep1staug @rajeshramsingh
We got your point . Can we move on now? #GhumHaiKisikeyPyaarMeiin
JUSTICE FOR SAI JOSHI pic.twitter.com/g6lRjTKu0k

criminal bachachor is suffering from amnesia @cockcrow_shaika @sidd_vankar you guys the woman who accept all her crimes how she want to steal sai baby and husband from her by doing illegal surrogacy and goons attack is bailed from jail within few hours #GhumHaiKisikeyPyaarMeiin pic.twitter.com/QUZ7CtGcDY

A longing mother who's suffering and tolerating with patience all is to finally get her rights as vinnu mother right from surrogacy days she was separated sometime by criminals so some by fate how more? @cockcrow_shaika #GhumHaiKisikeyPyaarMeiin #AyeshaSingh @sidd_vankar pic.twitter.com/eosNxrYipG