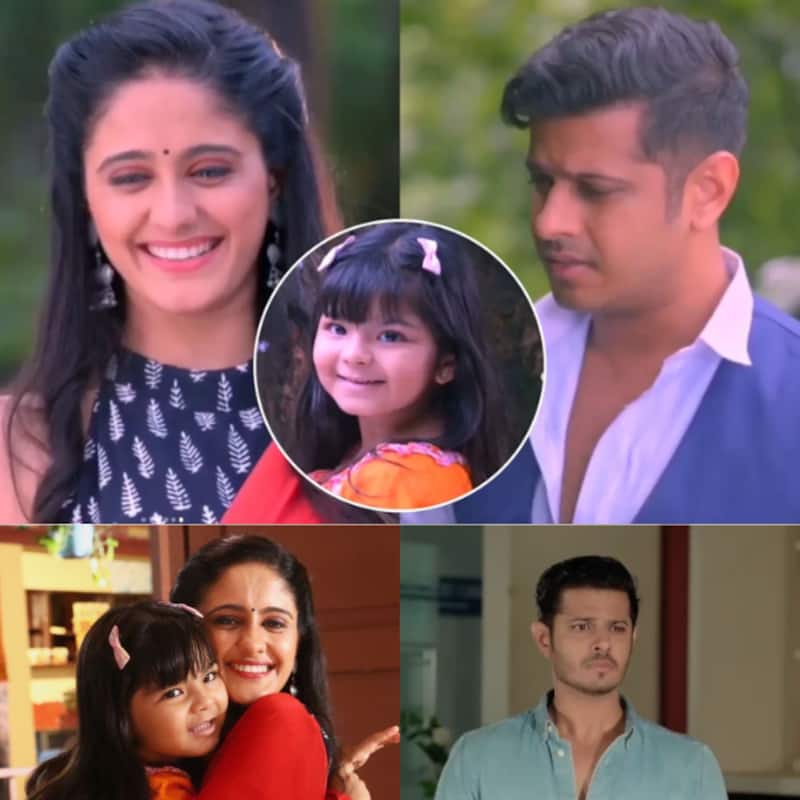 So, in Ayesha Singh, Neil Bhatt and Aishwarya Sharma starrer TV show Ghum Hai Kisikey Pyaar Meiin, we saw the story moving forward after the accident. Sai is presumed to be dead. Vinayak is back with the Chavans. Pakhi aka Aishwarya Sharma is Vinayak's mother while Virat is his father. On the other hand, Sai aka Ayesha Singh moves to Kankavli. She is shown with a daughter Savi, who is as talkative as Sai. Savi misses her father. Sai has not revealed anything about Virat (Neil Bhatt)or the Chavans to Savi. Ghum Hai Kisikey Pyaar Meiin is trending big time in entertainment news every day. Also Read - TRP Report Week 37: Ghum Hai Kisikey Pyaar Meiin, Anupamaa, Yeh Rishta Kya Kehlata Hai ratings improve despite online flak [Check TOP 5]

In the upcoming episode of Ghum Hai Kisikey Pyaar Meiin, we will see Savi writing on a three, asking when will her father be back. Virat happens to come across the same tree and feels sympathetic towards the child without knowing that it is Savi. He will write back to her message saying that her father will soon return. It seems the makers are planning a huge face off between Sai, Virat and Savi. It's surely gonna be interesting. Also Read - Ghum Hai Kisikey Pyaar Meiin: Netizens are cringing over the ongoing track; SLAM makers for focussing too much on Virat-Pakhi scenes and sidelining Sai [View Tweets]

Sai aka Ayesha Singh's character is being called out on Twitter. Some netizens, it seems, feel that Sai shouldn't have hidden her family's truth from Savi or that she shouldn't have kept Savi away from Virat. Ayesha's fans have come out in her support. Check out the tweets here:

After fankar made the laws unhelpful, sai has no other option, She had to hide savi from v?.

So vinu has issues with his legs….

I hope the makers show this as a consequence of the illegal surrogacy which caused issues to the development #GhumHaiKisikeyPyaarMeiin pic.twitter.com/IB64itlBjV

He is the one who ENDED everything when she left
He could have stopped her if he wanted.
Why should Sai tell Virat about Savi?
What is the guarantee that he wont snatch Savi and give it to Pakhi?
He and his criminal ache dost will do anything ! #GhumHaiKisikeyPyaarMeiin https://t.co/Ym0xJUIxQ4

Sai's habit of baat ko pakad kar baith jaana has been the cause of most of their problems. She did the same with deal & zimmedari jaap when no matter what Virat did she just wouldn't see it over what he said during their marriage. Let it go #GhumHaiKisikeyPyaarMeiin

Your favorite virat is andha in family love especially bhabhi love. For him wife comes at last only and he gave preference to his bhabhi wishes than wife. No wife will tolerate a husband like virat

Yeah how conveniently you forgot
Virat was the one who created the deal and zimmedari ?
And Pakhi was the reason Sai did that Jaap ?
And what did Virat do for Sai to stop the jaap?
Buy candy floss and Vada pav? ?
Where did he keep Pakhi away ? #GhumHaiKisikeyPyaarMeiin https://t.co/Cxnjk8j9DD

If Sai leaves the house, Virat said that their relationship will ends

Then why Sai has to inform about Savi to Virat??

Don't pitty savi she is a well raised girl without toxicity.
Pitty Vinu who had to live in pakhi's unethical womb for 9 months n calls her mom,lives in a zoo like CN with a father like Virat and grandparents like Omi, BK, SK #GhumHaiKisikeyPyaarMeiin

To make Sai look like the vamp here ?
The mother who separated her daughter from her abusive father#GhumHaiKisikeyPyaarMeiin https://t.co/utBE2hUitd