Gopi Bahu's laptop incident: Netizens learn that Raashi is the real culprit and hilariously demand justice for the former

Saath Nibhana Saathiya ended a long time ago. It was a hit back then but it has been grabbing headlines again after a social media enthusiast with a knack for music-making, Yashraj Mukhate had turned a heated conversation between Kokilaben, Gopi Bahu and Raashi in a hilarious musical rap. The video is still trending on every social networking site. For ages now, a video of Gopi Bahu aka Gia Manek washing Ahem's (her husband) laptop using soap and water had been shared countless times and people had trolled the actress and women in-general taking a jibe at their presence of mind. In the musical-rap video, we had learnt that it was Raashi (Rucha Hasabnis) who had taken the Chana's out of the cooker and kept empty cooker on the stove. Bet you didn't know that it was Raashi yet again who urged Gopi to wash the laptop using soap and water. Yes! It was Raashi all along. Also Read - Saath Nibhaana Saathiya's Vishal Singh-Rucha Hasabnis's reunion pictures make us miss Jigar and Rashi from the show

The video in which Raashi asking Gopi to wash the laptop is going viral as you read this. In the video, we can see them having a conversation. "Ye nayi quality ka hai. Waterproof hai. Pani se kharab nahi hoga. Acche se ghis...Aur thoda sa sabun bhi le. (The laptop is of new quality. It is waterproof. Cleaning it with water will cause no harm. Rub it properly. And use soap too)," Raashi tells Gopi. She also asks her to go and hang it on the rope so that it can dry off. "Ise aise geela mat chhor. Ise achhe se jaake aangan me sukha de (Don't leave it wet. Hang it in the verandah for drying)," she adds while enjoying and watching Gopi ruin Ahem's laptop. Have a look at the video here: Also Read - Mohammad Nazim, Gia Manek and others approached for the Saath Nibhaana Saathiya prequel? 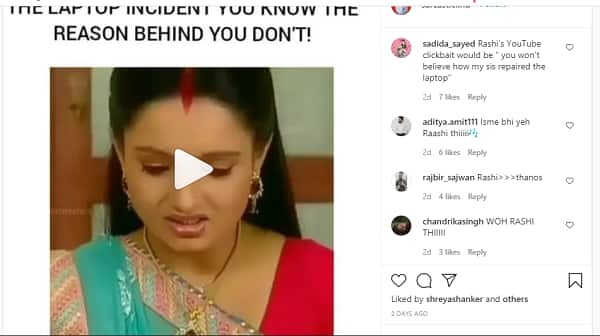 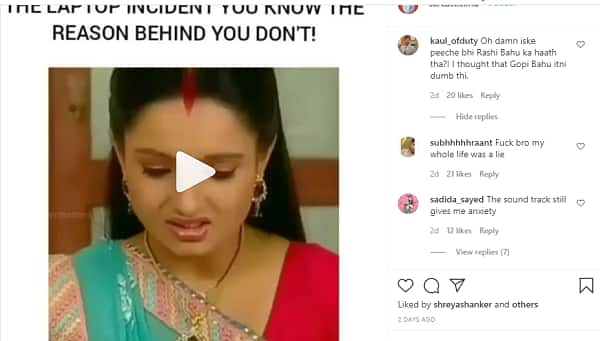 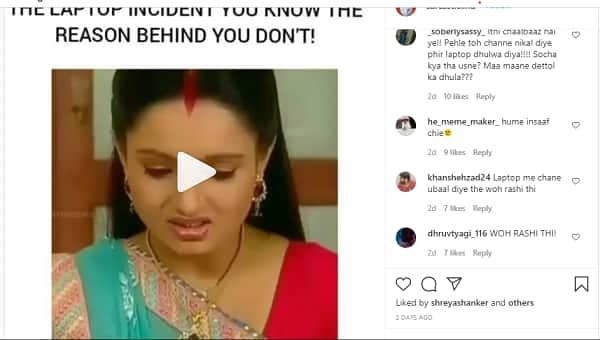