Guddan Tumse Na Ho Payega 15 January 2020 Preview: In tonight's episode Guddan uses Durga, Lakshmi and Revathi's help to get the real CCTV footage and show it to Akshat in time and stop the wedding. 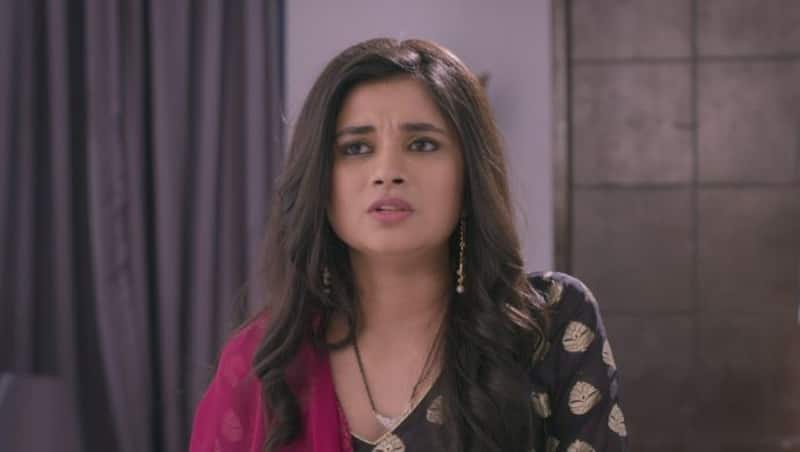 In the last episode we saw that Antara taunts Guddan, as the latter loses a challenge to her. Revathi hears about what Antara made Guddan go through and regrets being Guddan’s enemy. She apologises to Guddan for being against her and promises to be a good sister. Guddan forgives Revathi, who promises to help about proving the truth to Akshat. The next morning Saraswati is preparing for Akshat and Guddan’s haldi ceremony. Akshat asks Antara to get ready for the wedding immediately. Guddan stops the haldi ceremony only because she wants to put haldi on Akshat first. Later Guddan takes AJ to the terrace and asks him why he stopped believing her. Akshat gives Guddan time till that night to prove she did not ask for an abortion. Also Read - Guddan Tumse Na Ho Payega 14 January 2020 written update of full episode: Guddan promises Akshat to prove that she is innocent

Tonight’s episode of Guddan Tumse Na Ho Payega begins with Durga, Lakshmi and Revati teaming up with Guddan to expose Antara’s real face. On the other hand Antara, Parv and Saru celebrate as Antara is getting married to Akshat and Guddan is defeated. Meanwhile Guddan keeps trying to find out some proof. She then recollects about the CCTV footage as she knows that there must be some manipulation with the CCTV footage. While she is brooding about it, Antara enters the room. She starts taunting Guddan as she asks for Guddan’s mangalsutra for the wedding. Guddan gets very furious. Antara also reminds Guddan that she is snatching Akshat from her. Guddan gets shocked to know that Antara knows about the challenge Akshat has given to Guddan to prove her side. Antara tells Guddan that this time she will not be able to stop her wedding today. Guddan still confidently tells Antara that anything is possible by her. Later on Parv and Revati enter Guddan’s room as she sees her sitting alone. They take chloroform to make her unconscious but they get stunned to see Revati in place of Guddan. Also Read - Guddan Tumse Na Ho Payega 13 January 2020 written update of full episode: Akshat breaks all ties with Guddan

In the next moment, Lakshmi and Revati make Parv and Saru unconscious so that they cannot interfere in Guddan’s actions. They keep Saru and Parv in the store room and call Guddan (Kanika Mann) to let her know about the action they have taken. Guddan decides to look for the CCTV footage. Lakshmi then informs her that Durga has already left with Kishor in search of the CCTV footage. Guddan gets worried but Lakshmi and Revati ask her not to worry. Revati worries about Durga but Lakshmi is confident that Durga will definitely come back with the real CCTV footage. On the other hand doctor enters his house with some gifts for his wife. He gets stunned to see his wife kept at gun point by Durga. He begs Durga to leave his wife offering some money. Durga accuses him for aborting Guddan’s baby by cheating. She demands for the CCTV footage from the doctor. Durga decides to reach home with the CCTV footage as soon as possible so that Akshat will believe Guddan and stop his wedding. Kishor feels proud to have Durga as his wife. They leave for the house.

On the other hand Akshat is not yet ready. He keeps brooding about all that happened. Guddan enters the room. She sees Akshat in pain. She questions him about why he is getting married when he is not willing to. Akshat gets furious and starts getting ready. Guddan tries to make him understand the fact but he doesn’t believe her. He keeps blaming her for breaking his trust and killing their baby. He asks her to get out of his way which shocks Guddan a lot. Both of them keep remembering the moments they enjoyed together. They get into tears when the episode ends. Stay tuned to find out whether Guddan be able to prove that Antara is the main culprit.