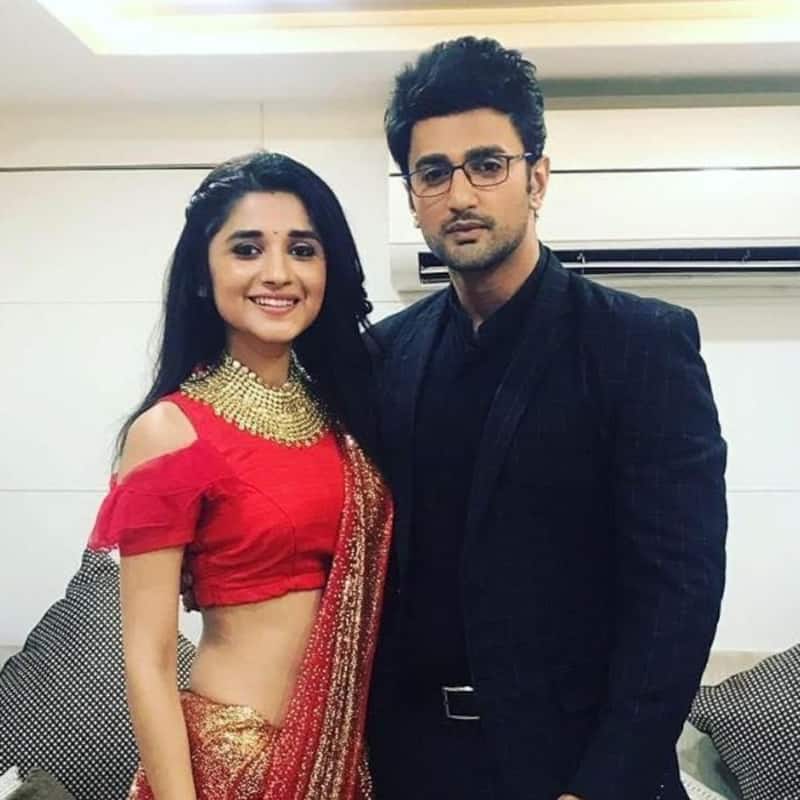 In the last episode we saw that Antara again tries to kill Guddan by trapping her in her shoot scene but Guddan notices her and makes Antara hang herself to the rope. Antara gets very scared but as Guddan’s heart is not that devious so she warns Antara and leaves her. By then Antara gets message from Akshat wherein he asks her to meet her at a hotel room at night. Antara taunts Guddan saying that Akshat wants to meet her at a hotel room alone and Guddan’s non-existence doesn’t affect him. Guddan gets hurtful. Antara then reaches to the hotel wherein she finds the room very beautifully decorated by Akshat. She gets very delighted but then Akshat arrives there. He reveals that he has he knows the truth and threatens Antara to burn her if she doesn’t admit the fact. He then gets Antara arrested. Akshat feels very guilty for not trusting Guddan so prays to god to bring happiness in her life. He decides to go away from her as a punishment. Also Read - Kanika Mann Birthday Celebration: Sriti Jha, Siddharth Nigam, Rashami Desai and others party with Khatron Ke Khiladi 12 star [View Pics]

Tonight’s episode begins with Guddan crying having her mother’s photo in hand. She is very hurt with Akshat’s behaviour as she is not aware that he knows the truth but wants to stay away from her as he is feeling guilty. She decides to move on again with her family. Guddan’s father Bhushan and mother Kaushalya console her. They ask her not to be sad and move on with her work. On the other hand Dadi is still stubborn on reuniting Guddan and Akshat. Durga shares her plan which will make Akshat express his feelings for Guddan. Dadi and Lakshmi also team up with her for the plan. Durga also shares that she has an idea to get Guddan into their plan too. Meanwhile Revati discusses with her parents that everything should just end as Guddan has already suffered a lot. By then Guddan comes there. She looks very tensed as she gets a call wherein she is informed that Dadi is not well. Bhushan tries to stop her from going but Guddan fails to control herself and leaves for Jindal house. When Guddan reaches there, she finds Dadi completely fine. She wonders about it. Also Read - Khatron Ke Khiladi 12 grand finale written update: Tushar Kalia BEATS Faisal Shaikh and Mohit Malik to be the ultimate winner

Durga and Lakshmi apologize to Guddan for lieing to her. They share with her that they will be looking for a new groom for her which shocks Guddan. She gets very angry on them. Akshat overhears their discussion. He gets very furious. Dadi finds his knees bleeding but Akshat ignores it. Dadi, Lakshmi and Durga defend Guddan saying that she deserves to get married again and be happy. Akshat pretends that he is angry with Guddan and keeps arguing. He tells her that she will not be able to get married again. Guddan also gets angry and takes it as a challenge. She asks Dadi to look a groom for her which shocks Akshat. Durga and Lakshmi notice Akshat’s reaction. Akshat asks her to stay in the house till she gets married as he wants to see how she can get married to someone else. He leaves from there. But gets very scared as he fears of losing Guddan. He sees a bottle of alcohol but he recollects the promise he had given to Guddan when she met with an accident because of his alcohol.

So he throws away the bottle. He feels that because of the challenge, she might get someone who will keep her happy always. By then Guddan overhears everything. There is a flashback wherein the doctor also informs Guddan that she was never pregnant and the copy of the report has been sent to Jindal house. Guddan learns that Akshat knows the truth but still doesn’t want to admit that he loves her. So she decides to make him say ‘I Love You’ to her. Guddan then goes to meet Antara in the jail. She blames Antara for everything that is happening between her and Akshat. She tells Antara that she will not let Akshat punish himself anymore. Dadi, Durga and Lakshmi also arrive there. They declare that it is the end of their fake Sasu Maa Antara as they will be with their actual Sau Maa Guddan. Guddan is also happy to have them with her. Stay tuned for more scoops and updates of the show.