Guddan Tumse Na Ho Payega 28 May 2019 written update of full episode: Differences between Akshat and Guddan over Angad being the culprit

Guddan Tumse Na Ho Payega 28 May 2019 written update of full episode: Akshat gets very angry as he assumes Angad as the culprit but Guddan still asks him not to accuse Angad for Durga's issue. In the mean time, everyone learns that Angad and Revati are in a relationship 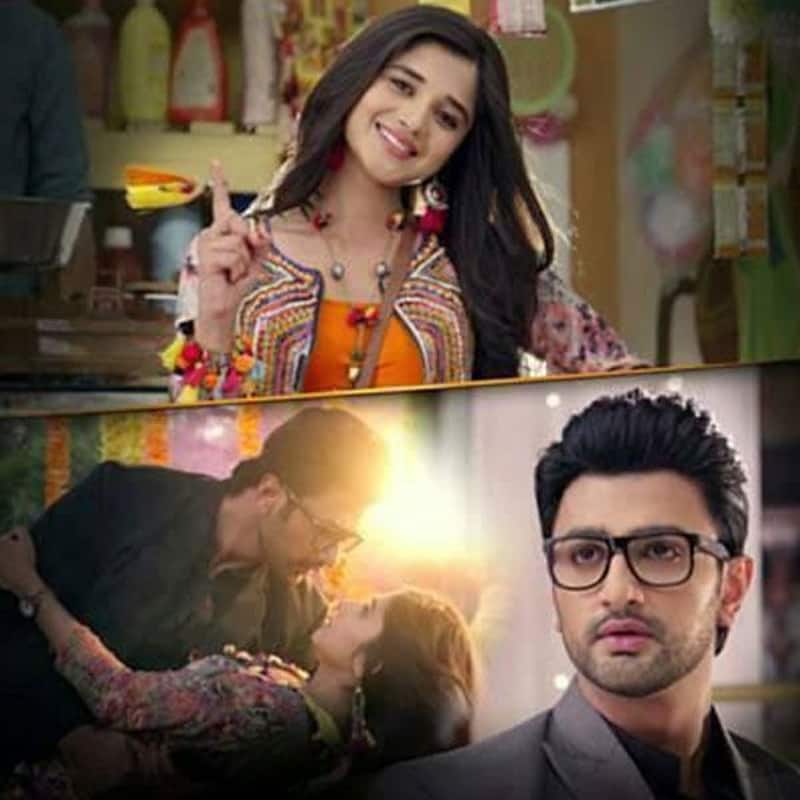 In the last episode we saw that Shanti Bua finally accepts Guddan's friendly attitude. She blesses Guddan and also believes that Guddan cannot do anything wrong with her family members. Guddan also shares her idea of looking for the Burkha which is the proof to catch the culprit who tried to kill Durga. By that time both of them see Angad going into his room in a Burkha. Akshat gets very furious. Tonight’s episode starts with Akshat getting angry to know that Angad is the person in Burkha. But Guddan stops him as she still believes that Angad cannot try to kill Durga. She makes Akshat calm down. But Akshat still decides to punish Angad. Guddan requests Akshat to give her some time to find the real culprit as she feels that Angad may not be the one. Akshat finally agrees for the same. Next day morning, Guddan is folding the sarees kept on the table, she decides to talk to Angad before Akshat bursts on Angad. By that time Angad comes there. He takes her in the room where he decorates her room to welcome her back in the house. Guddan notices some injury on Angad’s forehead. Angad gives some fake reason. Before Guddan talks to Angad on the topic, Akshat also enters the room. Also Read - Guddan Tumse Na Ho Payega 15 January 2020 written update of full episode: Revati, Lakshmi and Durga help Guddan in finding the real CCTV footage

He gets shocked to see the decoration in the room. Guddan handles the situation by appreciating Angad’s efforts in the decoration. Akshat gets upset with Guddan as she couldn’t talk to Angad on the issue. Guddan (Kanika Mann) again tries to make Akshat understand that Angad is not the culprit. But Akshat still doesn’t believe her. Guddan gets tensed and decides to do something as early as possible. In the mean time, Angad gets some smell of cake. He goes outside his room where he finds the cake. He identifies that it must be made by Revati. They share a romantic moment. Revati confirms whether Angad is fine. Revati feeds cake to Angad. Parv sees it and starts shooting there moment as he is jealous. Angad and Parv start fighting with each other for Revati. Revati gives a tight slap to Parv. She reveals that she and Angad are in love with each other and he should not interfere in their matter. Parv still keeps on saying bad words about Revati. Angad gets very furious. He takes Parv’s gun. Everyone comes to stop Angad as he is about to shoot Parv. Akshat stops Angad. Revati reveals to everyone that she is in love with Angad. Also Read - Guddan Tumse Na Ho Payega 14 January 2020 written update of full episode: Guddan promises Akshat to prove that she is innocent

Everyone is shocked to know that. Durga taunts Guddan by saying that Revati is also trying to be a part of rich family like Jindal. Parv also fuels the issue by showing the video of Angad and Revati. Akshat gives a tight slap to Parv. He bursts his anger as Parv humiliates Revati. Durga questions on Angad saying that he loves Revati as he earlier had said that he was in love with Guddan. Dadi still supports Angad. Revati apologizes to Guddan for not sharing the fact earlier. Guddan also defends Angad in front of all. Akshat goes upstairs. Saru also opposes about Revati but Dadi gets very angry with Durga and Saru. She clears that she has no problem if Angad and Revati love each other. Revati also again apologizes to Guddan. But Guddan is happy and accepts her relation with Angad. Parv gets angry. Guddan decides to find out the real culprit soon. Stay tuned to find out what happens next. Also Read - Guddan Tumse Na Ho Payega 13 January 2020 written update of full episode: Akshat breaks all ties with Guddan