Happu starts crying and tells Amma that his uncle told him that he is not the real son of Katori. Amma gets angry and clarifies that his uncle is jealous of her and that is why he lied to him 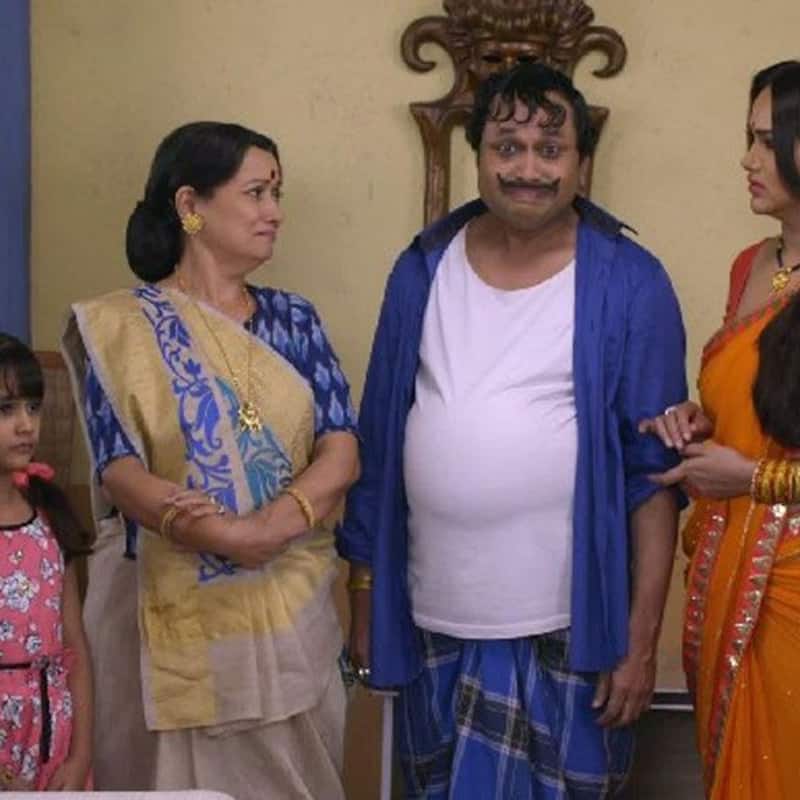 In the last episode of Happu Ki Ultan Paltan, we saw Ranbir and Hrithik reminds Chamchi that she is not a part of the family and tell her to clean their shoes. Amma observes that Happu is upset and when she asks him the reason, he replies that one of his friends has come to know that he was abandoned by his parents soon after her month. Later Beni gives him a bottle of alcohol and tells him that this will help him control his emotions. In the night he tells Rajesh that he wants to find his real parents. Also Read - Official remake of Amitabh Bachchan's Anand announced; fans want Ranbir Kapoor to play the lead

In tonight’s episode, Happu and Rajesh come to Amma’s bedroom at night to ask her about the tokri. She says that the vegetable seller named Tiwari had given her the tokri. Happu assumes that he is his real father and starts crying again. Also Read - Trending celeb pics of the day: Riddhima Sahani in Mumbai for Ranbir-Alia wedding, Debina Bonnerjee shares daughter's nursery pics and more

Meanwhile, Chamchi hears Hrithik and Ranbir talking about how they fooled her to believe that she is an orphan. She immediately goes to Malaika and tells this to her. Both of them make a plan to teach a lesson to the boys. Later that day, Hrithik and Ranbir come across a letter that is written by Chamchi. After reading it, they come to know that Chamchi has left the house thinking she was an orphan. Just then, Malaika comes there and learns about the letter. Both the boys admit they had played a prank on Chamchi. Also Read - Trending Entertainment News Today: Kareena Kapoor Khan arrives at Kunal Kapoor's house, Katrina Kaif teams up with Vijay Sethupathi, Alia Bhatt denied showing Gangubai Kathiawadi to Ranbir and family and more

In the evening, Hrithik and Ranbir admit their mistake before Amma, Happu and Rajesh. They say that they had played a prank on Chamchi by telling her that she is an orphan. Malaika quickly calls Chamchi who was hiding inside the house. Hearing about the orphan thing, Happu starts crying and tells Amma that his uncle told him that he is not the real son of Katori. Amma gets angry and clarifies that his uncle is jealous of her and that is why he lied to him. In the end, all the confusion is sorted.

What do you think will happen in the next episode? Let us know your thoughts in the comments with the hashtag #HappuKiUltanPaltan.