Yeh Rishta Kya Kehlata Hai actress Hina Khan gets brutally trolled for wearing a monokini and posting pictures about the same on her Instagram. Hina faced abuse online as netizens dragged her religion into it. 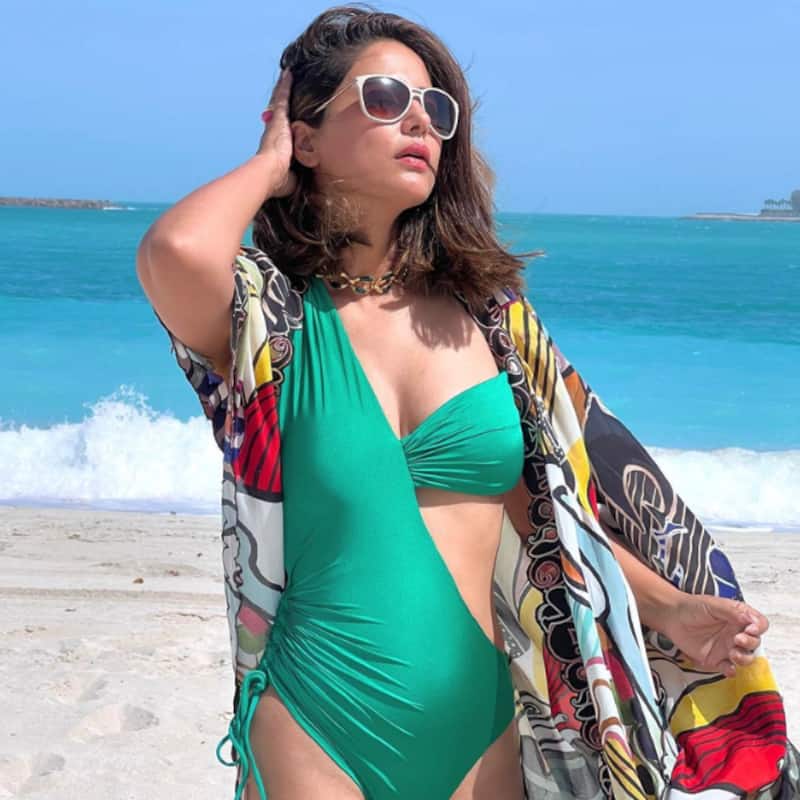 Hina Khan is one of the most popular names in the TV industry today. She entered showbusiness with Yeh Rishta Kya Kehlata Hai which made her a household name. Hina Khan then entered the reality TV space and won hearts for her fighting spirit, courage and boldness. Hina has also been making the country proud by representing at the Cannes Film Festival and more. However, despite having made so much name, and having achieved success, Hina Khan gets trolled. And it is for her choice of clothes. The former Khatron Ke Khiladi contestant had posted some pictures in monokini from her vacation in Dubai. However, fans are not liking it. Also Read - Bigg Boss 16: Karan Kundrra, Sidharth Shukla, Hina Khan and more - Meet the Highest Paid contestants in the history of Salman Khan's show

Hina Khan has never shied away from posting bikini or monokini pictures on her gram. She loves to conduct photoshoots and share her experience online with her fans. While some appreciate it, some don't like it and bring her culture into the scene. Hina Khan had shared some pictures in an aqua green monokini. She indeed looked super hot. Fans had been in a tizzy for days after she shared the pictures. Hina looks mesmerizing in the Shivan and Narresh monokini. Hina captioned the post saying, "Soak up the sun Hon." Check out the pictures below: Also Read - Nia Sharma, Shivangi Joshi, Nikki Tamboli and more TV actresses who rock athleisure [View Pics]

Hina Khan gets brutally trolled and slammed for wearing monokini and also posting pictures online. Some commented on her pictures asking her about her religion. Some commented saying that the almighty should give her some sense and bring her onto the right path again. Some commented saying that she should feel ashamed. Check out the shocking reactions to Hina Khan's monokini pictures here: Also Read - From disrespecting Hina Khan, Helly Shah for their Cannes appearance to calling Nayanthara a lesser star; 5 times Karan Johar proved he needs to think before he speaks

Earlier Hina Khan had reacted to the online brutal trolling that happens. A couple of days ago, Hina tweeted out saying that one should set boundaries for the sake of mental peace. The former Khatron Ke Khiladi contestant said, "Insensitive, rude, disrespectful people come in all forms and don’t know boundaries.. They are intrusive in your business and will say anything to hurt you..So my dear, set boundaries and get rid of those who cross the line..Boundaries protect your mental health you see #Peace (sic)."