Popular TV actress Hina Khan, who garnered nationwide popularity for her portrayal of Akshara in Yeh Rishta Kya Kehlata Hai, has been quite open about her personal life on social media. The gorgeous beauty has been in a relationship with Rocky Jaiswal for a very long time and the duo often posts some amazing pics dishing out major couple and relationship goals. Though the Hacked recently made our heads turn with her recent insta-story, where she posted her pic and wrote, "Time To Breakup" Also Read - Yeh Rishta Kya Kehlata Hai Spoiler alert: Abhimanyu CONFRONTS Harshvardhan; Manjari falls unconscious 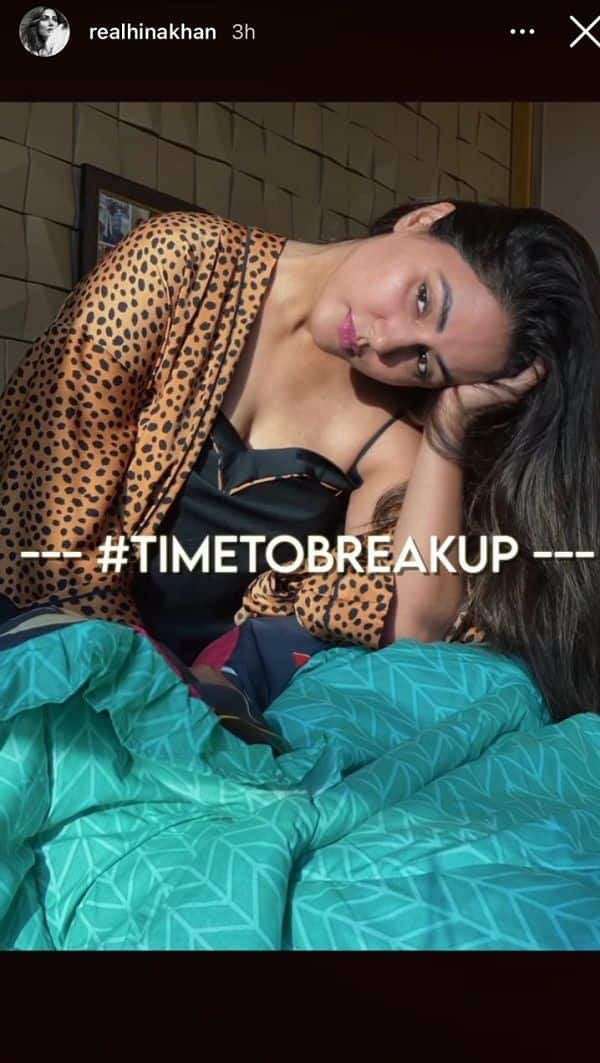 Don't be sad Hina Khan, we can't see you like this always be smile and happy, you are Okey ?
HINA KHANpic.twitter.com/tavjrTH5Rl

This picture instantly went viral on social media and the fans started speculating that Hina has broken up with Rocky. Though later, Hina Khan clarified that the post was a part of the promotion of a brand, which she was endorsing. The actress wrote, “Thank you so much for all your concern on my last post, but when I said I have not been supported it was for my break up from ill-fitted bras. I am now free from discomfort, pain, bad posture and strap marks thanks to the free Bra fit service from Marks & Spencer.’ Also Read - Shaheer Sheikh, Divyanka Tripathi, Surbhi Chandna and more – Meet the TV celebs who ACED the Instagram game this week

She added, “Majority of women around the world wear the wrong bra size. We tend to buy the same size over and over again without checking if that is right. Also, a bra is used for more than a year even if it loses its shape and form. We women need to break free from these wrong habits.”