Hina Khan talks about betrayal in her cryptic posts; fans hope all is well in her relationship with Rocky Jaiswal

Hina Khan has suddenly shared a few cryptic posts talking about betrayal and it has now left her fans worried about her relationship with Rocky Jaiswal. 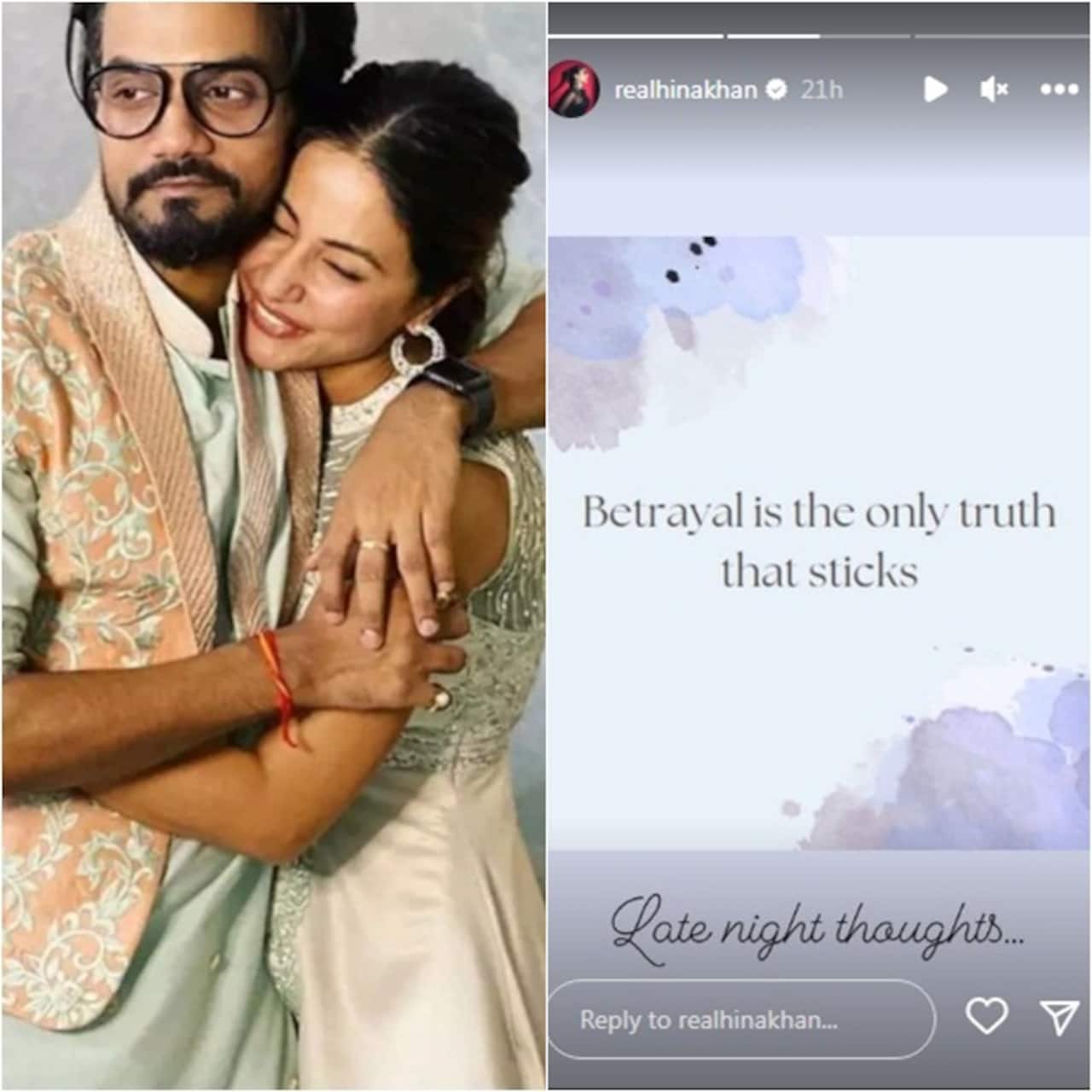 Hina Khan has suddenly shared a few cryptic posts on her Instagram stories talking about betrayal and it has now left her fans worried about her relationship with Rocky Jaiswal. Her post has come after Bigg Boss OTT winner Divya Agarwal announced her engagement with her boy friend Apurva Padgaonkar, almost nine months after parting ways with her Varun Sood, whom she met on the sets of Ace Of Space. Also Read - Bigg Boss 16: Tina Datta, Karan Kundrra, Hina Khan and more contestants' who were part of 'mastermind' club

The actress took to her Instagram stories to share a quote which reads, "Betrayal is the only truth that sticks." Followed by another post that said, "Remember to forgive yourself for the blindness that put you in the path of those who betrayed you. Sometimes a good heart doesn't see the bad." Also Read - Palak Tiwari, Nia Sharma, Mouni Roy and other TV divas with washboard abs [View Pics]

Her cryptic posts have taken the social media by storm. Fans have been hoping everything is alright in her relationship with Rocky Jaiswal. Many people kept on wondering what wrong could have happened in Hina's life while others extended their support saying that they are always there for her, asking the actress to stay strong. However, some people felt that Hina was promoting her upcoming project and it might just be another promotional tactics. Also Read - Lohri 2023: Deepika Padukone, Erica Fernandez and more Bollywood and TV's desi girls show you how to deck up for festivities

Always smile on your face HK and please please show your face on instagram story I miss you your workout selfies made my day but you are not so active on instagram now days I hope and I wish you will be fine by the grace of Allah Almighty keep smiling @eyehinakhan #Hinakhan #love pic.twitter.com/BGold1EQLB

Last year, Rocky had talked about his marriage plans with Hina. He had said that they have together for a good number of years and have been through ups and downs that they can be after marriage. He said that they don't want to get married just for a societal tag, adding that there is still time for marriage.

He had also said that he would not be close to anyone the way he is with Hina and there is openness and transparency in their relationship. The two met on the sets of her TV show Yeh Rishta Kya Kehlata Hai in 2009 and they hit it off instantly.