Hum Paanch 13 April 2020 Episode Update: In tonight's episode Anand Mathur gets shocked as Kajal's principal complains about Kajal for her behaviour in the school. Anand goes on a hunger strike till Kajal apologizes for her behaviour but Kajal doesnt bend down. At the end both of them settle the matter with a deal of Anand paying Rs.1500/- to Kajal for school picnic 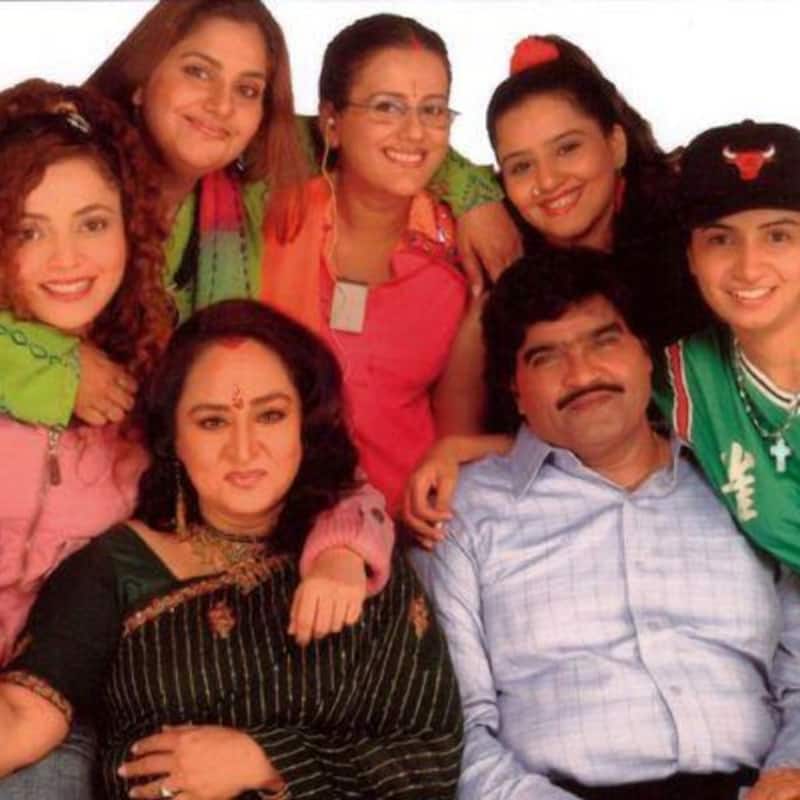 Due to Covid-19, all are enjoying family time at home. Here is another reason to laugh as 90’s hit show ‘Hum Paanch’ is being aired again from today. In today’s first episode Anand Mathur is shown shivering due to cold. He gets frightened to see his daughter Sweety with a mask applied on her face. He gets angry with her as he finished having bath but Sweety has not got freshened up yet. Sweety keeps irritating Anand with the wrong time of her comedy punches. Anand then enters his bedroom and keeps uttering something about stupidity of Sweety. Beena gets upset with him for the same. Anand calls his house as a ‘Mini Mental Asylum’. Beena adds up calling him the main mental patient. Anand gets furious and asks her to make his breakfast ready. Then Anand goes to get ready but he finds only his trouser and not the shirt. He calls out Beena’s name to ask for the shirt. Beena tells him to look around the trouser only. Just by then Anand sees his another clever daughter Radhika coming that side reading a book. He asks her about it, Radhika replies that there is still time for it. Also Read - From Karan Kundrra to Bigg Boss' Paras Chhabra: Top TV stars who were accused of cheating on their partners

Radhika keeps on giving weird replies whenever he asks about his shirt. Anand gets very furious and irritated. Then he realises that Radhika is not wearing her hearing machine. He calls her dump and leaves from there. His first wife who is no more now talks to him from her photo frame. She scolds him for calling Radhika as a dump. Anand apologizes for the same and leaves from there as he is already irritated. While he is talking to his dead wife, Beena notices that. But Anand avoids the topic as Beena is not aware that Anand was talking to the photo frame. Later on Anand finds that his third daughter Kajal has worn his shirt as she likes to be like a tom boy rather than a girl. He asks Kajal to give him his shirt back but Kajal threatens to complaint to her mother about him. Anand gets scared but his dead wife makes fun of him. Kajal asks Anand to get ready informing him that the principal of her school has called him else she will not be allowed to come to the school. Anand is shocked as Kajal demands for Rs.100/- as she thinks of taking someone else as her father on rent. Also Read - Sana Amin-Aijaz Sheikh, Nisha Rawal-Karan Mehra: SHOCKING splits of these TV celebs left fans heartbroken

He tells Beena about it which shocks Beena too. Beena starts beating up Kajal with a broom. Another daughter of Mathur family which is Madhuri enters the house with a tiffin. While Kajal and Beena bump into her and the food from the Tiffin gets spilled on Anand. Sweety enjoys the scene. Later Anand falls ill due to cold. Beena sits beside him to make him comfortable. Anand (Ashok Saraf) asks Sweety to inform his boss about him not being able to go to office due to illness. But Sweety irritates him with her stupidity and then calls his office. Anand gets very furious as she starts uttering rubbish. Anand snatches the phone and informs his boss that he is feeling sick so won’t be able to come for the day. Anand gets very irritated and asks Sweety to leave from there. He also gets upset with Beena for not having control on their daughters. Beena also argues with him on the same. Later on the youngest daughter of Anand and Beena shares about the fight with the neighbour family to Beena. Beena also enjoys the same. Also Read - Jhalak Dikhhla Jaa 10 star Rubina Dilaik misses 'love, light' of her life Abhinav Shukla on his birthday [View Photos]

The young girl also tells Beena that she told the neighbour that her father doesn’t have courage to argue with her mother. Anand overhears the conversation. While he questions Beena about it, Kajal asks him whether he will be coming to her school. Anand agrees for the same. Kajal gets happy as she wants to enjoy the issue between her father and the Principal. When they reach to the school, the principal doesn’t believe that Anand is Kajal’s father as Kajal had brought someone else as her father. So the principal asks for a proof for Anand being Kajal’s father. Anand presents his identity proof. Principal complaints about Kajal as Kajal beats up boys and is still studying in 7th standard as she constantly fails to pass in the examination. Anand is shocked to hear that. The principal gets angry and suspends Kajal for a week. Kajal gets delightedto hear that but Anand gets very disappointed with Kajal’s behaviour. He goes on a hunger strike till Kajal apologizes for her behaviour. Kajal in turn gets upset with the principal. Anand’s daughters try to make Anand break his hunger strike but Anand is still adamant on his strike till Kajal apologizes. Kajal also refuses to bend in front of Anand. All her sisters try to pacify her but she doesn’t. At night while everyone is asleep, Anand feels very hungry.

While he moves from the bed as he decides to eat something, Beena still spies him. She asks him where he is going. Anand fakes that he is going to the washroom. He then enters the kitchen. But before he eats something, Kajal arrives there. She questions him about him being in the kitchen. Anand is shocked but lies to her. Anand requests Kajal to listen to him but Kajal in turn puts a condition as she demands Rs. 1500/- so that Anand can break his hunger strike without letting know his family. Kajal informs the family about it. Anand and Kajal pretend that they are a team now. But Radhika and Beena become suspicious about them. Will they find out Kajal and Anand’s plan? Stay tuned to find out.