Imlie: Fahmaan Khan and Sumbul Touqeer sing along to Iktara as he drops her home after an exhausting whole night shoot - watch video 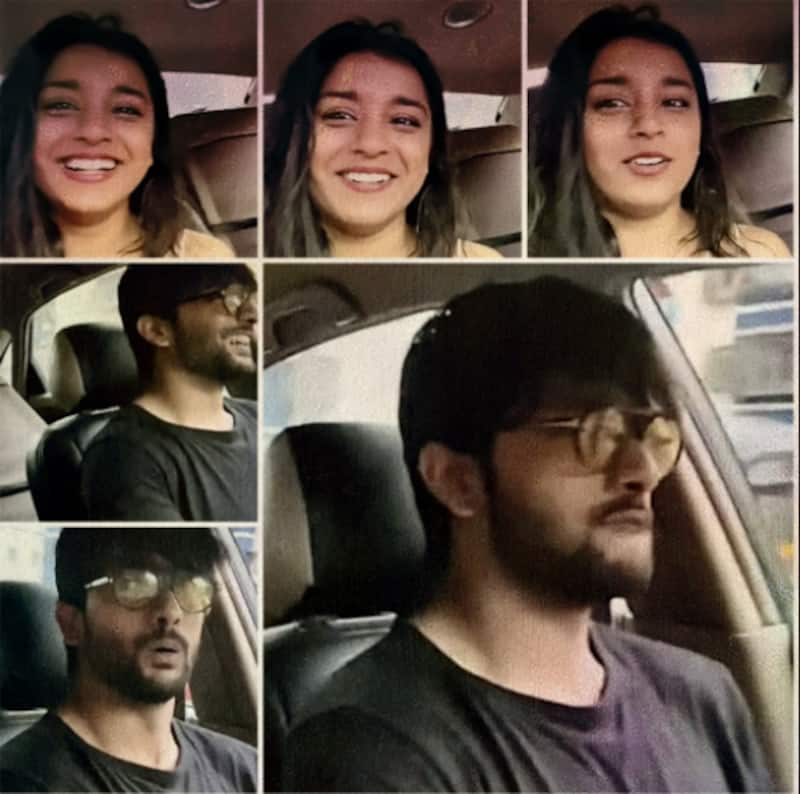 Imlie fans are loving the bond between Fahmaan Khan and Sumbul Touqeer. The two finished an all-night shoot for an exhausting sequence. It seems Fahmaan Khan dropped Sumbul Touqeer home. Both the stars took a quick shower before they got into the car. Fahmaan Khan can be seen in a black tee with track pants while she is in a tube top with denim shorts. In the car, the song Iktara is playing. The two are discussing the shoot, and how tough it was. Take a look at the video... Also Read - Alia Bhatt, Allu Arjun, Kareena Kapoor, Karan Johar and more – London is filled with Bollywood and South stars; here's what they're up to

they are together and listening to Iktara?? ? ?

He is like a small KID, who gets SURPRISED ?
CUTE ❤️#Arylie|#Imlie|#FahmaanKhan pic.twitter.com/h3Bu37gnvs

Imlie fans are so happy seeing the bonding between the two. There is a video where Fahmaan Khan is seen cutting a cake sent by a fan Akshita. His dad is also with him. The video was made by Sumbul Touqeer. Fans love to ship Aryan Singh Rathore and Imlie together. Also Read - Urfi Javed on the radar of an extremist? Bigg Boss OTT contestant tags Mumbai Police after a man threatens to kill her

The show is going to explore new areas now. After Gashmeer Mahajani, Manasvi Vashisht also left the role of Aditya Kumar Tripathi. Malini Deshmukh is still a part of the cast. The show has made Fahmaan Khan very famous. He said in an interview, "Well, the show screams intensity more times than not. At least since I've come in, we've had intense scenes all along but yes, off late it's been much more than before. As for me, I love each and every second of an intense scene or an intense track. There's everything to give as an actor when it comes to doing these kind of scenes." Also Read - Rekha's lavish lifestyle and multiple sources of income during her semi-retirement phase will leave you STUNNED